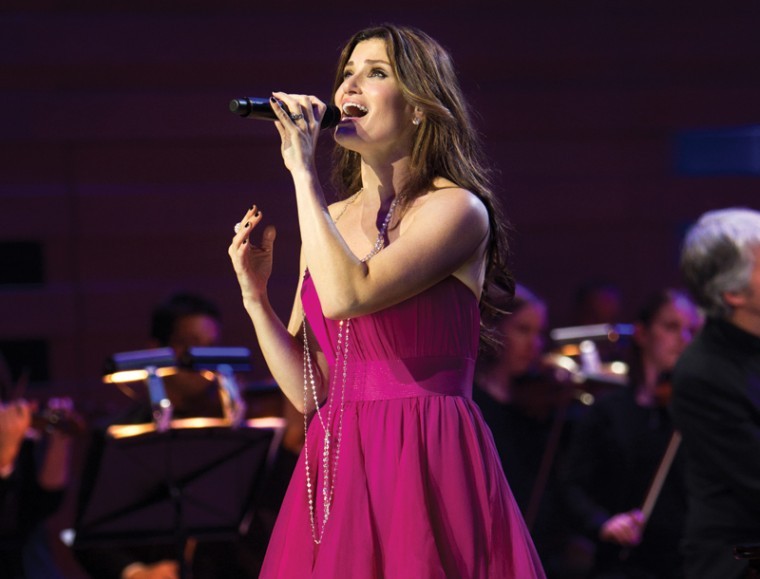 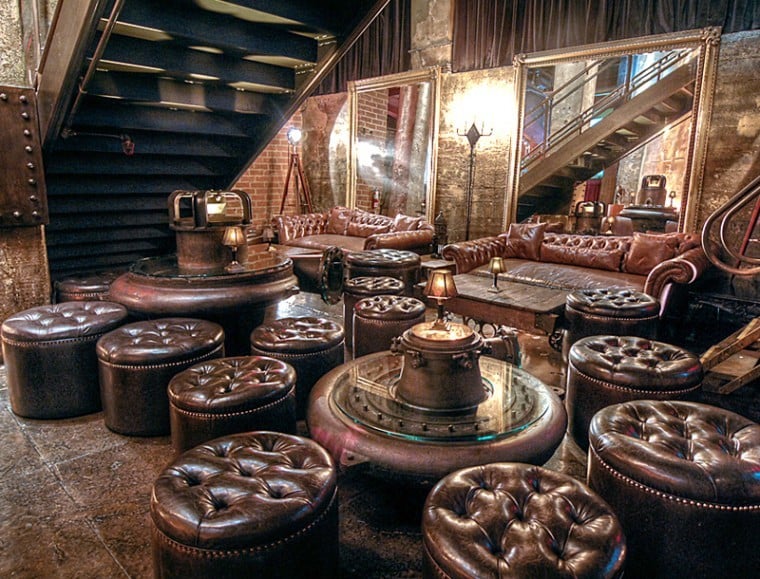 The Edison celebrates boiler room chic with a massive party. There will be music, stilt walkers and someone pushing an absinthe cart. 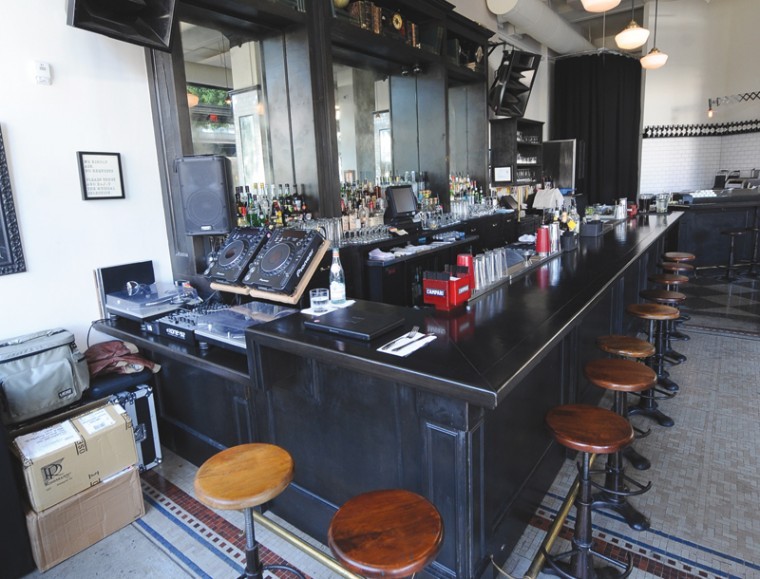 Get in touch with your inner Gatsby at the Fashion District’s Pattern Bar, where Dec. 31 brings a Roaring ’20s party. 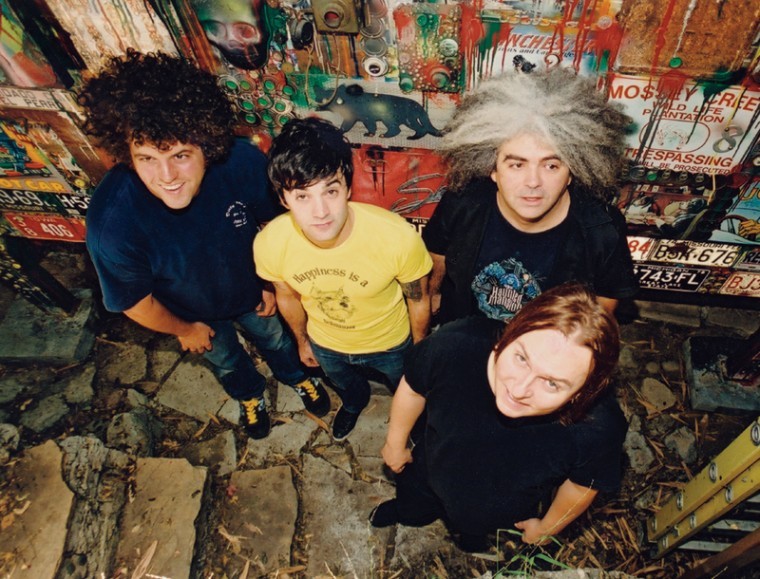 Redd Kross break in 2013 with a show at the Alexandria Hotel. 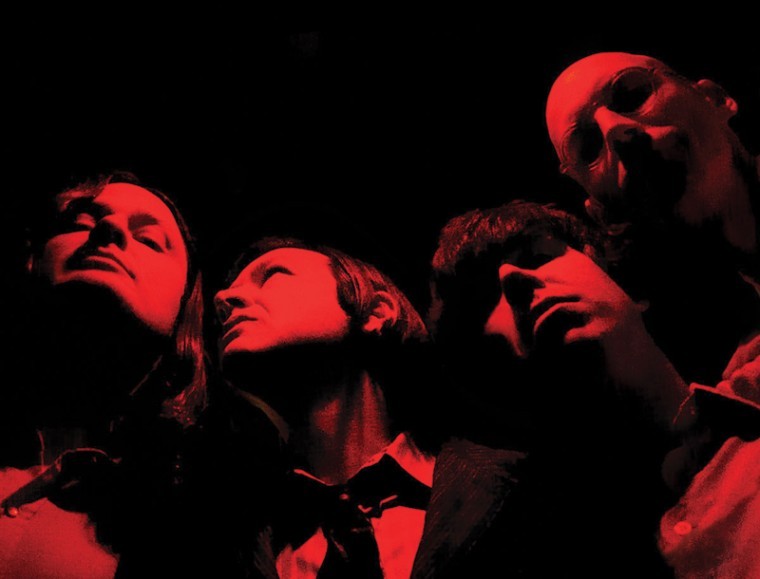 Redd Kross breaks in 2013 with a show at the Alexandria Hotel. 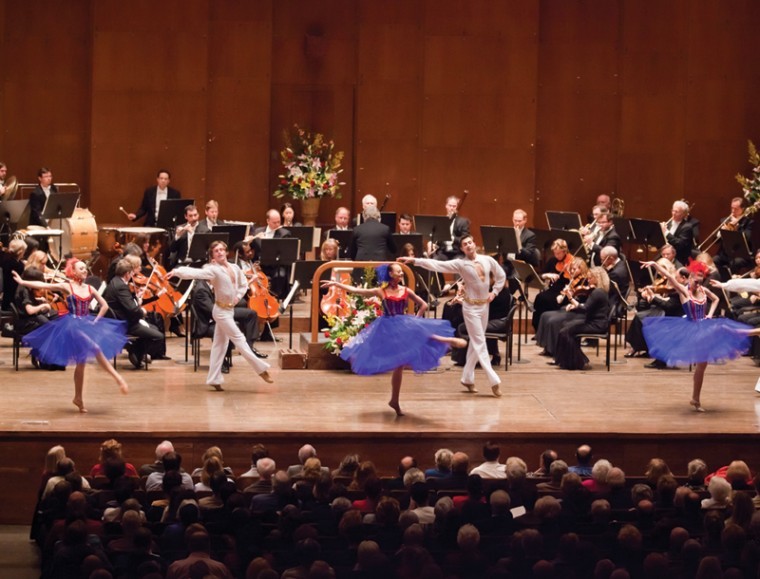 Get a jump on New Year’s Eve with a Dec. 30 replica of Neujahrskonzert, the New Year’s concert of the Vienna Philharmonic. The Salute to Vienna event takes place at Walt Disney Concert Hall.

The Edison celebrates boiler room chic with a massive party. There will be music, stilt walkers and someone pushing an absinthe cart.

Get in touch with your inner Gatsby at the Fashion District’s Pattern Bar, where Dec. 31 brings a Roaring ’20s party.

Redd Kross break in 2013 with a show at the Alexandria Hotel.

Redd Kross breaks in 2013 with a show at the Alexandria Hotel.

Get a jump on New Year’s Eve with a Dec. 30 replica of Neujahrskonzert, the New Year’s concert of the Vienna Philharmonic. The Salute to Vienna event takes place at Walt Disney Concert Hall.

DOWNTOWN LOS ANGELES - Goodbyes tend to be sad occasions, except when people say goodbye to another year. After mumbling and stumbling through “Auld Lang Syne” because no one actually knows the words, the night usually turns into a party.

Come New Year’s Eve, there will be plenty of that happening in Downtown Los Angeles. Best of all, there is something for seemingly everyone, whether it involves a nice meal, dancing or music. Here are some of the many ways in Downtown that you can welcome 2013.

Seeing Redd: In recent years The Alexandria has turned into a happening spot. On Dec. 31, the Historic Core building that holds The Gorbals restaurant and Garrett Morris’ Downtown Blues & Comedy Club will also be the site of the community’s biggest New Year’s Eve concert. Stalwart pop punks Redd Kross and heavy hitters TheMelvins will perform in the hotel’s King Eddie Ballroom. The show, presented by Spaceland, Blundertown and radio station KROQ, is for the 21 and over crowd, and in the words of the organizers, “black dress attire is preferred.” Redd Kross, a pioneer of the L.A. punk scene in the ’80s, is still fronted by brothers Jeff and Steve McDonald; the band recently released their first album in 15 years, Researching the Blues. The Melvins, meanwhile, formed in Seattle in the early ’80s and are known for their dark, heavy and moody sound. They influenced Pacific Northwest acts including Nirvana and Soundgarden, even if they never got the acclaim of their more accessible brethren.

Have a Hart: Starting the new year with a few laughs is never a bad thing, and comedian Kevin Hart will try his hardest to help you do just that. The funnyman will perform at Staples Center on Dec. 31 at 10 p.m. In addition to dominating on the stand-up circuit, he’s been on the big screen in films like this year’s Think Like a Man. He also notched roles on sitcoms such as “Modern Family.”

Vienna to Idina: On Dec. 31, the Walt Disney Concert Hall hosts two performances by Tony winner Idina Menzel. You may know her for her Broadway turns in Rent and Wickedand on TV’s “Glee.” She’s also known for singing some of Broadway’s best-known tunes, and in Downtown on New Year’s Eve she’ll do it twice, with shows at 7 and 10:30 p.m.

In case you want to get an early jump on the new year, Disney Hall is also going continental. Dec. 30 marks the return of the program Salute to Vienna. The 2:30 p.m. show pays homage to the king of waltzes, Johann Strauss Jr. The concert re-creates Neujahrskonzert, which is the New Year’s concert of the Vienna Philharmonic. It will be conducted by Austrian native Andreas Mitisek of Long Beach Opera.

Dance Mix: The EDM crowd never misses a reason to dance the night away. Fortunately for them, on Dec. 31 there will be plenty of electro house and techno dance music with DJs Nicky Romero and Zedd. The show starts at 9 p.m. at ClubNokia. Expect a cornucopia of dazzling sounds from the duo who teamed for the track “Human.” They’ll break in the new year by playing some of their best mixes.

All for One: Speaking of raves, there’s nothing like the Together as One party, which every year attracts thousands of revelers. The website doesn’t list who’s manning the turntables, but it’s a safe belt that some big names will be on hand and they’ll share their love of the music. In case that’s not enough dancey unity, there is also a pre-party taking place on Dec. 29. Everything happens at the Shrine Exposition Hall.

At 649 W. Jefferson Blvd. or newyearsevela.com.

Less Is More: The folks at WP24 initially planned on offering a 10-course tasting menu for $190 on New Year’s Eve. But things got changed up at the Wolfgang Puck outlet. Now the venue on the 24th floor of the Convention Center hotel is offering a four-course dinner for $110. The meal includes options like “Angry” live Maine lobster, roasted Peking duck, glazed pork belly and glazed quail. Exceptionally hungry diners can get extra side dishes like Shanghai noodles and the stir-fried wild mushrooms, both for $14.

Noé Year’s Eve: As the night progresses, Noé Restaurant & Bar is going to be taking things up a notch as it offers different ways to say farewell to 2012. The celebration at the restaurant in the Omni Los Angeles Hotel starts at 5 p.m. with a three-course dinner, followed by a four-course meal at 7 p.m. and the grand finale, a six-course feast at 9:30 p.m. Noé’s neo bistro cuisine specializes in seafood, and the wines come from around the world.

Grill Time: Downtown restaurant veterans Susan Feniger and Mary Sue Milliken are still going strong more than a decade after opening Ciudad. While Ciudad is now a Border Grill, the chefs are still cooking in Downtown and they’re gearing up for New Year’s Eve. On Dec. 31, Border Grill will serve a four-course, prix fixe meal for $65 that will include an oxtail tamale, a bacon-wrapped steak and lobster surf and turf, and for dessert roasted banana crepes with dulce de leche and vanilla bean ice cream. The drinks, including a bevy of inventive cocktails, are up to you.

Stylish Funz: The Fashion District’s Pattern Bar is a fashionable place and they’re having one fashionable Roaring ’20s New Year’s Eve party. So get in touch with your inner Gatsby at the black tie affair that begins at 9 p.m. Enjoy tiny tempting tapas and an open bar while dancing to the soundscapes of bar owner Eduardo Castillo. It’s a blend of classic looks and spirits with modern music.

Still Here: Those unreliable Mayans, they told us the world would end Dec. 21. Yet here we are still hanging on for another New Year’s party. But there is a Mayan you can still trust to deliver what they promise: the Mayan Theater. The veteran Hill Street club promises a good time when it comes to celebrating the new year with some music and dancing. Starting at 8 p.m., the club will be bumping with a trio of music masters. DJ Pedro el Sabroso, DJ Pepper and DJ Saturn will spin a variety of genres on different floors of the Downtown party palace. Bring your moves and your appetite because there’s also a dessert and appetizer lounge, as well as a champagne toast at midnight.

Conga Ball: The Conga Room’s annual La Desvelada masquerade ball and circus returns to celebrate the new year and the club’s 10th anniversary. The party will be hosted by radio station Latino 96.3 DJ Sandra Peña. It will include DJs Lu Rox and Santa Rosa as well as aerialists and other circus acts. The Azucar VIP room will be blasting cumbia and merengue while Boca, the restaurant space, will be turned into a top 40, hip-hop and flashbacks dance floor.

Golden Ticket: Those who don’t want to waste their money on expensive tickets, gather round and thank the Golden Gopher. The Eighth Street spot plans to party with DJ Mike T, who will spin rock, pop, punk and soul to accompany the $6 drink specials and a champagne cocktail menu. If you want to save even more you can always grab a Pabst Blue Ribbon and chill out.

Boiler Ball: Live music, a DJ, aerialists, stilt walkers, dancers and more will all occupy the 100-year-old Higgins Building for TheEdison’s Dec. 31 CabaretBall. The club known for its boiler room decor and potent cocktails will feature the Green Fairy on Dec. 31. While it may seem like a bad trip, it’s actually someone traversing the 14,000-square-foot venue with a tiny trolley car containing Kubler absinthe. The party starts at 8 p.m. Dress up.

Next Level: Take the party to the next level. Actually, take it to the 21st level and make sure to bring your finest duds, because a strict dress code will be enforced at ElevateLounge. The New Year’s Eve party at the penthouse space overlooking the Financial District starts at 9 p.m. The $50 admission includes a glass of champagne at midnight. VIP tickets and table service will be available for those with deeper pockets. The drinking will stop at 2 a.m., but the music from DJ Ekidd will go on for another 45 minutes.

Take a Ride: One of the most important things to remember on New Year’s Eve is never, ever drive drunk. Metro is helping accomplish this mandatory goal with freerides. All Metro rail and bus lines will be free starting at 9 p.m. Dec. 31. If your party goes past 2 a.m., Metro rail lines will still be open, but the regular fares will apply.