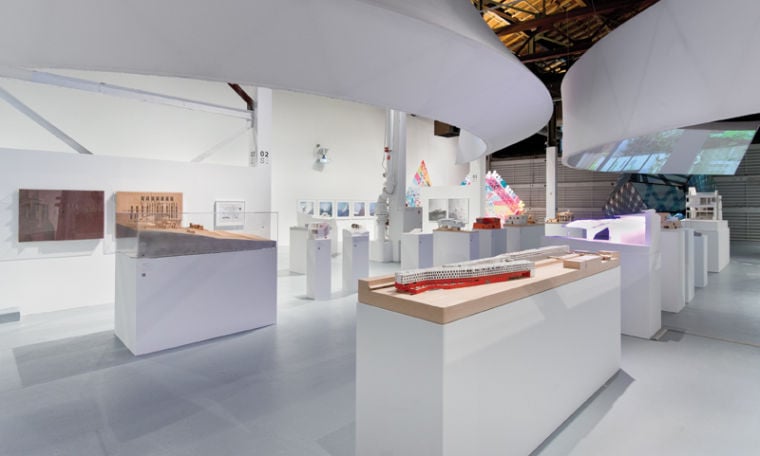 A New Sculpturalism: Contemporary Architecture From Southern California includes the work of 38 Los Angeles architects of the past 25 years. The exhibit features models, drawings and video 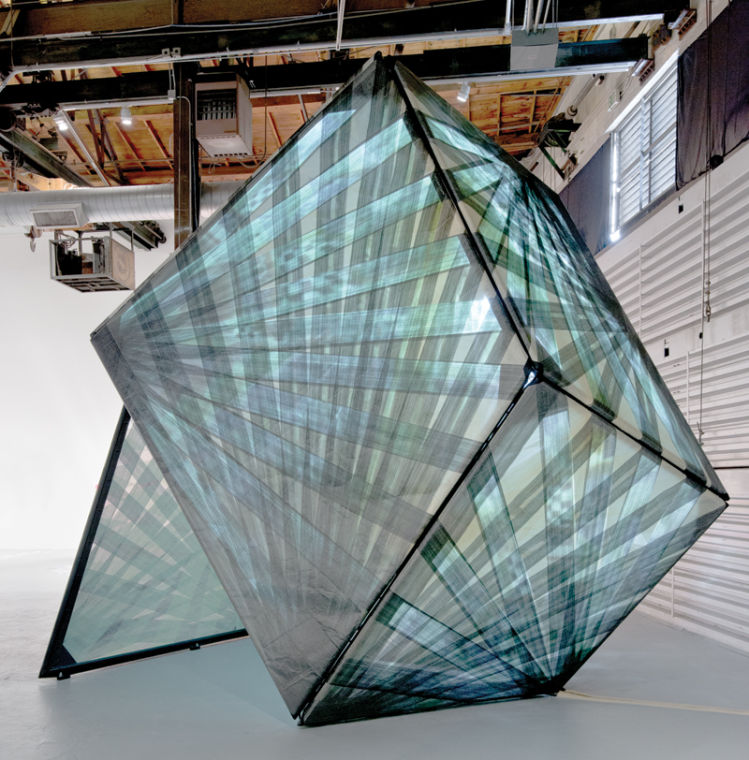 The “Textile Room” is an installation designed by architects Marcelo Spina and Georgina Huljich. It stands 16 feet high and is wrapped in carbon fiber tape 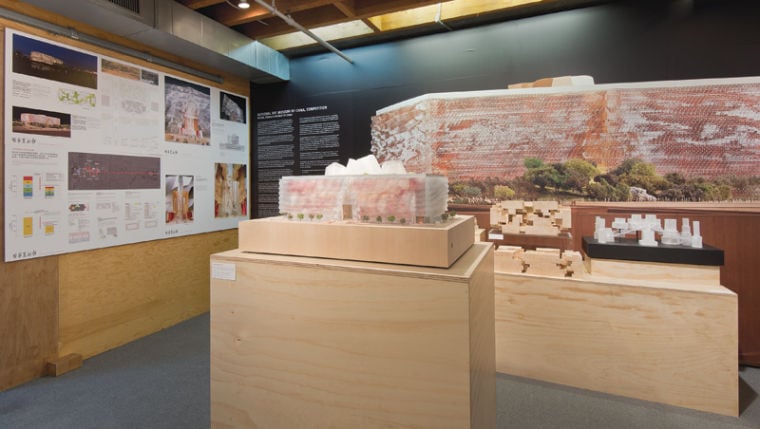 Frank Gehry’s proposal for a Chinese museum is part of MOCA’s exploration of architecture.

DOWNTOWN LOS ANGELES - Architecture is more than the buildings that stand on a street corner, or weave like a sailing ship, or stretch high in the air. Yes it is all of those things, but it is also scribbled sketches on hotel notepaper, more refined drawings done with or without a computer, and even models of buildings that may never materialize.

This is some of what MOCA takes on in A New Sculpturalism: Contemporary Architecture From Southern California. The exhibit that explores the process of architecture and its impact on Los Angeles opened last month at the Geffen Contemporary at MOCA. It continues at the Little Tokyo museum through Sept. 16.

New Sculpturalism features the work of 38 Los Angeles architects of the past 25 years. Several of those featured have standout projects in Downtown, among them industry legend Frank Gehry, whose Walt Disney Concert Hall has become perhaps the most photographed structure in the city, and Thom Mayne, whose Morphosis Architecture designed the Caltrans building at First and Main streets. Also featured is Michael Maltzan, a Silver Lake-based architect who has taken on many projects in the area, from the massive, under-construction One Santa Fe in the Arts District to several striking housing complexes for formerly homeless individuals.

The exhibit features models of structures, drawings, artwork, photos and video. All are intended to show different elements of the architectural process.

Like a miniature city, the models are placed on raised platforms throughout the space. Dotted lines run between the groups, which are separated into categories such as residential, commercial, civic, cultural and more.

Above the models are curved screens where video of the architects speaking and their completed buildings are projected.

Eric Owen Moss, a prominent architect and director of the Southern California Institute of Architecture, said the exhibition is intended to make the form more easily understood by the layman.

In addition to the big names, or “starchitects” as they are sometimes called, the exhibit strives to predict which architects will come to influence the city through their work. Up and coming architects including Elena Manferdini, Marcelo Spina, Georgina Huljich and Tom Wiscombe were commissioned to design and build “pavilions,” geometric structures that visitors can walk through. They are intended to show the inventiveness of architecture.

One space in the exhibit is dedicated to Gehry. It is significant, in that Gehry in recent months reportedly nearly pulled out of the show, putting the entire exhibit at risk.

The Gehry room is filled with the various designs for his proposal for a Chinese museum. It shows galleries, classrooms and an auditorium inside the museum. The rectangular exterior utilizes a translucent, stone-like material.

The main exhibit begins with pavilions designed by the next-generation architects. Wiscombe’s 16-foot tall “Surface-to-Volume” structure, which is meant to look at fiberglass as rubbery skin, is the first up.

“The more important thing to me is to get architecture in the eye of the public and let them see that there’s a huge body of inventive work being produced in Los Angeles,” Wiscombe said.

Next to his pavilion is the vibrant “Textile Room” by Huljich and Spina. Also standing 16 feet high, it is wrapped in carbon fiber tape. Subtle digital lighting emanates from the interior, amplifying the color.

The real color in the pavilion section comes from Manferdini’s tilted cube. It resembles a splattered painter’s pallet that was somehow bent out of shape in an explosion of bright yellows, oranges and reds.

When it comes to the rest of the show, one standout is the work by Maltzan. The designs on display include his One Santa Fe, a $164 million mixed-use project rising in the Arts District across from SCI-Arc.

Another section depicts Moss’ design process for the Lawson Westen House, built in 1993 in Brentwood. The contemporary geometric home is made of steel, concrete, wood and glass, but its beginnings were humble:  The display shows a few sketches on a wall that were made on notebook paper from a Wyndham Hotel in Texas. Next to that are more refined drawings. A three-dimensional model serves as the centerpiece of the section.

In addition to positioning architecture as art, Mayne hopes the exhibit helps people understand the scope of the field.

“Architecture as a discipline is probably one of the broadest reaching interdisciplinary activities there is,” he said. “It deals with the city, infrastructure, landscape, obviously the environment and ecological issues. The working models and the drawings give people an idea of the conception of it.”

A New Sculpturalism: Contemporary Architecture From Southern Californiaruns through Sept. 16 at The Geffen Contemporary at MOCA, 152 N. Central Ave., (213) 626-6222 or moca.org.