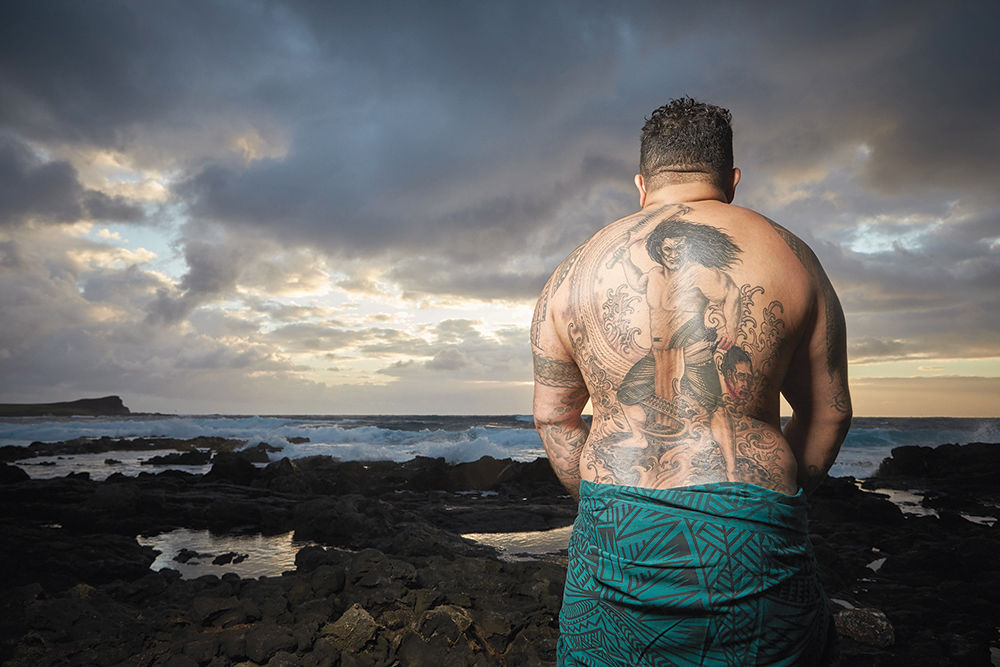 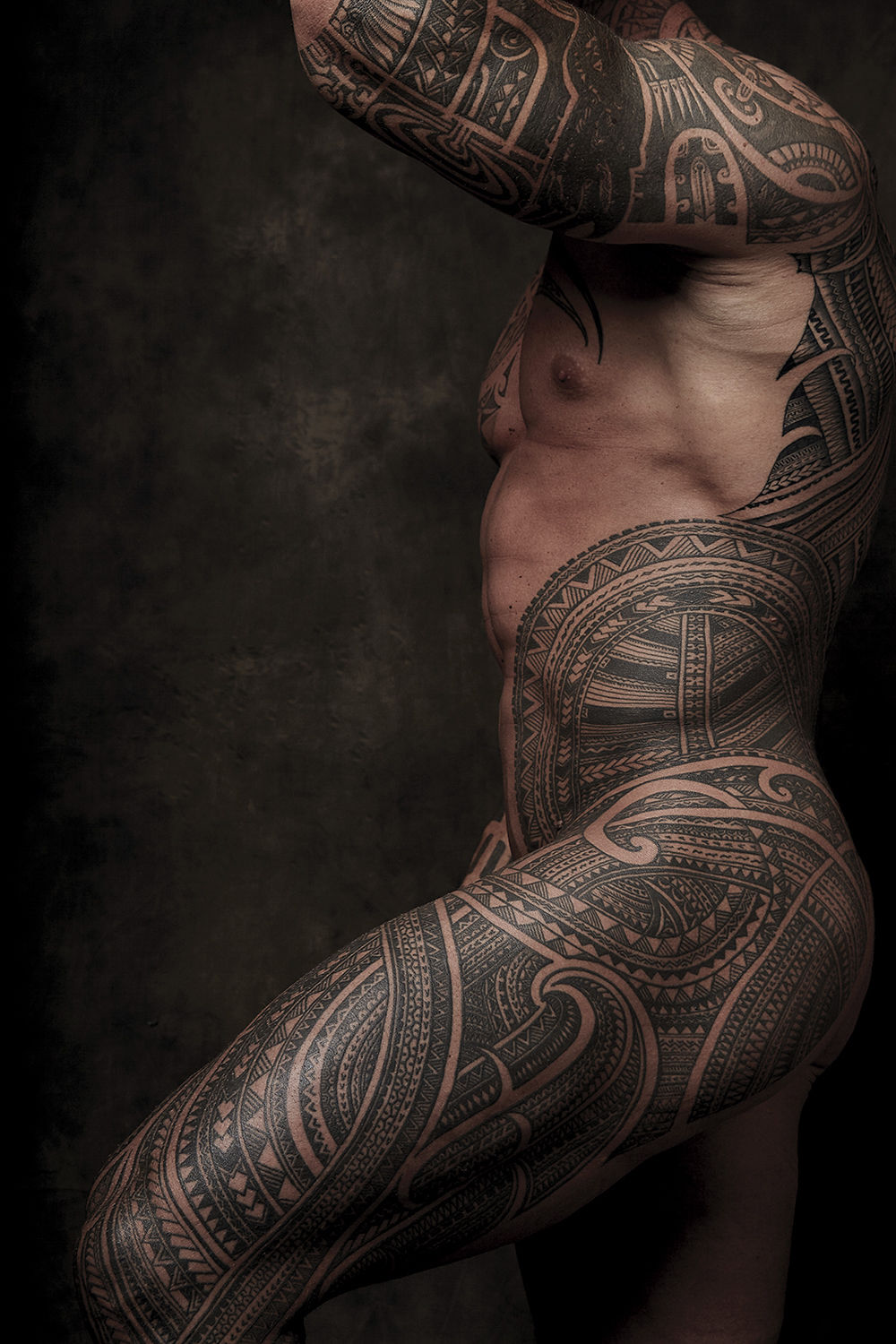 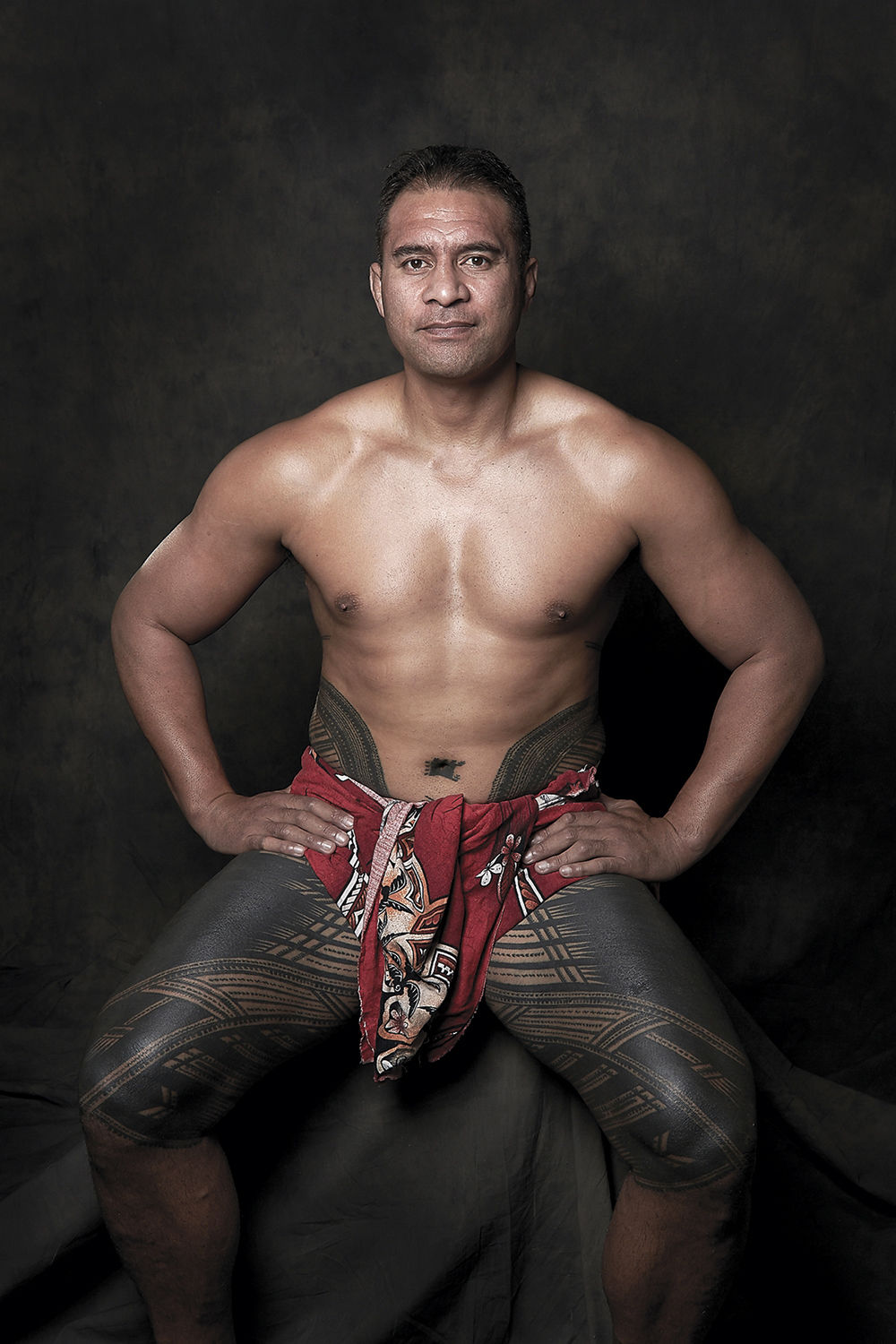 DTLA - Tattoos may be omnipresent today, but the taboo around them hasn’t quite faded away. They were long considered uncouth in the western world and some Asian cultures still see tattoos as the marks of a criminal.

Yet even this was not always the rule: For people in some other Pacific Rim countries, tattoos were a part of cultural expression and a rebellion against European and North American colonialism.

Tatau: Marks of Polynesia, now at the Japanese American National Museum in Little Tokyo, looks at one of the oldest and most active tattooing traditions. With nearly 180 images from photographer John Agcaoili, plus artifacts and tattoo instruments, Tatau examines both the cultural history of Samoan tattoos and the designs in modern times. The exhibition runs through Jan. 8, 2017.

Samoan tattoos, known as tatau, date back roughly 2,000 years. In addition to decorating the body, tatau historically had a societal role, signifying rank and identifying chiefs and clans.

Tatau masters were of great importance to the culture, according to exhibition curator Takahiro Kitamura. Thus, part of the exhibit focuses on the Sulu’ape family, master tattoo artists who have helped keep the tradition alive and give it international acclaim. The family has been doing tattoos for more than 60 years.

The exhibition is a sequel of sorts to Kitamura’s first collaboration with JANM in 2014. Perseverance: Japanese Tattoo Tradition in a Modern World looked at tattoos in Japanese culture. It was part of an ongoing effort by JANM to expand its audience and attract younger guests. The effort succeeded, said Kitamura, bringing in young men who previously had not been coming to JANM in large numbers. After the Little Tokyo stop, Perseverance traveled to Baltimore and Sydney, Australia.

Kitamura’s work brought him into contact with Samoan tattoo artists. He saw a connection between that community and Japanese artists, and pitched a new show to the museum, which gave him the go-ahead. When assembling the exhibit, Kitamura worked with advisors from within the culture.

“Given the history of colonization in Polynesia, the exhibition needs a Polynesian speaking,” he said.

Once JANM signed on, Kitamura recruited Agcaoili to photograph the Sulu’ape family, other tattoo artists and people with body art in Hawaii and American Samoa. The photos are either large, color profiles, or black-and-white candid shots. Some show the tattooing process and others depict inked Samoans in daily life. Most are arranged in groups of four or six with accompanying text.

The photos are augmented by past and present tattoo instruments, including tools made from boar tusks and, more recently,

stainless steel. Other items are on display, including bowls and tools used for tatau-related ceremonies and a Samoan headdress.

“We also have a chief’s staff, which is part of this matai chief structure,” said Kitamura. “There’s a strict social order, and tattooing plays into that. And it looks better when the high chief has tattoos.”

Another element is still to come. Filmmakers interviewed the Sulu’ape family and documented their life and the tattooing process. It will yield a 25-minute documentary on the history and modern practices of Samoan tatau. Kitamura expects it to be ready in the fall.

Koji Sakai, JANM’s vice president of programs, acknowledged that an exhibition on Samoan tattoos might seem like an odd choice for JANM, but he said it continues the effort to mix up programming and bring in new audiences. In that regard, he said, it, it fits with exhibits on Japanese icon Hello Kitty and shows orchestrated by the founder of the Asian-American hipster culture bible Giant Robot.

The goal of the museum is to promote Pacific Islander culture, Sakai said. Kitamura noted that there was an opportunity to fill a void.

“When we were first having meetings about this, the museum said there is no Samoan American national museum or cultural center, so until then we open our doors to you,” Kitamura said.

Sakai particularly likes the way that that Tatau presents the tattoos as art. The photographs, he pointed out, allow for an appreciation of detail that is missed when seeing a tattoo on someone’s body while they pass by on the street.

Kitamura and Sakai said they have fielded questions from curious guests as to why JANM is staging this exhibition. They said that once visitors see the photographs in the greater context of the museum, the connection to JANM and the message becomes much clearer.

“In the case of Samoan tattoos, it’s about a huge resistance to colonization,” Kitamura said. “Missionaries drove most of it underground. What we’re seeing now, specifically with the Sulu’ape family, are people leading revivals to take back their culture.”

That culture is on display everywhere. Kitamura said that when he met with elected officials in Samoa, a number of them were sporting tattoos.