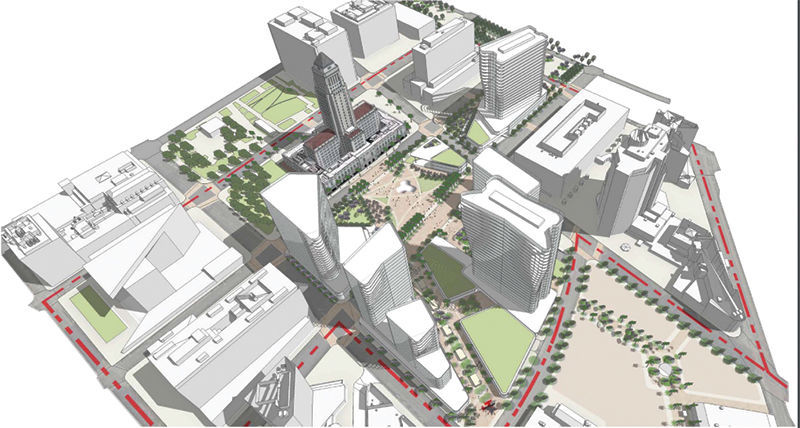 As part of the Civic Center Master Plan, some existing structures would be torn down for new office and residential towers, as well as new retail. 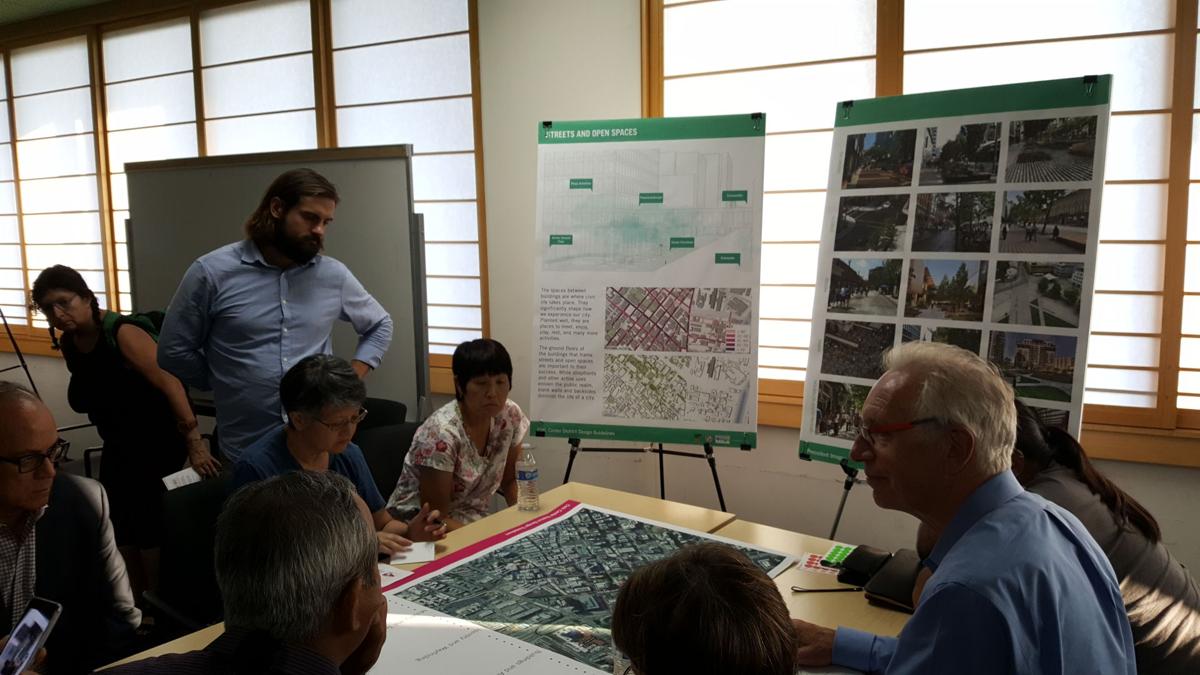 Approximately 50 people turned out for a recent community meeting on the Civic Center District Design Guidelines. They weighed in on matters of accessibility and architecture in the area. 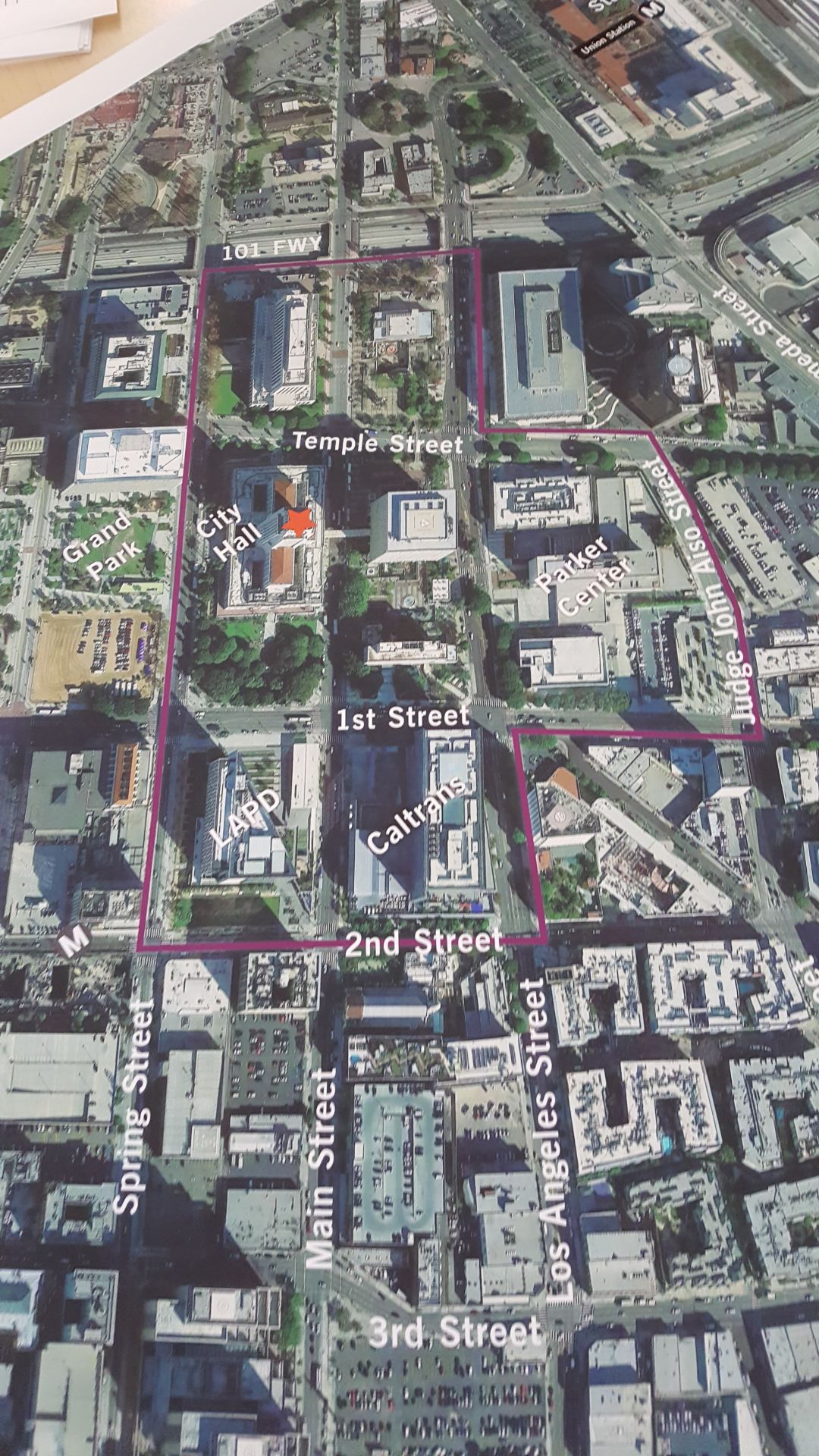 The Civic Center Master Plan is centered around City Hall East and South, as well as the L.A. Mall and Parker Center. It involves six phases of work over 15 years.

As part of the Civic Center Master Plan, some existing structures would be torn down for new office and residential towers, as well as new retail.

Approximately 50 people turned out for a recent community meeting on the Civic Center District Design Guidelines. They weighed in on matters of accessibility and architecture in the area.

The Civic Center Master Plan is centered around City Hall East and South, as well as the L.A. Mall and Parker Center. It involves six phases of work over 15 years.

The City of Los Angeles’ plan to redevelop the Civic Center over a 15-year period is officially underway. Now, with crews working on a 500-day dismantlement of Parker Center, government representatives are seeking input from Downtown stakeholders on how they want to see the area transform.

A Sept. 12 community meeting at the Japanese American Cultural and Community Center served as an opportunity for local residents and workers to learn about and offer input on the Civic Center District Design Guidelines.

Approximately 50 people showed up to discuss topics ranging from accessibility and mobility to architecture and landscaping. A large contingent of attendees hailed from Little Tokyo, with other participants from the Historic Core and Skid Row.

The event was organized by the office of 14th District City Councilman José Huizar, the Bureau of Engineering, and the architecture firms Gwynne Pugh Urban Studio and Perkins + Will. Organizers said feedback from the meeting will be used to shape the next stage of proposals, which are due in November.

“This is one of the many steps on this long journey, particularly in partnership with Little Tokyo, about how we re-envision our Civic Center and connect it to surrounding communities and make it a 24/7 hub for the city,” said Nate Heyward, public works director for Huizar’s office. “The district design guidelines process is a great opportunity to hear from you how the neighborhood should feel on weekends, nights and workdays.”

Huizar and other city leaders want to capitalize on the residential and additional growth in Downtown, which has largely bypassed the Civic Center, the traditional home of government buildings. The goal is to bring more activity to the area while also modernizing and adding to the supply of office space. A six-phase plan Civic Center Master Plan, completed in January 2017, calls for adding 1.2 million square feet of office space, along with residential and commercial projects.

The first phase is replacing Parker Center at 150 N. Los Angeles St. with a 29-story high-rise that will house city employees currently working in other buildings. The Los Angeles Street Civic Building tower would have 750,000 square feet of space and 1,173 parking spaces, according to Reza Bagherzadeh, program manager with the Bureau of Engineering.

The demolition of Parker Center began on Aug. 20 and will last into 2020. The replacement is estimated to cost $708 million.

At the meeting, community members split into four groups, where they touched on the topics of architecture, landscaping, technology and accessibility. Martin Leitner, urban design leader at Perkins & Will, said the organizers are open to any and all suggestions, and want a revitalized Civic Center to reflect the community.

“This is the Civic Center of Los Angeles. We don’t want to build the San Francisco Civic Center or the Santa Monica Civic Center. Is there anything that comes to mind to you that is distinctly L.A.?” Leitner asked one group.

Looking at a map of the area, George Campos, of the Little Tokyo Community Council, said that while the ultimate goal is to activate the area beyond traditional business hours, the community’s primary use is well established.

“Every city has an area with public buildings. You can’t get rid of it,” he said.

Pugh, who heads the Santa Monica-based architecture firm bearing his name, asked people about the kind of sidewalks and landscaping they want to see. One woman said the activity on First Street in Little Tokyo is good for pedestrians but that there is little protection for bicyclists. Another respondent suggested more public art, especially on pathways leading to key destinations.

David Ikegami, a Little Tokyo resident, suggested that any new pathways have parking spaces for bikes and electric scooters, though he also cautioned against an over-reliance on concrete.

“We don’t have enough green space. Maybe there’s a way to soften it up, make things more inviting,” he said.

The next community meeting will take place Nov. 8. Leitner said that a more cohesive design plan, as well as additional details on work in future phases, will be available.

Information and updates on the master plan are at civiccenterprojects.lacity.org.