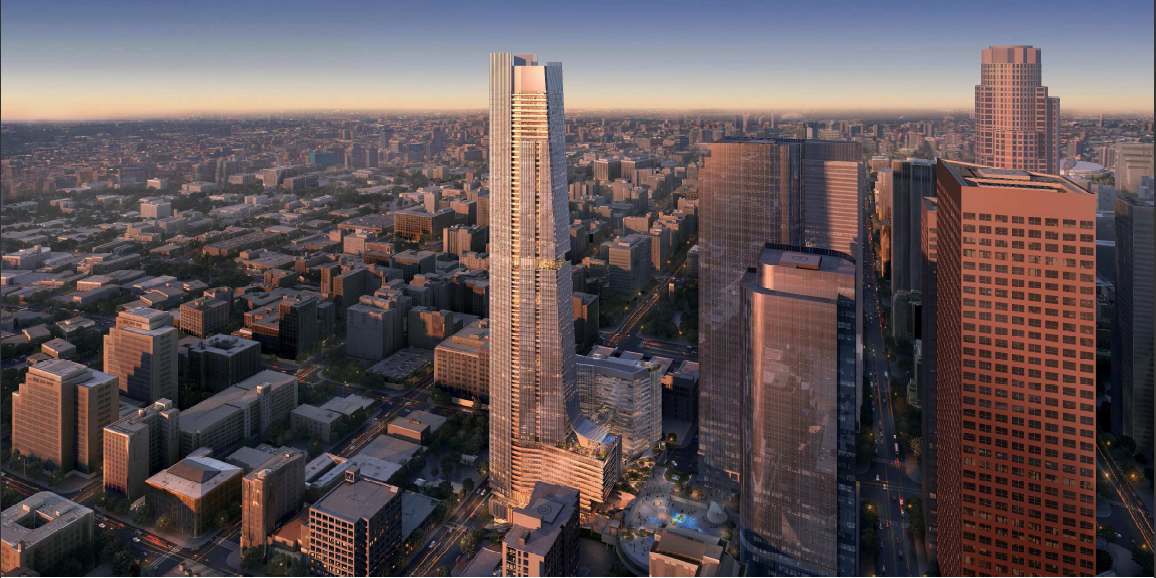 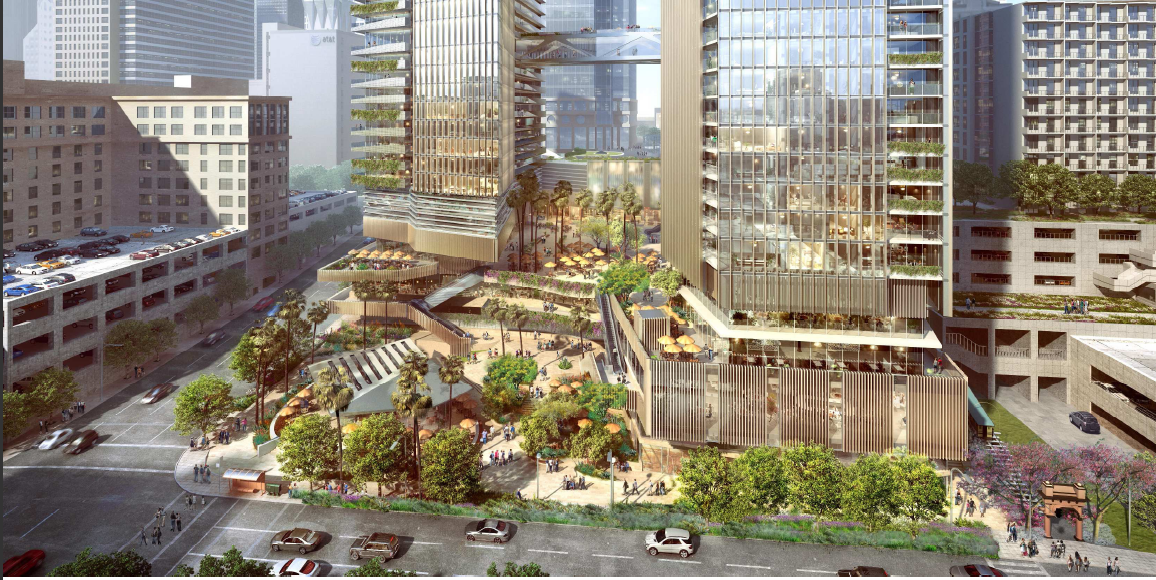 The Angels Landing Partners' project would include 57,000 square feet of open space.

A City Council committee this afternoon recommended that the team of Peebles Corporation, MacFarlane Partners and Claridge Properties be chosen to develop the highly sought-after Angels Landing site at Fourth and Hill streets. The full council is expected to formalize the decision Wednesday morning.

The unanimous vote to select the developer for the 2.24-acre city-owned parcel follows a recommendation from the city’s Chief Legislative Analyst. The development team, formally known as Angels Landing Partners, has survived a bidding competition that started with 10 development proposals. Three proposals were submitted last month.

The two-tower project is being designed by Handel Architects, with the firm Olin serving as landscape architect. The property is just south of the recently reopened Angels Flight railway, and holds the Angels Knoll park and a sloping hillside.

The mixed-use project would include an 88-story high-rise and a 24-floor structure; they would be linked by a sky bridge. Together the buildings would hold 400 apartments and 250 condominiums. Twenty apartments would be set aside as affordable housing.

There would also be two hotels operated by the company SBE; one building would have an SLS-branded hotel, and the other structure would house a Mondrian. There would be a total of 500 hotel rooms.

Another component of the project is a charter elementary school that would be operated by the Los Angeles Academy of Arts and Enterprise. There would also be 57,000 square feet of open space, including a 25,400-square-foot plaza, partially laid out in a series of platforms and staircases descending from Grand Avenue to the Metro rail stop at Fourth and Hill streets.

“By overseeing the development of Angel’s Landing, the City of Los Angeles is doing all we can to maximize this development and make sure some of Downtown Los Angeles’ greatest needs, such as hotels, schools and open space, are included in this project,” City Councilmember José Huizar, whose 14th district includes Downtown Los Angeles, said in a prepared statement. “I look forward to the City Council’s approval and considerable public input as this project moves forward.”

The team beat out competing proposals from the Vancouver-based Onni Group (with a design from Natoma Architects) and Lowe Enterprises (which teamed with Gensler). The three proposals were presented to the public during a meeting on Oct. 24.

“On behalf of our team and the development partners of MacFarlane Partners, Claridge Properties and The Peebles Corporation we are all honored and inspired by the confidence placed in us by the CLA’s office and the City’s Selection Committee,” Ricardo Pagan, a principal with Claridge Properties, said in a prepared statement.

The property was originally envisioned to hold the third phase of the California Plaza development. That never happened, and the property long remained under the control of the Community Redevelopment Agency. When CRAs across the state were eliminated, the city gained control of the parcel and began the search for a developer.

After the council approval, Angels Landing Partners will have a three-month negotiating window with the city. Under the proposed plan, the developer would purchase the site for $50 million.

The estimated budget, including acquisition, is $1.2 billion. Construction is expected to take 41 months, and according to the CLA’s report, would finish by the end of 2024.