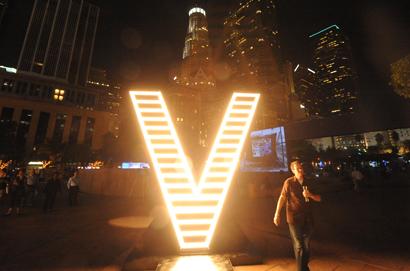 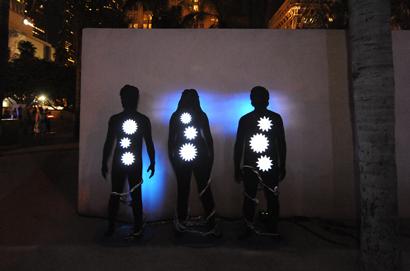 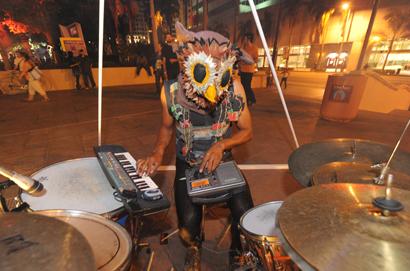 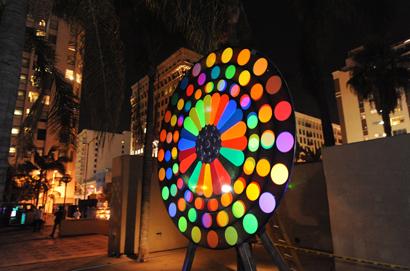 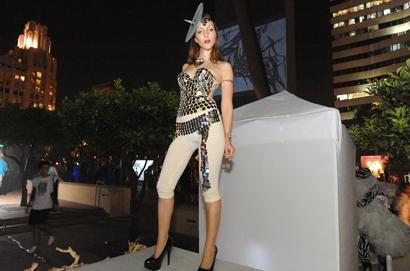 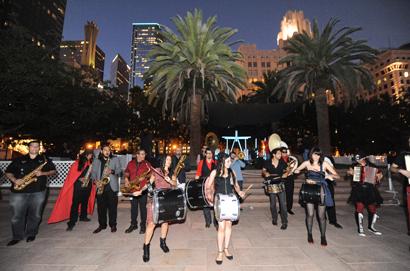 "It's pretty awesome. Not what we expected," said Patricia De Peralta, 20, who came from Carson to enjoy the event."Everything is equally interesting. And I feel like it works fluidly as one big thing made up by many little components."

And many components there were.

"I really like all the variety. It’s a good mix" said Helen Gatslum, 35, from South Pasadena. "And what I really like is that there’s a lot of different people here."

Older couples, small kids and 20 year-olds all strolled through the 6th annual Autumn Lights LA show between the hours of 7 p.m. and 1 a.m. that night. Their ventures took them past a live graffiti performance and hanging jelly fish lanterns made out of undergarments.

The festival’s curator, Lilli Muller, along with the City of Los Angeles Department of Recreation and Parks and Art 2, prepared for 16,000 people to visit their multi-media extravaganza, double the number they prepared for last year. And they readied the space for three times as many artists compared to the year prior.

"I love seeing how many artists are willing to come and share their work," said Shane Hirschman, 25, a visual jockey and artist who contributed his own light projection to the show. "And I’d say this year people really took advantage of the space."

Many commented on how much they enjoyed the Pershing Square Park venue and space, a place that rarely sees much action.

"Pershing Square isn't used properly and it’s nice how this event brings a lot of people to the area," said Bhargavi Sylbert, who lives in Downtown.

She spoke while waiting for her 6- and 8-year-old daughters to exit one of the more interesting displays: a Scooby Doo looking van decorated with an interior of neon leopard fur and black lighting.

The van owner, who goes by "Lucky’s Dad—Pirate King of Elephant Island" according to his card, was one of the characters gracing the scene. He pointed to the soft, fur covered cushions inside. "And then it all flips over and becomes psychedelic." He turned the sofa seats to reveal a cloth with pink stars and sky images.

People waited in a line to take pictures in this "black light photo booth."

Near the van, further into the park, an artist furiously drew sketches onto a projector that reflected the images onto a massive looking white t-shirt. Down a little more, one could watch a painter working in complete black light. His brush glided along the canvas, leaving streaks of neon white paint.

"It’s cool people can experience something out of the norm, like with these wacky performances and installations," said Killsonic saxophone player Eddy Rivas, 36.

A massive, multi-colored, light-up mouth, reminiscent of the Alice and Wonderland cheshire cat suspended in the air across the way from him.

Around the park paper bags and balloons filled with tiny lights decorated the grass, lending a soft glow to the trunks of the surrounding trees. And kids played in the green, red and yellow laser lights shooting through the air.

"The eclectic mix of sights and sounds…and the varying degrees of artistic ability…It gives a community art show feel while also sending some east side vibes," said Evans Peterson, 29, an art photographer living in Downtown.

Hirschman agreed, calling the festival the "GLOW of the east side."

"We’re like the competition to GLOW," he said, in reference to the Santa Monica based light show that took place the same night.

Whether it be competition or not, most enjoyed their time digesting the free experience at Autumn Lights LA 2010. And locals especially appreciated the fact Downtown held an art event featuring many of their own.

The Seven Stages of Creativity

Leo Tolstoy said, “Spring is the time for plans and projects.” This year, American women all over the country are making plans to remove hair that has enjoyed a hirsute hiatus during lockdown. Many of us are also starting new projects, including me. I love crafting bold new endeavors, but I …