The first time that actor Roger Guenveur Smith went to Jamaica, he met Bob Marley. During a trip to the capital city of Kingston, Smith stopped at Marley's Tuff Gong studios, where the legendary reggae singer was in the process of recording his 1979 album Survival.

"I walked right into the studio and he was recording a song called 'Africa Unite,'" Smith recalled last week. "Obviously, that was a mind-blowing experience."

That was not the first time that Smith had crossed paths with Marley. They had met when the singer was in exile in London in the late '70s. Smith saw Marley perform several times in Los Angeles, at the Apollo Theater in New York and, perhaps most notably, at the singer's last full-length concert at Madison Square Garden. Marley died of cancer less than a year later, in 1981.

Now Smith, an acclaimed actor known for his solo performances about historical figures, stars in Who Killed Bob Marley? an hour-long, one-man show that opens April 14 at the Bootleg Theater on Beverly Boulevard, just west of Downtown. Featuring music by composer Marc Anthony Thompson (also known as Chocolate Genius) and video by cinematographer Arthur Jafa, Smith's monologue weaves memories of his father, thoughts about Marley and footage of Jamaica into a multimedia tapestry that is part personal memoir and part Marley tribute. The show runs through April 29.

Despite its title, Who Killed Bob Marley? is not an investigation into Marley's still controversial demise. (It is also not related to the website whokilledbobmarley.com, which explores conspiracy theories surrounding the singer's death.) Rather, Smith said, the title is meant to pose the philosophical question, "Who killed the spirit of Bob Marley?"

"I had the opportunity to meet Bob in several contexts and it was always a very influential encounter," Smith said, during a recent phone conversation from Philadelphia. "I consider him to be a patron saint and his loss is a profound one."

The seed for Who Killed Bob Marley? was planted, fittingly, in Jamaica, where Smith and Jafa were working on an improvisational film about a suicidal poet named Albert (who turns up in the theater piece as well.) The film project was put on hold, however, when Smith had a real-life near-death experience.

"During the course of the filming, we had an experience that was life-threatening, which became more compelling than anything that I could possibly have fictionalized," Smith said. "So I came back from Jamaica with a story of trying to make a film about a suicidal poet and almost killing myself in the process."

Although Smith refused to divulge details about his brush with death for plot spoiler reasons, he described the experience as a rare example of life imitating art.

Who Killed Bob Marley? is not the first time that Smith has conjured a historical figure on the stage. His other solo works include Frederick Douglass Now, Christopher Columbus 1992 and In Honor of Jean-Michel Basquiat. Smith also wrote and starred in the Obie Award-winning solo piece about the co-founder of the Black Panther party A Huey P. Newton Story, which was adapted for film by director Spike Lee in 2002.

While he has ample credits on the big screen, Smith also maintains ties with smaller theaters, including the Bootleg. In 1991, Smith and Mark Broyard wrote Inside the Creole Mafia, a comedic look at societal rifts in New Orleans. The show enjoyed a successful post-Katrina revival last year at the theater (known as the Evidence Room before a change in management.)

"When we had Inside the Creole Mafia, it brought in new audiences to the space that we hadn't previously tapped and it was really exciting," said the Bootleg's artistic director, Alicia Hoge Adams. "It was much more culturally mixed than in the past."

Although Who Killed Bob Marley? premiered at Harlem's Gatehouse theater, Smith, who lives near Downtown Los Angeles, considers the Bootleg to be his neighborhood venue. The opening night performance promises a community vibe thanks to music by local DJs-on-wheels Aurelito and Shakespeare of I&I Sound System, and homemade Jamaican food and drinks.

While there won't be a red, gold and green ice cream truck-turned-dub mobile at every performance, each show offers a one-of-a-kind experience, said Steven Adams, Smith's longtime producing partner.

"With Roger, because he is self-directed, there is always an element of whatever night you see a show it is going to be somewhat different," Adams said.

There is one element that promises to remain constant from night to night, however, as it helps tie together the various story lines of Who Killed Bob Marley? It is a photograph of Smith and Marley during their fateful meeting at Tuff Gong studios. Posed against a brick background, Smith's close-cropped head is slightly bent toward Marley, whose face is surrounded by a halo of dreadlocks.

Letters to the Editor 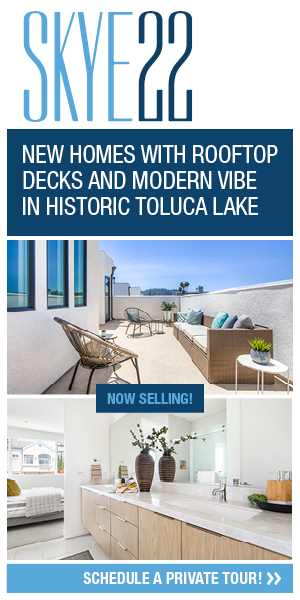