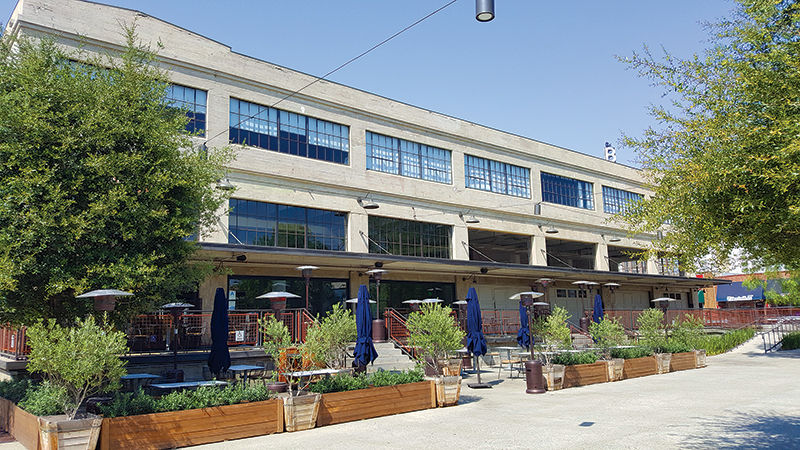 The 2.5-acre City Market South is a $12 million collection of office space and restaurants. Tenants include Italian eatery Rossoblu. The office component is anchored by AGBO, a film production company owned by the directors of Avengers: Infinity War. 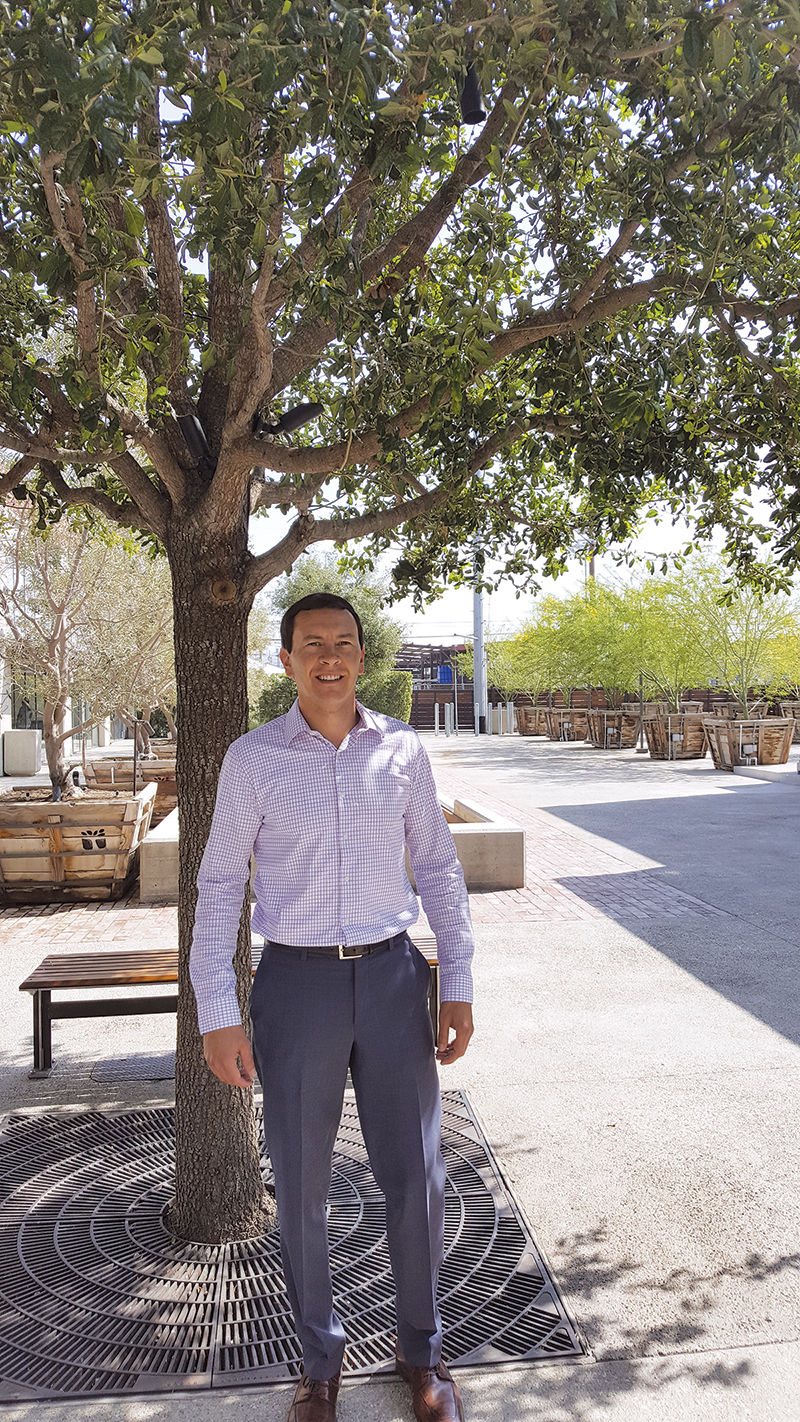 Mark Levy, president and CEO of the City Market of Los Angeles has helped lead the transformation of the Fashion District property. 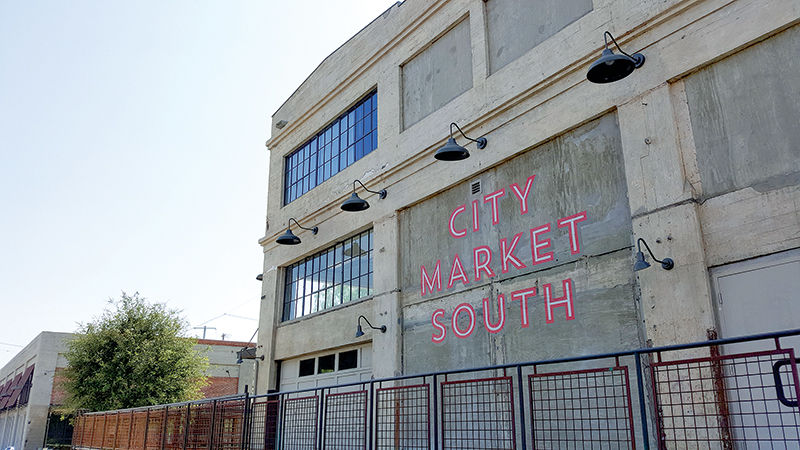 DTLA - The dining scene in the Fashion District expanded over the summer with the openings of the bar and restaurant Dama and the Neapolitan-style pizza spot Superfine. The two sit inside City Market South, a former industrial campus of low-slung brick and concrete buildings.

The debuts marked a milestone in the first phase of the project. The eight buildings on a 2.5-acre site bounded by 11th, 12th, San Pedro and San Julian streets are now 87% leased. Only one space remains to be filled in the once-quiet complex that now functions as a modern creative office and dining hub.

“It turned out pretty much how we envisioned it,” said Mark Levy, president and CEO of the City Market of Los Angeles, who worked on the transformation of the Fashion District space as co-founder of the Lena Group.

Work on the $12 million project started in 2013 and physical construction wrapped in 2015. Tenants have arrived in waves, the most notable being chef Steve Samson’s Rossoblu (Samson and his wife Dina are also behind Superfine).

Spotify to Stream Into the Arts District

The project includes about 36,000 square feet of office space and 28,000 square feet of restaurant and commercial space. The largest office tenant is ABGO, a film production company from the Russo brothers, the director duo behind movies such as Captain America: Civil Warand Avengers: Infinity War. They moved into 7,000 square feet of space above Rossoblu in February and are building out an additional 20,000 square feet.

Another high-profile arrival is the City Market Social House, a 12,000-square-foot private events space in a converted warehouse that offers food from Wolfgang Puck Catering. It opened in March.

Other office tenants include the special effects firm Drive Studios, architecture company Masa Studios and the Lena Group itself. There is also an outpost of Cognoscenti Coffee and the fashion showroom Lovestitch.

Reinventing the Row: A Faded Manufacturing Hub Gets New Life

Levy said that the Lena Group had originally considered a larger retail component, but decided against it because of limited foot traffic and daytime activity. Instead they built up the creative office segment, with some food and beverage options to keep the space active beyond the 9-5 working hours.

City Market South is the first phase of the larger City Market. That project, previously led by developer Peter Fleming (Levy now serves as president and CEO of the City Market of Los Angeles), would transform 9.45 acres into a $1 billion mixed-use complex with 945 residential units, hotels, creative office space, a school and more. It is scheduled to take more than a decade.

Levy acknowledged some delays and hurdles in City Market South. The Slanted Door restaurant, a high-profile offering from Charles Phan, was announced as a tenant next to Rossoblu, but backed out. Dama, from the hospitality duo Steve Livigni and Pablo Moix, with a pan-Latin menu from chef Antonia Lofaso, opened months later than expected.

City Market South arrives amid greater change in the Fashion District. Some new residential projects have opened in the area, and Brookfield Properties is undertaking an overhaul of the California Market Center, adding a wealth of office space.

Still, a seismic shift akin to what occurred in the Arts District or the Historic Core is unlikely, said Gerry Ruiz, an associate with the firm Transwestern who studies the Downtown market. He noted that fashion retailers and fabric dealers continue to do well in the neighborhood, and that infrastructure is unlikely to move.

Office space rates in the area are competitive, say experts in the field. Whereas creative office space rents in the Historic Core and the Arts District tend to be around $3.50 per square foot, older spaces in the Fashion District currently go for about $1.75-$2.75 per square foot, said Gibran Begum, managing director with the firm Newmark Knight Frank.

Begum said that the tenant base in City Market South reflects the kind of clientele now looking for Downtown creative office space. He said media companies and architectural firms are increasingly drawn to smaller spaces rather than Financial District high-rises. The growing amount of retail and restaurants in the Historic Core and Fashion District are also providing greater incentives for firms to look beyond Bunker Hill and the Financial District.

He expects the area to grow as an office hub.

“Institutional owners are starting to note the location of the Fashion District and see its built-in tenant base that already exists,” he said.

Levy also expects to expose people to the campus though the City Market Social House. The space has been frequently booked since it opened seven months ago, including an after-party for the ESPY awards. He said that the campus plaza, with a bocce ball court and numerous trees, is also available for rentals.

“Looking ahead, I think we’ll probably increase our event programming in the plaza,” Levy said. “We want to make this an activated space for all uses.”

With most buildings accounted for, the developer is working to fill the final space, the former would-be Slanted Door spot. AGBO’s second office is expected to open by the end of the year.

Ruiz said it will take a few years before the area drastically transforms, citing the strength of the fashion industry. Instead of more projects like City Market South, he expects the trend to be toward smaller boutique shops opening in the neighborhood.