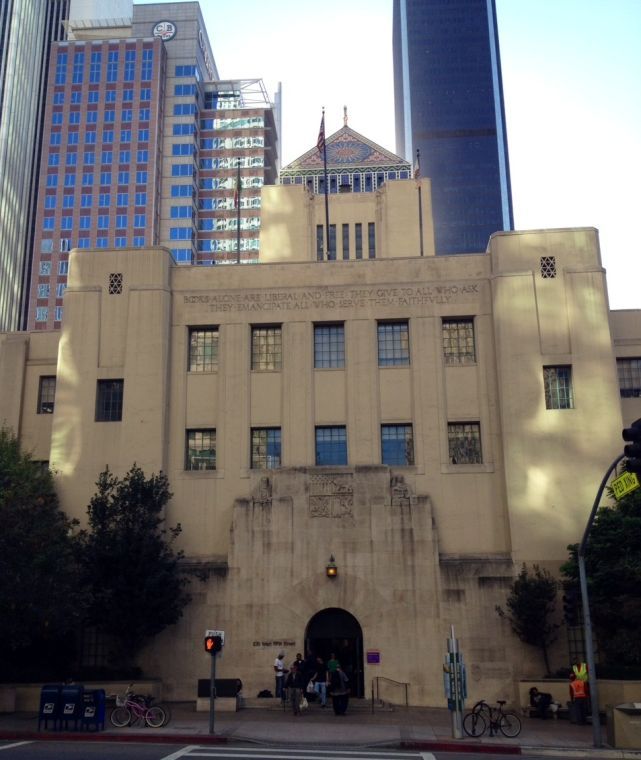 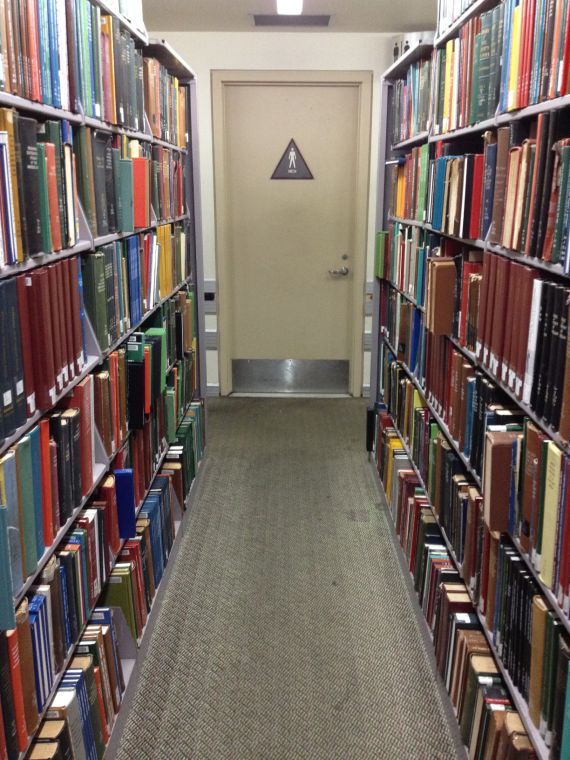 DOWNTOWN LOS ANGELES — The Los Angeles Police Department is investigating a surge of sexual activity at the Central Library. It has been going on for nearly a year at least, with lewd acts occurring sometimes in restrooms, and other times in public areas, according to LAPD officials.

Since January, the Central Division, which patrols most of Downtown Los Angeles, has coordinated 14 undercover operations that have resulted in nine arrests for lewd conduct, said Capt. Mike Oreb.

Oreb said Central Division officers are working on the problem with civilian security officers from the LAPD’s Security Services Division. Those civilian officers are stationed at the library.

Central Division has been focused on the library issue for about six months, said Oreb. He said the situation has improved since undercover Vice officers began staking out the building. Additionally, Oreb has increased the number of uniformed officers that patrol in and around the library.

“We’ve seen sexual activity in other places throughout the region, parks and public bathrooms,” he said. “[We’re] not sure why anyone’s decided to focus on the bathrooms at the library.”

Los Angeles Public Library spokesman Peter Persic described the incidents as rare, saying that 145,000 people visit the Financial District library every month. He noted that in September, two incidents of lewd conduct were reported, following three in August. Still, he said the issue is being taken seriously.

“The safety of patrons and staff is a top priority for the Los Angeles Public Library,” Persic said. “The Library has an excellent relationship with LAPD and works closely with the agency to prevent incidents from happening and respond quickly if an incident does occur.”

The LAPD’s Security Services Division, which is comprised of civilians rather than sworn officers, took over library security from the city’s Department of General Services in July 2012, said David Aguirre, deputy chief of the city’s office of public safety. Persic said that on average, the LAPD stations seven officers from the security services division at the library during operational hours. Authorities would not break down the total number of sworn and civilian officers monitoring the area.

Persic said he is unaware of a particularly problematic section of the building. The 500,000 square feet of space is spread across eight floors. There are thousands of book stacks and scores of study carrels.

“It’s a large building, which is why we have security officers and police officers patrolling the building and why we ask visitors to keep watch of their personal belongings and report any problems to staff or security,” Persic said.

While Oreb would not say where the bulk of the sexual activity is happening, he did say that it mostly occurs between noon and mid-afternoon. That prompted him to bulk up on foot patrols in the library during that time.

“It’s not a daily event, but it is going on,” he said. “We’ve stepped up enforcement and are addressing all the complaints of lewd conduct.”

On a recent weekday afternoon, library patron Alix Sharkey sat in front of the fountain at the Flower Street entrance and checked email on his phone. The Hollywood resident said he hadn’t witnessed any untoward behavior while perusing the collections and looking at photographs. However, he said the floor plan allows for “lots of strange blind spots,” and noted that a couple could stealthily dash into any of the hidden pockets formed from the maze-like stacks.

Oreb noted that there is another problem at the Central Library: People leaving laptops, purses and other valuables at tables, then walking away and coming back to find their possessions gone. Though the number of thefts of unattended items has decreased slightly since security was heightened at the building, he said it remains an issue.

Additionally, he said, officers have been receiving complaints of patrons watching pornography at the public computer stations in the library, though that is not illegal. Persic said the LAPL cannot forbid people from viewing Constitutionally protected material at the library, even if some visitors find it offensive. He noted that viewing child pornography is illegal, however.

Oreb said anyone who sees sexual or other lewd conduct in the library should report it to a library staff member or the security desk on the main floor of the building.