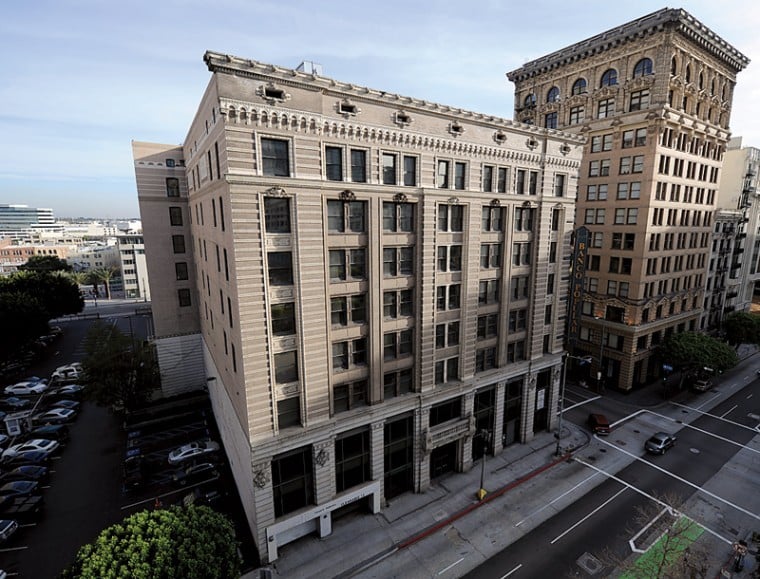 The building opened in 1903. It later became known as the Banco Popular building, though many Downtowners knew it as the longtime home of the Community Redevelopment Agency. 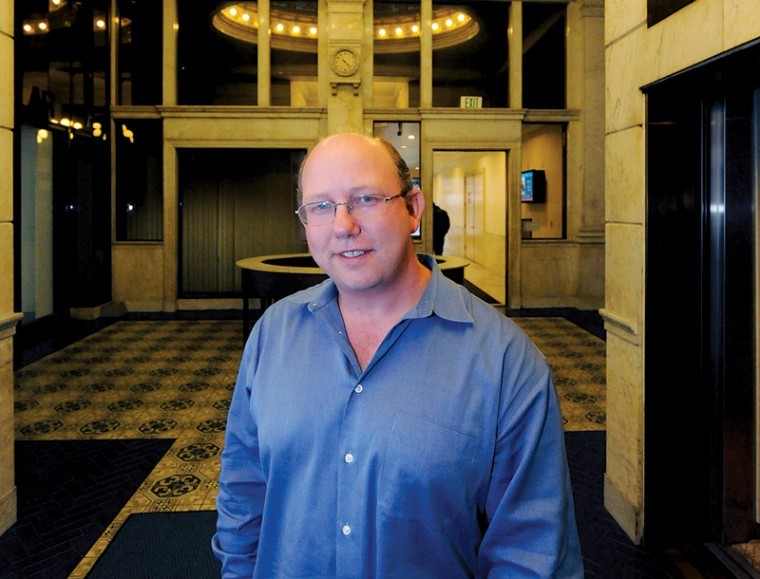 Allen Gross plans to convert the Herman W. Hellman building, where an original Tiffany glass dome remains intact in the lobby, into 212 apartments.

The building opened in 1903. It later became known as the Banco Popular building, though many Downtowners knew it as the longtime home of the Community Redevelopment Agency.

Allen Gross plans to convert the Herman W. Hellman building, where an original Tiffany glass dome remains intact in the lobby, into 212 apartments.

The project could breath new life into the once luxurious but now faded structure at 354 S. Spring St. It would mark the first start on a residential conversion in the Old Bank District in seven years.

Gross and his wife, Arax Harutunian, run the firm Neighborhood Effort. The company developed the Blackstone Lofts at 901 S. Broadway and the Los Altos Apartments on Wilshire Boulevard, a few miles west of Downtown. They are in escrow with seller Jamison Properties and expect to complete the purchase of the Hellman building, better known today as the Banco Popular building, this year. Gross would not be more specific in terms of timing.

“We are grateful at the potential of being entrusted with such a cherished, historical building,” said Gross, who is already working with a preservation consultant to have the property listed on the National Register of Historic Places.

Gross is awaiting city approvals, along with the close of escrow, to proceed with the conversion. He said a project cost has not been determined, though he expects funding will come from a mix of private and public sources including tax incentives. He plans to set aside about 20% of the units for affordable housing.

A zoning administrator is expected to consider the proposal in the next two months. At that hearing, the city will weigh granting the project an exception to a rule in the 13-year-old adaptive reuse ordinance. The ordinance demands that, in the case of residential conversions, units in a building must average at least 750 square feet.

Peterson said the size requirements might have made sense when officials were writing the ordinance in the late 1990s, but current market conditions merit a change to the rules. Today, Downtown is attracting single, young renters who seek smaller units for lower rents, she said.

Hamid Behdad, a developer who previously served as the city’s adaptive reuse czar and helped write and implement the ordinance, including the size rules, agrees that it is time for a change. He said the decision to prohibit small units was intended to discourage the conversion of historic commercial buildings into low-income, single room occupancy hotels. Now, he said, if the city wants to stimulate development, it should cater to landlords’ frequent preference for smaller apartments, which translate to higher lease rates per square foot.

“With the realities of today’s market, to limit units in terms of size, in my opinion, is no longer valid,” he said.

The city may ultimately agree with Behdad and Peterson. The city zoning administrator already has the authority to approve projects that don’t meet the adaptive reuse ordinance’s minimum size standards. In fact, Neighborhood Effort’s most recent project — the transformation of the Blackstone, which included units as small as 400 square feet — was granted the exception.

The size rules are up for potential revision by the city Planning Department, which is reviewing the adaptive reuse ordinance and considering updates. Peterson said Neighborhood Effort’s project, however, will likely go to the zoning administrator before the Planning Department alters the ordinance.

Herman W. Hellman tore down his single family home at Fourth and Spring streets in order to erect his namesake building, which may have been the first steel-framed high-rise in the city, said preservation architect Robert Chattel.

Hellman was the brother of Isaiah Hellman, who, not to be outdone, would later raze his residence at Fourth and Main streets and build the still standing Farmers and Merchants Bank building.

Much of the Herman W. Hellman building’s historic fabric remains intact. Original stained Tiffany glass is in the marble encased lobby, and Hellman’s initials are carved in various interior and exterior ornaments. All of those elements will be preserved, Gross said.

The renovation calls for restoring the nine-story building’s original corridor arrangement, which loops around every floor. Many walls were torn down to provide large office spaces for previous tenants, including the CRA, which occupied the property on the northeast corner of the intersection from 1980 to 2010. After the agency left for space on the west side of the 110 Freeway, the building was largely empty. The CRA had occupied six floors, but workers had grown angry over the property’s deterioration and the owner’s alleged unwillingness to make fixes. The building was described in a 2009 agency memo as having “fallen into disrepair.”

Once the CRA left, the building seemed at risk of becoming something of a neighborhood dead zone, said developer Tom Gilmore.

Gilmore, credited as the adaptive reuse pioneer for converting three faded structure into apartments that he branded the Old Bank District, actually came to the area in the late 1990s for the Banco Popular building.

Then working for the Hertz Group, which bought the building, Gilmore was charged with attracting commercial tenants. He worried it was a dead-end task, largely because the surrounding neighborhood was so blighted.

“I was thinking that there was no way we could reposition that building unless somehow the whole neighborhood came up, and then in that context I began to think about what would become the Old Bank District,” Gilmore said.

The neighborhood has indeed “come up.” Ironically, it’s the Herman W. Hellman building that is poised to be one of the last faded properties to find new life.

Gross said that, once approved, construction would take about 16 months. Units, he said, will be finished with hardwood floors and top-notch appliances. Unlike many lofts in the area that embraced raw finishes with exposed ceilings and concrete floors, Gross said his project will incorporate more of a soft-loft aesthetic.

Remaining elements of the building’s historic fabric, however, will not be touched, he said.