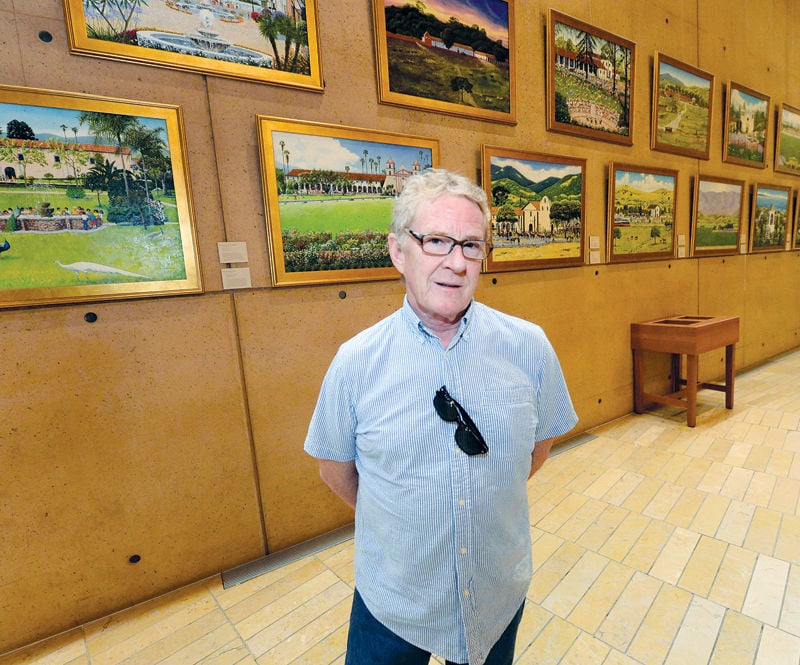 The Cathedral of Our Lady of the Angels has created a new chapel and launched an art exhibit dedicated to Father Junípero Serra, who was canonized last week during Pope Francis’ visit to the United States. The show includes 21 paintings of the missions by Howard Anderson (shown here). 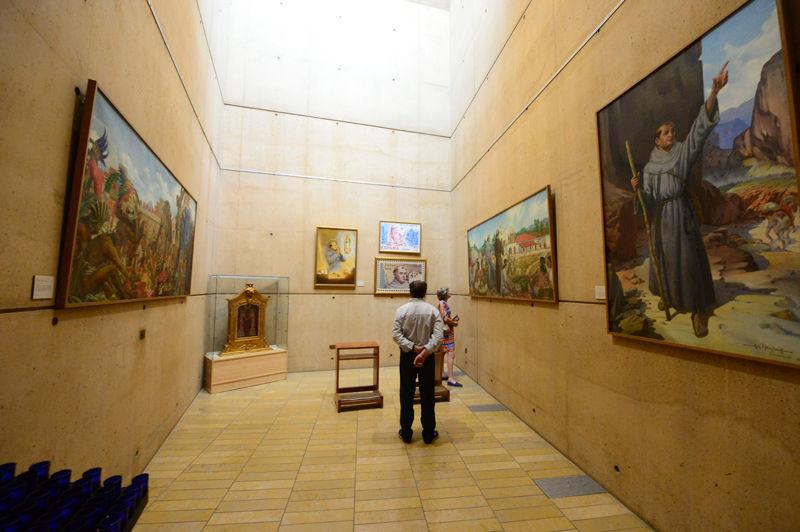 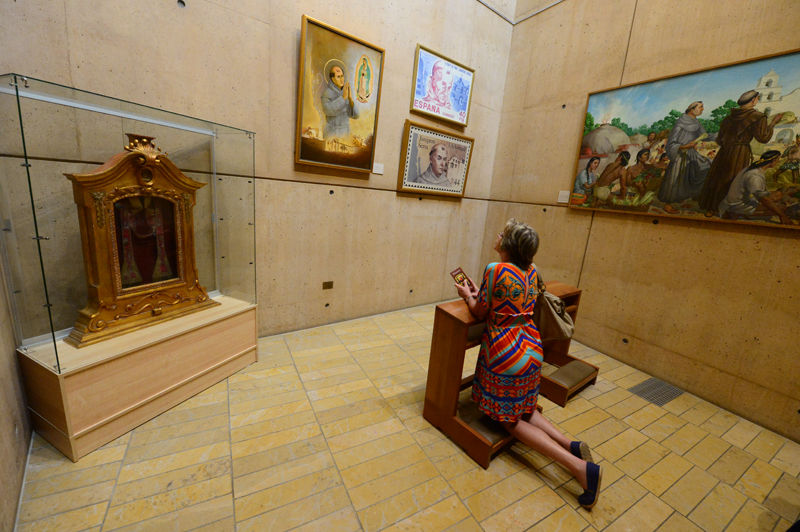 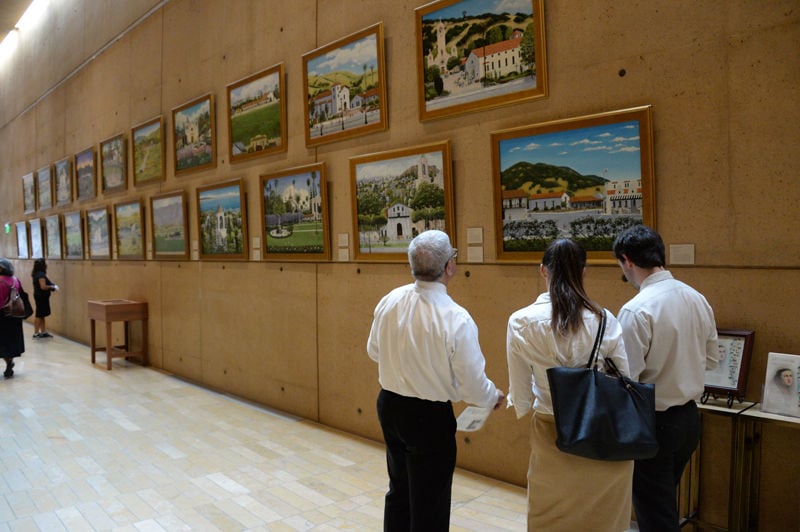 The Cathedral of Our Lady of the Angels has created a new chapel and launched an art exhibit dedicated to Father Junípero Serra, who was canonized last week during Pope Francis’ visit to the United States. The show includes 21 paintings of the missions by Howard Anderson (shown here).

Back in Downtown Los Angeles, there was a celebratory atmosphere. Hundreds of students from 35 Catholic middle and high schools gathered at the Cathedral of Our Lady of the Angels to watch a live broadcast of the Wednesday, Sept. 23, event.

Though the students have gone back to class, the celebration continues at the cathedral. A new chapel dedicated to Serra has opened, and the Los Angeles Archdiocese has launched an art exhibit honoring the priest’s legacy.

The exhibit, which runs through Dec. 31, includes three paintings by the late Mexican artist and architect Aurelio Mendoza. There is also a stole Serra wore over his robes and a small piece of Serra’s bone. A new painting by Lalo Garcia depicts Serra as a saint, with a gold halo as he looks up at the Virgin Mary, his hands clasped in prayer.

“The exhibit honors Father Serra in a very devotional way,” said Garcia, who also curated the exhibit. He was commissioned by Archbishop José Gomez of the Los Angeles Archdiocese to create the painting of Serra.

The remainder of the exhibit features paintings by Howard Anderson of each of the 21 missions. Anderson began his series in 1998 with the Santa Clara mission, adjacent to Santa Clara University, which he graduated from in 1971.

“The exhibit allows visitors to have a mini tour of all the missions, and gives a sense of their purpose and why they were built,” Garcia said.

The storytelling elements Anderson used in his first painting would set a precedent for the remainder of the series, which include depictions of a baptism at the Ventura mission, a wedding scene at the Santa Barbara mission and a children’s field trip to the Carmel mission. Each painting is highly detailed, with elements such as plants, flowers, peacocks, horses, sunsets and more. In some paintings, Anderson pulled the old artist trick of including cameos of his friends, family and himself.

Anderson said the goal was to be faithful to the landmarks and deliver a sense of history.

“I wanted to create something that would be timeless and have a lasting impact,” Anderson said. “The idea was always to tell a story, and show a contemporary take on the missions and how they have become part of California’s landscape.”

Following the January announcement that Serra would be given sainthood, the cathedral’s fine arts committee reached out to Anderson about staging an exhibit of his paintings. Anderson gladly accepted the invitation.

The Spanish missions are widely considered Serra’s crowning achievement. They were built between 1769 and 1833, with the aim of spreading Christianity among the local Native American population. Serra oversaw the building of the first mission in San Diego, and eight other missions before his death in 1784.

The canonization wasn’t without controversy. Some Native American groups claim Serra forced thousands of their ancestors to convert to Christianity and created brutal labor conditions. Garcia acknowledged the controversy, but said he would leave the details to historians, and focused instead on Serra’s faith and devotion.

“For Father Serra to accomplish what he did, he had to have been a man of great faith,” Garcia said. “Bringing Christianity to the native people was his greatest accomplishment, and to do that in an area where it’s unknown, you have to be a true believer.”

Garcia said in addition to promoting faith, he hopes the exhibit will spark curiosity about the missions and the role they played in California’s history.