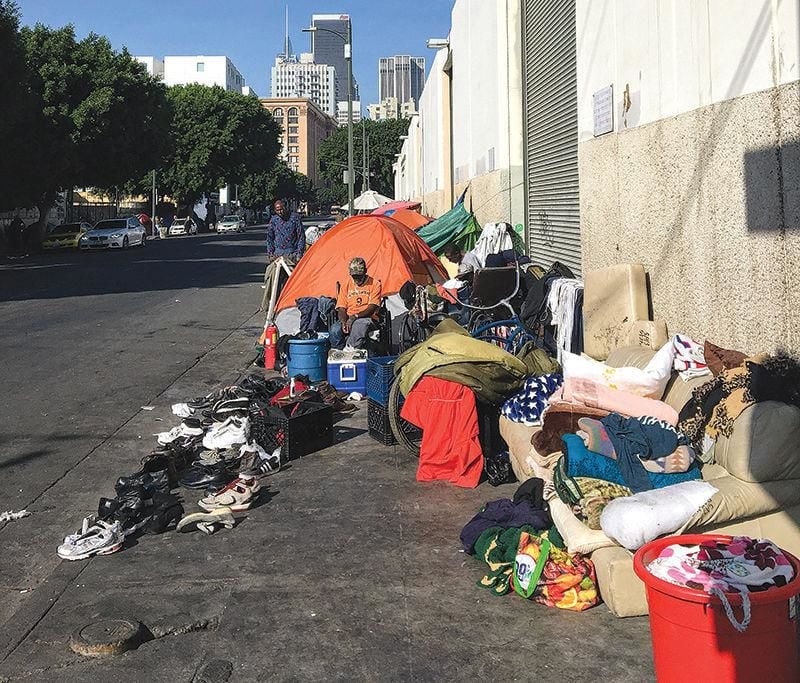 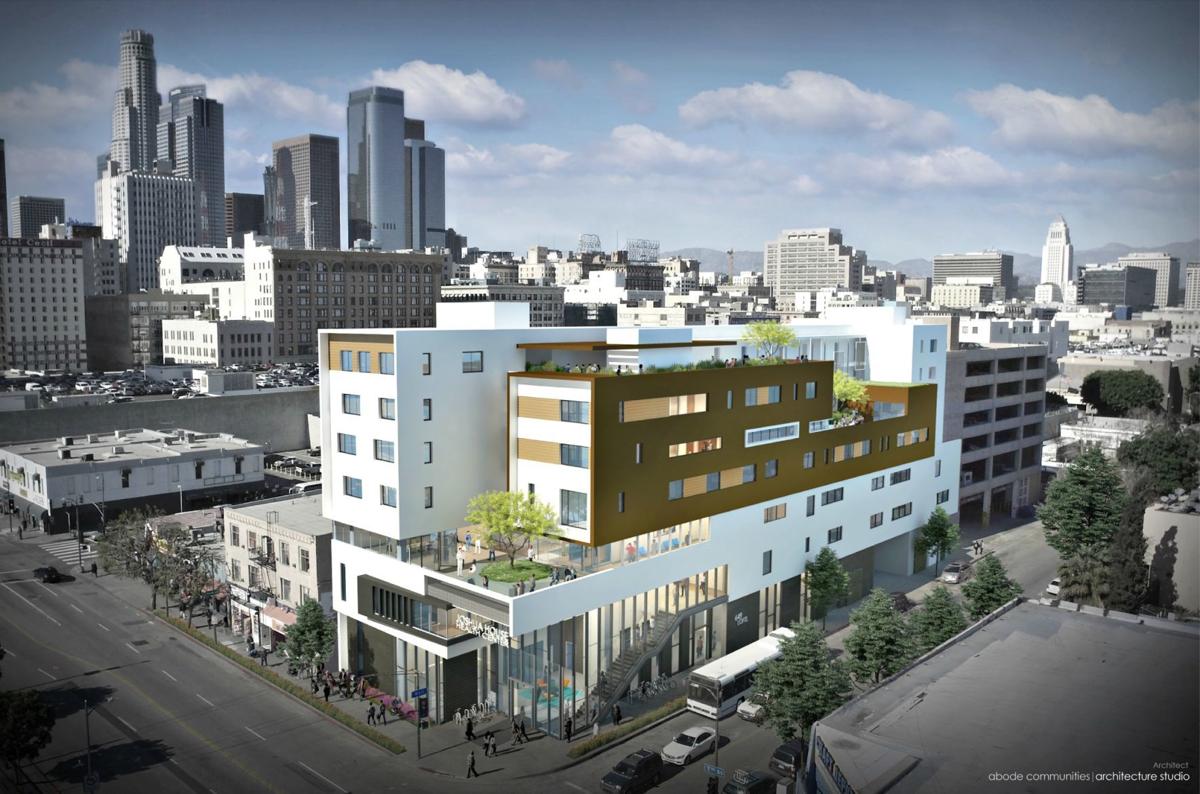 Three years after Proposition HHH was passed, only 19 projects funded by it are in the works, five of which are in Downtown. The Skid Row Housing Trust is building three of them, including the Six Four Nine Lofts in Skid Row.

Three years after Proposition HHH was passed, only 19 projects funded by it are in the works, five of which are in Downtown. The Skid Row Housing Trust is building three of them, including the Six Four Nine Lofts in Skid Row.

In Nov. 2016, city voters approved Proposition HHH, a $1.2 billion bond designed to finance the construction of 10,000 new permanent supportive housing units to address the growing housing crisis. Nearly three years later and the city is failing to meet its goals due to high construction costs and lengthy development processes, according to a new report from the City Controller’s Office.

City Controller Ron Galperin’s audit found that the pace of HHH-funded housing construction has not kept inline with the rising rates of homelessness in the city. The report released on Tuesday, Oct. 8, titled “The High Cost of Homeless Housing,” finds that construction costs have skyrocketed, with the estimated median cost to build a studio at $531,000 today, up from $350,000 for a studio or one-bedroom in 2016 when voters approved the proposition.

The city’s stated goal has been to use Proposition HHH funds to construct 10,000 new units. The audit found that, should all pending projects be funded, only 7,640 housing units would be created, with only 5,873 being supportive housing (the rest would be affordable housing or management units). The report notes that the time it takes to build the units “does not meet the level of urgency needed to match the magnitude of our homelessness crisis.”

“Tens of thousands of people are sleeping on our streets, in our parks and on our sidewalks each night,” Galperin said in a prepared statement. “Providing housing and shelter is a proven way to solve homelessness, but three years after voters approved a $1.2 billion bond for that very purpose, not even a fraction of the housing required exists. A course correction is needed so that the City can maximize HHH dollars and create more units quickly and cost-effectively.”

In the report, Galperin suggests that the city needs to look into simplifying the construction process, finding alternative building models and possibly diverting funds to tackle the humanitarian emergency for people on the streets.

The report finds that only 19 projects are in construction in the city. Of those, five are in Downtown. The include Affirmed Housing Group’s Aria Apartments and Single Room Occupancy Housing Corporation’s Hartford Villa Apartments in City West, as well as Skid Row Housing Trust’s 649 Lofts, SP7 Apartments and Flor 401 Lofts in Skid Row.

In response to Galperin’s report, Andrea Garcia, a spokesperson for Garcetti, said in an emailed statement that the Mayor’s Office is committed to building 10,000 supportive housing units by 2026. Galperin’s audit “is a thoughtful look at a generational challenge” she said, and “acknowledges the deep complexity of the task before us.”

“We are on track to meet our goals — and Mayor Garcetti is as committed as ever to reaching the objectives of Prop. HHH, and accelerating the work of connecting homeless Angelenos to the housing and healing they need to rebuild their lives,” Garcia said.

The report comes in the wake of the Los Angeles Homeless Services Authority’s annual homeless count. Released in June, the count found found that homelessness rose 16% in the city over 2018 and 12% countywide.

The construction delays are a result of both the development process and in some cases local pushback, according to Benjamin Henwood, a professor of social work at the University of Southern California researching homelessness and housing. He said that rising construction costs are also hampering efforts.

Last month, after a year of operations at the city’s first shelter at El Pueblo, John Maceri, CEO of the nonprofit the People Concern that operates the shelter, said that only 13 of the 92 people serviced by the site have been matched with permanent supportive housing. While some were able to find alternative spots, the lack of supportive housing stock makes it hard for bridge housing sites to transition residents into the intended long-term solution.

Along with looking at the reasons behind the rising costs, Galperin’s report recommended using some HHH funds for more emergency uses, including the financing of new shelters to help those on the streets. He also suggested that those dollars could go toward additional storage and hygiene options for homeless individuals.

Henwood said that with permanent supportive housing, much of that was aimed at long-term or chronically homeless individuals. For those who fall into homelessness suddenly, he said that often other services such as rapid rehousing or financial assistance are used. He said shelters could help those currently on the street, but said that comes with a caveat for the original plan for Proposition HHH.

“Each dollar you spend on a shelter is one dollar less than permanent solutions,” Henwood said.

The audit also recommended looking into shifting funds from some projects to lower-cost ones, such as modular housing or shared homes.