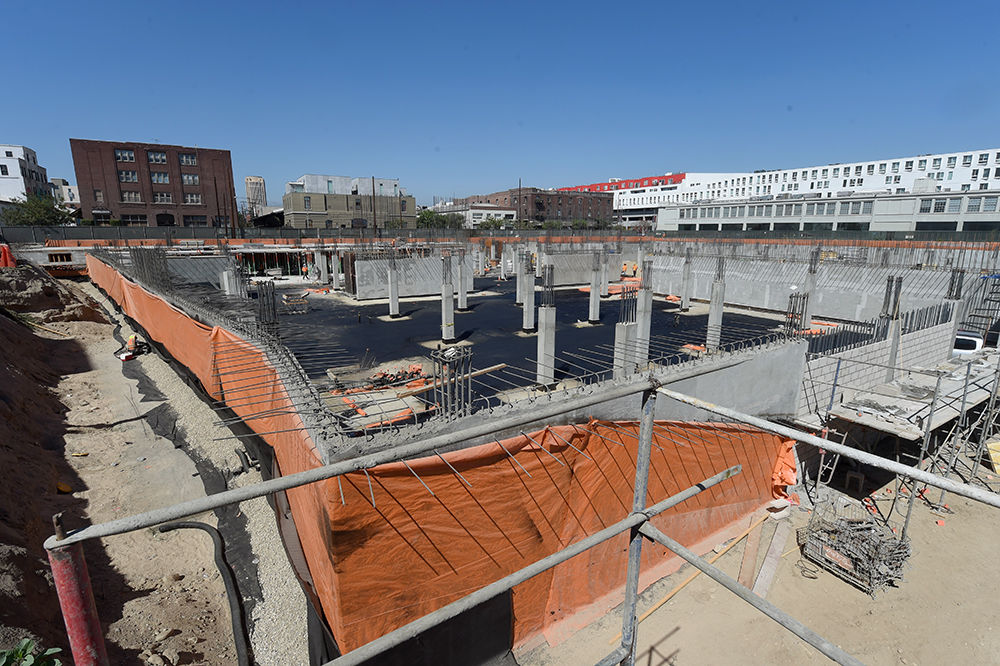 950 E Third St. is one of a number of under-construction projects in the Arts District. 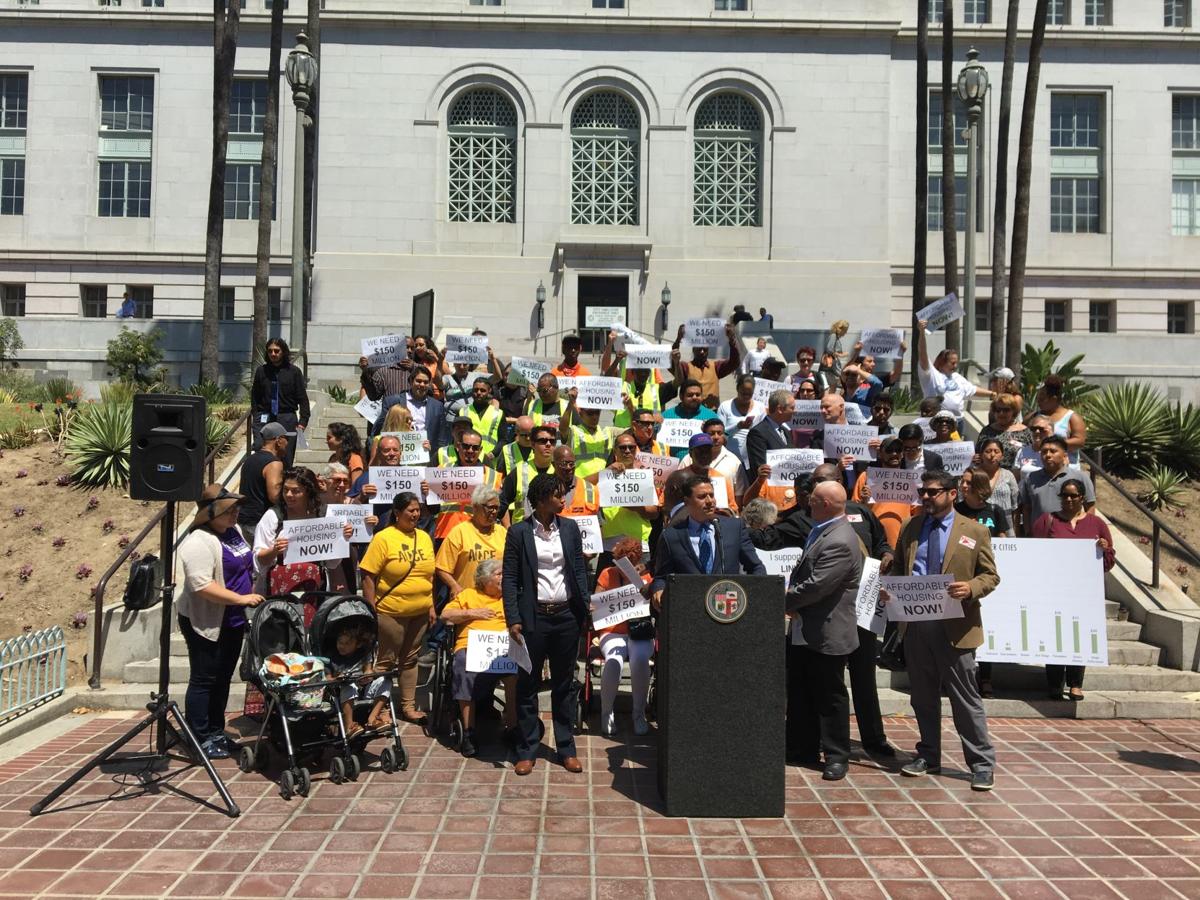 Councilmembers José Huizar, Mike Bonin and Marqueece Harris-Dawson rallied supporters for the linkage fee at a press conference before the Aug. 22 City Council Planning and Land Use committee meeting.

The City Council voted unanimously on Wednesday, Dec. 13, to levy a new fee on developers in order to spur more affordable housing.

The “linkage fee” is expected to collect about $104 million each year, which will go toward both preserving existing affordable housing covenants (which lock in subsidized rents on a property) and creating new low-income housing.

The effort was pushed by Mayor Eric Garcetti and 14th District City Councilman José Huizar, whose district includes much of Downtown.

“The city has long needed its own funding source to ensure that our residents and families who have lived in Los Angeles all their lives, can continue to call the city that they love home,” Huizar said in a prepared statement.

The fee will be calculated by square footage of new construction, with rates — which go up to $15 per square foot — differing on whether the project is commercial or residential, and which part of the city it is in.

The council also passed a motion from First District Councilman Gil Cedillo to consider how the funds could create more “workforce” housing for middle-income workers who are struggling with rising rents.

Critics of the fee contend that it will simply raise the cost of construction and discourage new building amid a housing crisis, with just 2.9% vacancy in the L.A. metro area, according to the USC Lusk Center for Real Estate.

Opponents of the plan included City Controller Ron Galperin, who said that the fee would increase rents while creating only a small number of low-income units.

The city’s affordable housing fund has dwindled in the past decade after the dissolution of the Community Redevelopment Agency, dropping from $100 million in 2010 to $26 million in 2014.