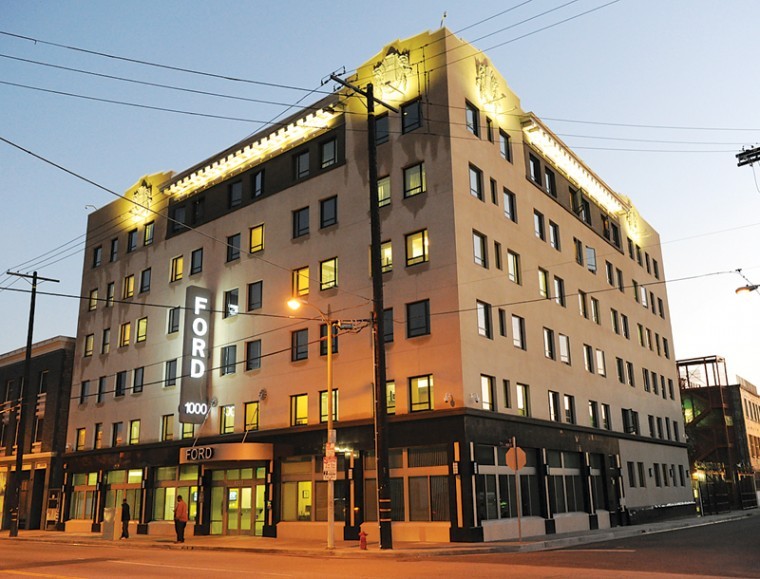 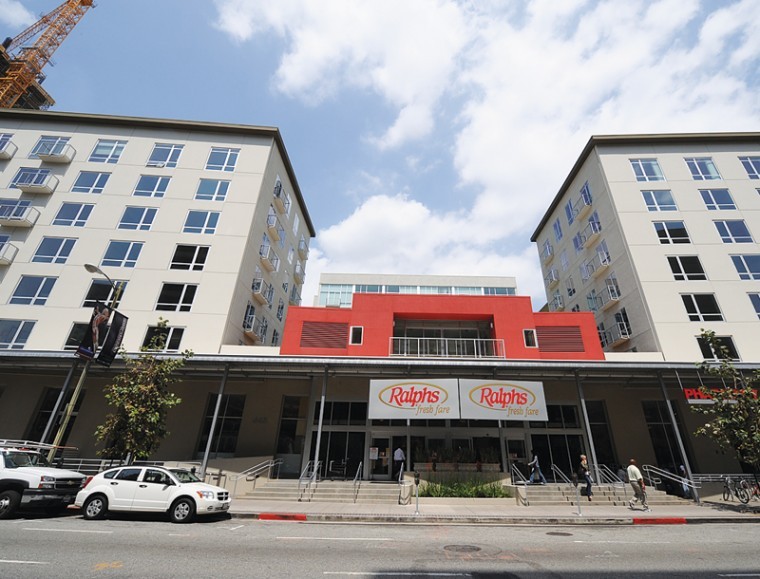 The CRA paid the developer of the Market Lofts to convert units in a neighboring building into affordable apartments.

The CRA paid the developer of the Market Lofts to convert units in a neighboring building into affordable apartments.

DOWNTOWN LOS ANGELES - The pending dissolution of redevelopment agencies statewide has local affordable housing developers scrambling to plan for a future without the state's top driver of low and moderate-income residential projects.

The loss of the agency is an especially pronounced blow to Downtown providers and builders of subsidized housing in and around Skid Row, where rising homelessness has only increased the demand for shelter.

The law killing redevelopment agencies calls for the state to repurpose those funds, and all other unobligated redevelopment dollars, for core government services such as schools and law enforcement.

Local affordable housing developers had come to rely on the CRA for crucial, early-stage funding that would allow them to go to other financing sources with some leverage, said Paul Zimmerman, executive director of the Southern California Association of Nonprofit Housing.

"With the elimination of the agency, nobody's going to be doing that early investment, and that's a tragedy," Zimmerman said. "We're looking at much less local money available to build affordable housing and the housing crisis hasn't gone away. It is probably worse."

The agency generally spends between $1 million and $4 million per affordable housing project. Typically, $1 dollar spent by the CRA on an affordable housing effort has yielded nine additional dollars from other public and private investors, said agency spokesman David Bloom.

There is some hope in Sacramento for preserving the revenues already collected and allocated for housing by agencies. A bill by State Sen. Darrell Steinberg would allow local city housing authorities to retain redevelopment agencies' on-hand affordable housing dollars. The bill, SB654, was slated for a hearing after Los Angeles Downtown News went to press.

If the bill is passed by the Senate and Assembly and signed into law by Gov. Jerry Brown - who led the charge to kill redevelopment agencies in the first place - it would preserve the CRA's $162 million for affordable housing projects citywide.

Steinberg's bill does not, however, include a mechanism for generating new funds going forward, and it's the long-term picture that some housing organizations say is most disconcerting. The CRA dissolution hits harder considering that the federal government this year slashed by 38% the budget for its Home program, which replenishes the city's Affordable Housing Trust Fund.

"If it were just the CRA, it would be one thing, but it's in the context of every source for affordable housing taking hits," said Molly Rysman, director of external affairs for permanent supportive housing developer Skid Row Housing Trust.

The nonprofit relied on a $2.1 million CRA contribution to fund its under-construction New Genesis mixed-income apartment project on the 400 block of South Main Street.

"The CRA is one of the tools in a tool box of about 10 tools, and most of them are gone, so it's pretty troubling as an industry," Rysman said.

In Downtown, the CRA has helped developers construct nearly 5,000 units of workforce and permanent supportive housing, said Ninth District Councilwoman Jan Perry. Its money has gone to a long list of projects including the Downtown Women's Center, the Ford Hotel and the Renato Apartments.

The agency also played a key role in several projects that redevelopment backers say had a ripple effect of economic development. For example, the CRA helped propel the Market Lofts, the mixed-use effort that brought Ralphs to South Park and gave Downtown its first full-service grocery store in 50 years.

The agency spent $7.3 million in 2001 to buy a portion of the land at Ninth and Flower streets for developer CIM Group. The CRA gave another $4.3 million to CIM in exchange for the firm agreeing to create 50 affordable units in its adjacent Gas Company Lofts.

The Los Angeles CRA is one of the 400-plus state redevelopment agencies set to dissolve on Feb. 1. Legislators are considering a proposal to extend the date to allow cities and other potential successor agencies more time to plan for the post-redevelopment era.

Even with an extension, however, there seems little near-term help for local nonprofits that have come to rely on CRA financing. SRO Housing Corporation, a major provider of emergency, transitional and permanent housing in Skid Row, stands to be particularly hard hit. The nonprofit has leaned on annual CRA funding commitments of about $500,000 to meet its budget.

SRO Housing Corp. is currently weighing its options, but without an alternative funding source, a cutback in services may be necessary, said Anita Nelson, the organization's chief executive officer.

For years, SRO has managed the CRA-owned San Julian Park in Skid Row, paying for maintenance and security. The nonprofit also manages the city-owned Gladys Park at Sixth and Gladys streets. The CRA's annual commitment to SRO is tied to emergency and supportive housing. Without those funds, Nelson said the nonprofit may no longer be able to afford managing the Skid Row parks, both of which serve as key gathering and recreation places.

"That would be devastating because the parks are such vital resources to the community," Nelson said. "In the long run, hurting the community hurts us. If that park isn't open guess where those 70 people are going to be?"

CRA housing projects that were approved and contracted before the legislature voted to eliminate redevelopment agencies are protected. The L.A. Housing Department will take over the CRA's former task of making sure that property owners meet their obligations to maintain affordable residences.