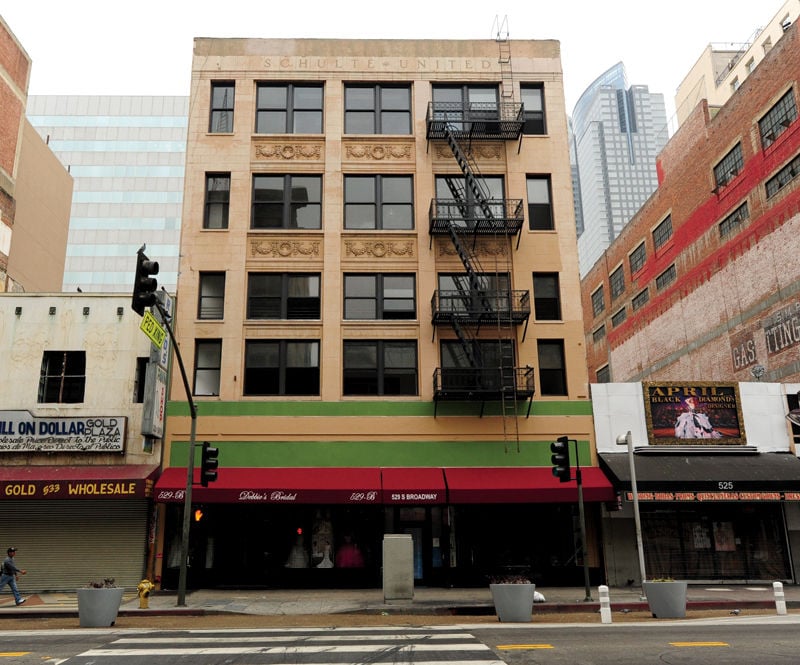 The 1928 Schulte United Department Store building has become the Broadway Arts Tower. The four-floor edifice, which has been mostly vacant for four decades, is being marketed as creative office space. 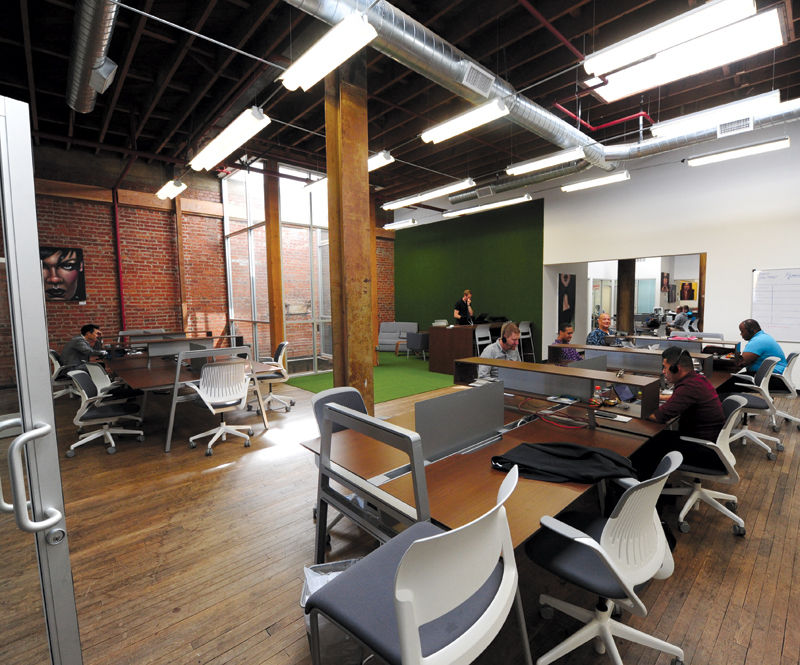 The company Blankspaces, which rents desks and flexible creative office space to individuals and groups, has taken up residence on the fourth floor of the building.

The 1928 Schulte United Department Store building has become the Broadway Arts Tower. The four-floor edifice, which has been mostly vacant for four decades, is being marketed as creative office space.

The company Blankspaces, which rents desks and flexible creative office space to individuals and groups, has taken up residence on the fourth floor of the building.

DOWNTOWN LOS ANGELES - The Schulte United Department Store building opened in 1928. For 40 years Angelenos flocked there to shop for goods and clothing, as well as to eat at a 125-seat cafeteria.

Schulte United went bankrupt in the late 1960s, and the closure of the building at 529 S. Broadway left it in the same state as many of its neighbors. Although it had some ground floor retail tenants over the next four decades, its upper floors sat vacant, collecting dust.

Now, the building is back. It has seen a $2 million transformation and has a new name, the Broadway Arts Tower. The property is being marketed as creative office space.

The Schulte United building was acquired in July 2012 for about $3 million, according to Michael Treadway, property manager and financial officer for the building. He would not identify the buyer, who also purchased and rehabbed the nearby Spring Arts Tower.

Work started in late 2012 and was completed last month.

“The owner likes a challenge, and he saw the potential of turning this building into a mini version of the Spring Arts Tower,” Treadway said. Referring to the street-enhancing effort propelled by 14th District City Councilman José Huizar, he added, “It also made sense because of the Bringing Back Broadway initiative and everything happening in the neighborhood.”

The work posed numerous challenges. It took three months just to gut the interior, Treadway said. Not surprisingly, basic infrastructure such as electrical, fire and sprinkler systems had to be replaced.

After that came the restoration of the interior and exterior. The facade renovation was overseen by local architect Roger Bennett and involved removing cheap sheet metal coverings and repairing old damage.

“The exterior was largely covered over so it was a process of archaeology,” Bennett said. “It’s a very nice building, well-proportioned and well-crafted.”

Inside, the original wooden floors were sanded down and refinished, as were the brick walls. Old paint was stripped off the grand staircase, revealing glimmering bronze inlays, and its brass handrails were polished to a ruddy luster. Some original tin ceilings were fixed and buffed.

One particular hurdle was the central elevator, which Treadway said would have been too expensive to bring up to code. Instead, the owner created a “glass well” out of the elevator shaft to serve as a mega-skylight of sorts. A new elevator sits near the rear of the building.

The restoration preserves much of the original aesthetic of the 38,000-square-foot edifice, which Treadway is using as a tool to woo office tenants. The building’s fourth floor has already been leased to Blankspaces, which rents desks and flexible creative office space to individuals and groups. Three other leases are in the works, Treadway said.

Blankspaces founder Jerome Chang, who is also an architect, said he had been scouting locations in Downtown for a third outpost of the business. The East Coast transplant was struck by the look and feel of the Historic Core building, as well as the urban environment around it.

“The more I thought about it, the more it made sense. We’re next door to transit and we’re in the heart of all the developments on Broadway,” Chang said. “The street was once a mecca of leisure and business and I knew that was coming back.”

The building reopened just as Huizar unveiled a Broadway streetscaping renovation that trimmed traffic lanes and added pedestrian areas. The property is also the first example of another Huizar effort to upgrade the street, the Historic Commercial Reuse initiative, which launched in December after five years of work between the office of Huizar, the city Department of Building and Safety, the Los Angeles Fire Department and other city agencies.

The plan aims to do for commercial projects what the Adaptive Reuse Ordinance did for residential conversions of defunct buildings, namely streamline the labyrinthine code requirements for developers working on historic properties. Huizar has focused on Broadway, where he says more than 1 million square feet of upper floor space sits unused.

“The policy did exactly what it was intended to do, which is make it easier and cheaper for an owner to reuse a building for new purposes,” Huizar said. “In the past when this was attempted, a developer would get confusing mixed messages about how to interpret the building code and could be stuck on some extremely restrictive standards.”

While the Historic Commercial Reuse guidelines have been around for less than year, Huizar and Treadway both hope to see more developers take a chance adapting older buildings. It’s about taking part in Broadway’s return, Treadway said. He thinks others will find inspiration from the transformation of the Schulte United building.