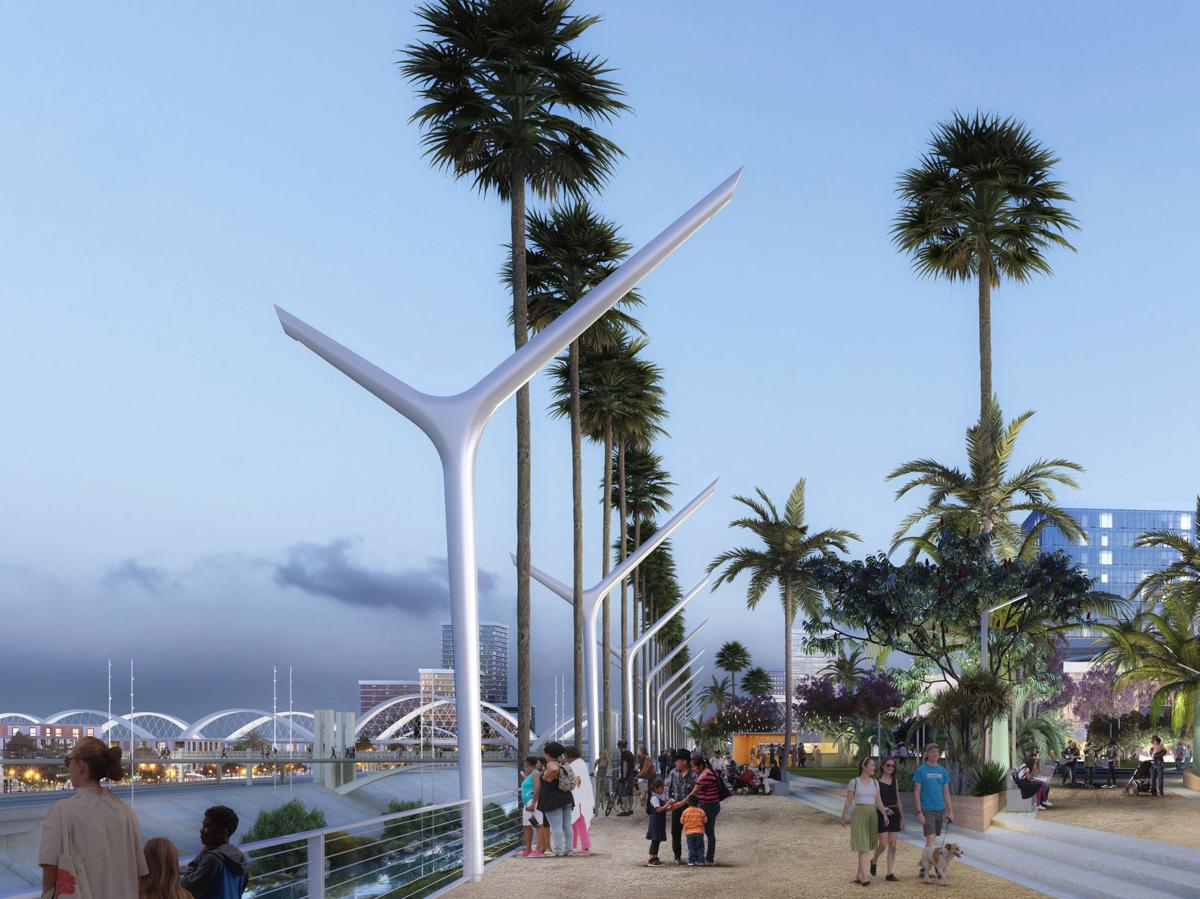 The vision includes new residential and mixed-use projects along the river’s path, in addition to 300 acres of new parks and 7.2 miles of bike paths.

AECOM's proposal calls for unifying all of the publicly owned projects along the Los Angeles River, and partnering with private developers.

If all goes according to plan, in coming decades some of the various proposals for the Los Angeles River could come alive over a four-mile stretch that runs through Downtown. If it all works as intended, the waterway would be invigorated with a coordinated series of mixed-use and residential projects, along with 300 acres of new parks in Downtown, Lincoln Heights, Boyle Heights and adjacent areas.

On Wednesday, Oct. 4, the Downtown office of the engineering, consulting and construction firm AECOM presented a vision for what it labeled the “L.A. River Gateway” project. Nancy Michali, associate vice president of AECOM, said the project aims to create a coordinated implementation framework for various proposals, and avoid a patchwork of developments along the river’s path.

AECOM developed the framework on its own; it was not done at the behest of the city or LARiverWorks, the formal body overseeing the river’s overall, multi-billion dollar upgrade, Michali said. AECOM’s team has been discussing the idea with Mayor Eric Garcetti’s office for more than a year.

“Private sector partners like AECOM are helping to bring decades of planning and design work to life, attract creative partnerships, and show Angelenos what the river’s future could be,” Garcetti spokesman Alex Comisar said in a prepared statement. “The Mayor appreciates the L.A. River Gateway vision and AECOM’s approach in consulting our office during its development.”

A New Path for the L.A. River

AECOM’s plan calls on different public entities that own property along the banks between the Lincoln Heights Jail on the north and Seventh Street on the south — the city, the Army Corps of Engineers, the county and the state — to work together. Those entities collectively own more than 600 acres of land. AECOM suggests they form a joint-powers authority to coordinate and raise funds for new housing, streets and public spaces such as parks. They could also partner with private developers who are working near the river to create more mixed-use projects.

“The river is too large for one entity,” said Jonathan Dearing, AECOM’s director of strategy.

The new report builds on projects already envisioned or underway. For example, in industrial areas near the recently reopened Los Angeles State Historic Park, it urges creating more intersections, sidewalks and access points to the river. This would continue through the heart of Downtown, and there would be an additional 7.2 miles of bike paths, Michali said.

The proposal also envisions stretching pedestrian and bicycle paths south to connect with the parks being developed as part of the Sixth Street Viaduct replacement.

AECOM representatives said the goal is not to win construction contracts for the entire four miles, but they acknowledged they hope to work on the roughly 120-acre Piggyback Yard facility in Lincoln Heights owned by Union Pacific Railroad. Under AECOM’s vision, the railroad’s footprint would shrink (in part due to modernizing the facility) and trees and paths to the river would be added.

The city is currently working with the Army Corps of Engineers on what is known as “Alternative 20,” a plan to transform 11 miles of the waterway between Griffith Park and the southern edge of Downtown. The city is expected to pay at least $980 million of the project’s $1.3 billion budget, though it has not been determined where the city’s portion of the funds would come from. Work is expected to last decades.

AECOM also met with the offices of Councilmen Gil Cedillo and José Huizar, whose First and 14th council districts, respectively, include the path of the Los Angeles River.

“The CD14 stretch of the L.A. River is a very exciting one. I’ve been actively pursuing a river bike path and the connection of the riverside to the new Sixth Street Bridge, for example,” Huizar said in a statement to Los Angeles Downtown News. “I welcome the thoughts and designs of AECOM and am hopeful it adds to the momentum and hastens the revitalization of even the most concrete of the River’s course.”

Dearing said that AECOM’s next step is to meet with potential private partners, including developers and existing landowners.