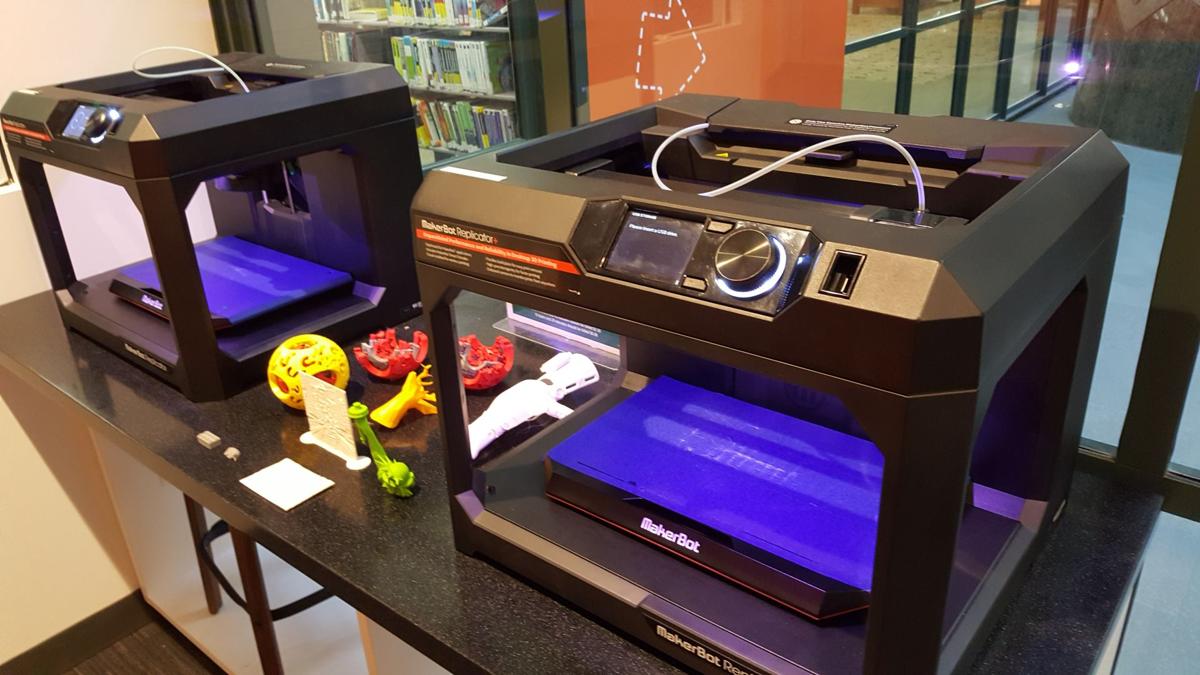 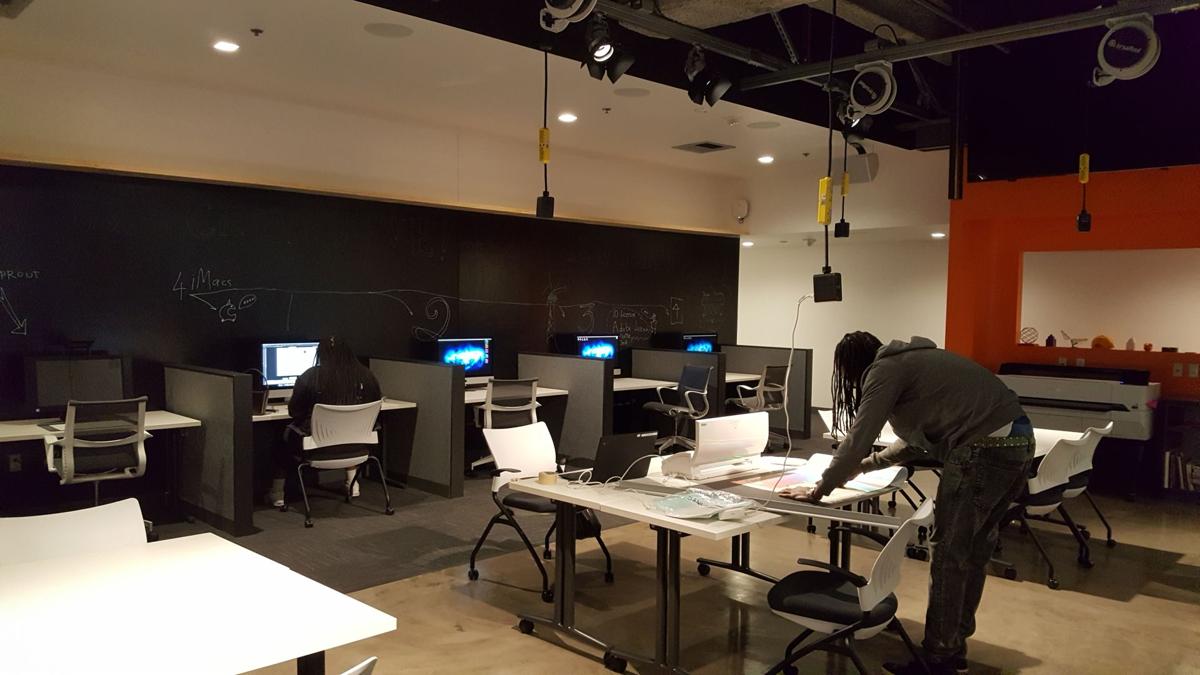 The 3,000-square-foot Octavia Lab opened last summer, with the idea of bringing high-tech creative tools to the public for free.

It’s just after 2 p.m. on a Tuesday afternoon at Downtown’s Central Library and three friends excitedly watch a laser sear into a piece of wood. The wood smokes as a Dungeons & Dragons character class logo is carved out of the block.

Wood carving might seem like an unusual activity for a library, but it’s part of one of the latest additions to the Central Library. The trio are utilizing the laser cutter in the Central Library’s Octavia Lab. The 3,000-square-foot maker space opened in June on the second lower-level of the Downtown institution, carrying high-tech crafting tools such as a pair of 3-D printers and an audio-visual lab for people to record, mix and edit movies, music and other creations.

The lab is named for the groundbreaking science-fiction author, and library visitor, Octavia Butler. It’s the first free space of its kind in Downtown, and the initial idea started roughly four years ago, according to Vi Ha, the librarian overseeing the Octavia Lab.

The space was created to offer specialized tools to people of all economic backgrounds and ages. Since opening seven months ago, the lab has drawn in a heavy mix of people, from students to full-time artists and visitors just trying to complete a specific project.

“I’ve met students who are building prosthetics to help people eat, others with full-time jobs record music here,” Ha said. “I met someone who made a 3-D printed dog, and someone who decided to laser cut his resume and do a pitch that way.”

Since its launch, the library has gotten word out via flyers and outreach to local schools, but Ha said that many people do stumble upon the space unintentionally, while going up or down the library’s levels.

Zed Bracken, one of the three people making the Dungeons & Dragons class earrings with the laser cutter, said that they had been using the tools earlier to craft some items, and are now going to try using different equipment until the lab closed for the day.

Almost everything in the lab is free to use, or starts that way. Visitors, for instance, can use the lab’s two 3-D printers for free for three hours, and after that its $3. Certain high-demand features, such as the A/V studio (per the Central Library, the most popular part of the Octavia Lab) can be reserved in advance as well. The staff recommend reserving a slot a week in advance.

Decoration is minimal, with some of Butler’s quotes on the wall and manuals for using the devices on bookshelves. A number of small plastic creations from the 3-D printers fill out of the space, from orbs to hands.

Currently the Octavia Lab is only open four hours a day, Monday-Saturday (1-5 p.m. Monday-Tuesday and Friday-Saturday, 3:30-7:30 p.m. Wednesday-Thursday). The library says that’s in part due to limited staffing. Currently, at least two employees are on site at any given time, with anywhere from four-five staffers on the clock throughout the day.

Other items in the space include 10 computers with Adobe Creative Cloud, a CNC Mill for carving smaller items, a large-scale printer, and more low-tech options such as two sewing machines.

Sitting at one of the lab’s tables under a power outlet — more than half a dozen hang from the ceiling with retractable cords — James Gadsden was cutting vinyl logos for shirts with a crown logo. A musician, he said that he used the studio to mix more than 100 songs. James said that he’s been trying to work three hours a day at the lab, working his way through the space.

“It’s cool having this kind of stuff available,” he said. “I’m just trying to use it to the best of my ability and get good at [using the stations].”

A lot of the equipment in the lab is not as difficult to use as many people who visit the Octavia Lab expect, Ha said. Many of the devices are specialized, but tools like the laser cutter or the vinyl printer require only a pre-made design by users. The staff is trained in the basics to help anyone get a handle on the A/V studio or the CNC mill. They also have basic software and prompts to help first-time users try out different tools. Some of the programs, such as Adobe programs like Illustrator, require more background knowledge and practice.

One of the most popular, and extensive, parts of the Octavia Lab is its DIY Memory Lab. Located near the back of the space, it includes ports for cassette tapes, VHS, a scanner and anything needed to digitize old analog data. Most of the tools are located in a large tower of computers, and the lab also offers machines for digitizing Super 8 and 16mm film stock that could otherwise degrade over time.

During a recent visit, Melina Tran was scanning old printed family photos. She said she was concerned about the photos fading, and the Memory Lab did a strong job at preserving the detail and color of the prints.

Unlike some of the other features, first-time users of the DIY Memory Lab need to attend an orientation session at the lab to learn how to use the digitizing tools. The next one is on Wednesday, Jan. 8, followed by one on Jan. 25.

With its first seven months out of the way, the Central Library is planning on expanding the hours of operation at Octavia Lab this year. The exact schedule has not been worked out as of press time.