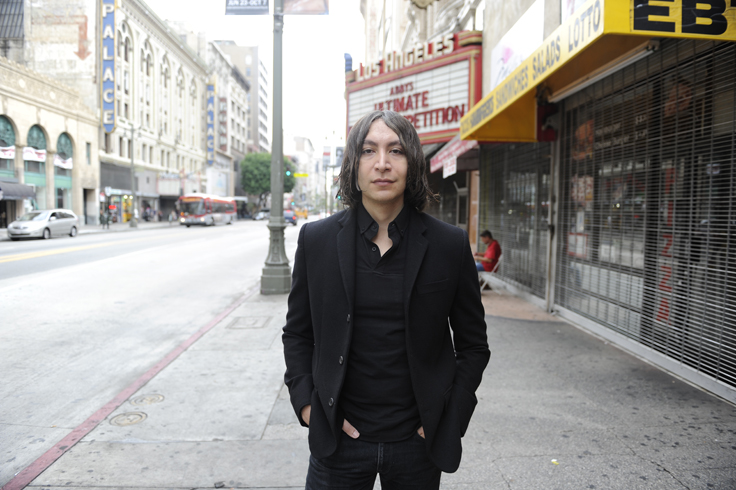 Shahram Delijani in front of the Los Angeles Theater. The venue is one of four the family owns and plans to activate as concert venues. 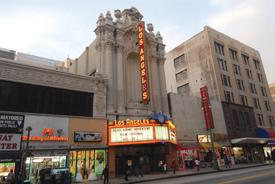 The Los Angeles Theatre at 615 S. Broadway is one of four historic theaters owned by the Delijani family. Read more from Behind the Delijani Empire.

Shahram Delijani in front of the Los Angeles Theater. The venue is one of four the family owns and plans to activate as concert venues.

The Los Angeles Theatre at 615 S. Broadway is one of four historic theaters owned by the Delijani family. Read more from Behind the Delijani Empire.

DOWNTOWN LOS ANGELES - For years, the status of four Broadway theaters owned by the Delijani family has been one of the biggest trouble points for the revitalization of Broadway. Although many have envisioned a revived Palace, State, Los Angeles and Tower theaters functioning as mini-epicenters of nightlife, the family has been slow to act, worried about the cost, loading issues and a perceived lack of parking.

Now, all that could change. If the new plan comes to fruition, the family could have a major role in really bringing back Broadway.

Next week, Shahram Delijani expects to file documents with the Department of City Planning for a proposal that would bring the turn-of-the-20th-century theaters back to life by transforming them into concert venues and delivering restaurants and bars. The plan involves securing a series of permits that would, in essence, consolidate all four venues into a single “theater complex,” even though they are on different blocks.

“I can’t help but feel that this is my dad’s vision for Broadway coming to life,” said Delijani, whose father, the late Ezat Delijani, began the family’s theater collection in 1987. That was when he heeded a request from then-Mayor Tom Bradley to buy the Los Angeles Theatre and save it from the wrecking ball.

The “theater complex” approach would make it easier to develop and market the four properties, said Kate Bartolo, a land-use consultant working with the Delijani family. She said it would include elements such as kitchen facilities and similar liquor licenses for all the theaters, which would make it easier to attract restaurant and bar developers.

No cost has been released for the project, as Delijani said plans are in the early stage. In the past, projections of renovations for the entire buildings, have been in the tens of millions of dollars.

Delijani said that instead of renting out the facilities for shows, the family will operate the venues as the Broadway Theater Group. The new production company will book musical acts and other yet-to-be determined live shows.

“We realized that getting the theaters up and running and ready isn’t enough to get them actually active and used for live performances, so we decided to start producing events ourselves,” he said.

There have been efforts for years to persuade the Delijanis to upgrade and actively program the theaters. Although the Los Angeles, at 615 S. Broadway, and the Palace, at 630 S. Broadway, are occasionally seen by the public during the summer Last Remaining Seats movie series organized by preservationist group the Los Angeles Conservancy, events over the decades have been relatively rare. The State, at 703 S. Broadway, is occupied by a church, and the Tower, at 802 S. Broadway, is primarily used for filming.

Still, some changes have come. Last year the 1,000-seat Palace underwent a $1 million renovation. The venue was rechristened with a performance from avant-garde theater troupe Lucent Dossier.

There have been sporadic other shows, such as a concert by the band Wilco at the Los Angeles Theatre in January. Still, the venues have lacked the consistent programming seen at another Broadway venue, the Orpheum Theatre, which Steve Needleman revived in 2001.

“I applaud the effort of anyone who is making improvements on Broadway,” Needleman said.

Needleman noted that the Delijanis will face challenges. He said his own experience has taught him that programming a theater and competing against other venues can be difficult.

“I know as well as anyone what it is to stay competitive in today’s production world,” he said. “Everything has to be stepped up.”

Then there are the costs of power and plumbing in an old building, he said. Parking access for large production trucks is also a challenge, he added.

There is no timeline yet on when all four venues will begin holding regular concerts and other performances, but Delijani said that within a year, thanks to the in-house production company, programing will be stepped up at the Los Angeles and Palace.

The Tower will follow. The State will be the last to return to regular life. Delijani said that will occur in about five years, after the current lease with the church expires.

Once the permits are approved, Delijani said he will begin to look for commercial tenants to open restaurants and bars at the venues. That will follow a current trend on Broadway. Establishments such as Umamicatessesn, Two Boots Pizza, Alma and Figaro Bistro have either opened recently or are under construction on the street.

“There are going to be a handful of bars and a handful of restaurant spaces,” he said. “With the movement we’re seeing on Broadway, I can’t imagine that it would take too long to find the right tenants.”

In addition to power, light and sound upgrades, there will be some restoration work on the theaters, he said.

There have been efforts throughout the years to spur the Delijanis into action. In 2009, 14th District City Councilman José Huizar led the effort to have the intersection of Seventh Street and Broadway renamed Ezat Delijani Square.

The family has long cited a lack of public parking as an issue. It created a sort of chicken-and-egg scenario, with some people calling for activation to spur the need for parking, and the Delijanis responding that their plans would die if adequate space for cars wasn’t there already.

As Needleman noted, Delijani has also cited loading as a challenge, particularly at the Los Angeles Theatre, where an alley that once served the building is no longer accessible to large trucks. Delijani said they are working on a solution to provide access to production vehicles at the theater, but would not detail what those plans are.

Huizar, who noted that the 10-year Bringing Back Broadway initiative he launched in 2008 was sparked by a conversation he had with Ezat Delijani about the potential of the street, said the parking issue could be addressed with future developments such as the planned Broadway Arts Center. The proposed mixed-use space would contain a theater, an art gallery and affordable housing for artists. Although no location has been identified, he said it could include parking.

Huizar is also working on a long-term plan for Pershing Square, which he said could include a proposal to better connect parking there with Broadway. The planned Los Angeles Streetcar, which Huizar hopes will begin operations by early 2016, could also help, since people could park further away and take the streetcar to Broadway.

“I think the Delijanis are very committed to revitalizing those theaters and Broadway,” he said.   “From what I see, this is what Bringing Back Broadway is all about: to bring the historic theaters back to entertainment venues to be the anchors of the revitalization.”

Delijani said they have a deal to offer discounted parking for future concert attendees at Pershing Square.

Adrian Scott Fine, director of advocacy for the Los Angeles Conservancy, said bringing the theaters back to life would be a long-awaited key to reviving Broadway.

“I think reactivating those theaters is what we’ve all been looking forward to,” he said.

However, as plans progress, Fine said he is mindful of the potential impact the project could have on the character and historic features of the theaters.

Nevertheless, he said, it is exciting news.