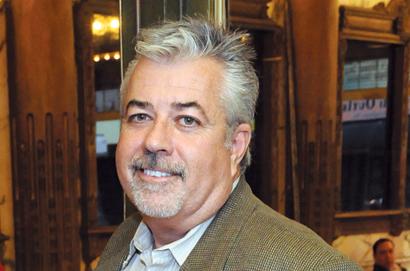 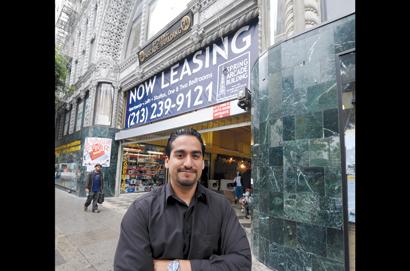 DOWNTOWN LOS ANGELES - The sudden firing last week of the leader of one of Downtown's largest business improvement districts has riled some prominent business leaders and the area's council representative, who believe the move may have violated California open-meeting laws.

On Sept. 15, the 13-person board of the Historic Downtown Los Angeles Business Improvement District voted to oust Russell Brown, who has led the organization for about four years. At the same meeting, the board installed Roberto Saldaña, the former in-house counsel to Broadway property owner Joseph Hellen, as the new head.

Board members claim the change was made to move the BID forward and ensure its renewal when its five-year term ends in December 2013. The worries stem from a recent failed attempt to add a few residential properties to the BID's boundaries. Only 26% of district property owners submitted a ballot to vote for the expansion. A similar low participation rate would likely doom the renewal effort.

Proponents of the BID fear that its expiration would be disastrous for street cleanliness and public safety in the Historic Core. Currently, the BID spends more than 64% of its annual budget of about $1.3 million on those services.

"We have a pending renewal coming in two years and we feel that with Roberto we have a better chance at renewing our BID here," said board president Boris Mayzels.

The effort to engage property owners will involve more focused outreach on Broadway, where some building owners have been considered absentee landlords who remain detached from local community and economic initiatives like the proposed streetcar, Mayzels said. Saldaña will be charged with outreach on the street, and directing more BID resources to economic development efforts to expand the kind of commercial growth seen on Spring Street in recent years one block west.

The choice of Saldaña, however, could present new challenges. The company he previously worked for has clashed repeatedly with 14th District City Councilman José Huizar.

Brown did not respond to several calls from Downtown News, but board members said that he is assisting Saldaña with the transition, and will continue in that role for two weeks. In the meantime, the BID board is facing allegations that it may have acted unlawfully.

Broadway theater owner Michael Delijani, the sole board member to vote against firing Brown, is pushing for the BID to reconsider the move. So is Huizar's office.

Delijani emailed a letter to Mayzels on Monday alleging that the group may have colluded. Some board members, he said, appear to have orchestrated the leadership change in a series of secret meetings before the Sept. 15 session. Downtown News obtained a copy of Delijani's email.

"As I understand now, few Board members with your knowledge and permission have had numerous meetings to discuss firing our executive Director and hiring a new one without the knowledge and or permission of the Board," Delijani wrote.

Mayzels and other board members, including vice president Eric Shomof, denied any wrongdoing.

"There was no decision made before the meeting," said Shomof, whose family owns several properties in the district, including the Premier Towers and the Hayward Hotel on Spring Street. "From our knowledge everything was done legally."

BIDs are bound by the Brown Act, a collection of public meeting laws that regulate city councils and other local governmental entities. The Brown Act mandates that groups post notice 24 hours before special meetings that, like the BID's Sept. 15 session, are held on a day other than regularly scheduled events. The law requires the organization to post a notice of the meeting in a designated spot.

While Mayzels emailed notice of the meeting to the board on Sept. 9, the agenda was not emailed until around 5 p.m. on Sept. 14, less than 24 hours before the 10 a.m. meeting. It is also unclear if the BID posted a physical notice for the session. Mayzels, the board president, did not post the notice at the BID's meeting place at the Exchange, at 114 W. Fifth St. He said that if anyone posted the notice, it would have been Brown.

On Tuesday, Mayzels said the board had no indication that the meeting or its action was facing any kind of legal challenge. Until that happens, he said, the BID would continue with its transition. But Huizar's office is still probing the board's actions.

"More glaring [than the issue of notice] would be the fact that they fired and hired a guy all in one meeting," said Jessica Wethington McLean, executive director of Huizar's Bringing Back Broadway initiative.

Wethington McLean questioned the decision to hire a new director without a public search, without a search committee and without prolonged consideration for the chosen replacement in a public setting.

"That would suggest that there would be some amount of major coordination before this meeting happening, which is potentially a violation of the law," she said.

While Huizar's office is raising concerns about the BID's process, his representatives also consider the choice of Saldaña to be problematic.

Saldaña's former employer, Downtown Management, which owns nine properties on and along Broadway, has repeatedly locked horns with Huizar over development and historic preservation issues.

In his role with Downtown Management, Saldaña has questioned the proposed funding mechanism for the $100 million Broadway streetcar, a pillar of Huizar's revitalization effort on the street.

"We can't emphasize enough how baffled we are with the choice," Huizar spokesman Rick Coca said.

Huizar bristled at Downtown Management's plan to erect a parking garage on Spring Street, saying it would block rear loading access to three historic theaters on Broadway that are also owned by the company (the venues are currently used as swap meets). Downtown Management, in turn, erected a billboard on Broadway supporting Huizar's challenger in the March city council election, Rudy Martinez.

When historic preservationists balked at Downtown Management's installation of green marble on parts of the podium of the historic Spring Arcade building, Saldaña defended his boss, Hellen, telling Downtown News, "The guy spends $45 million out of his own pocket. Can't you just give him his green marble?"

"It doesn't matter what they say," Coca said. "All we have to go by are [Saldaña's] previous actions."

Meanwhile, one board member suggested that Brown's ouster is, ironically, partly rooted in the fact that he did too much as a Downtown advocate. A longtime volunteer with the Downtown Los Angeles Neighborhood Council - he was president from 2006 to 2010 - Brown has been nearly omnipresent at city meetings dealing with all aspects of Downtown.

"This is not the first time it was felt that his mandate was interpreted too broadly," said Ed Rosenthal, a real estate broker who represents the owner of the Chapman Building on the BID board. "It does not reflect on his communications ability or intellect or encyclopedic knowledge of Downtown. It's only about that the owners felt he wasn't advancing their interest."

The BID's regularly scheduled meeting was slated to occur on Wednesday, but it was canceled. A special meeting has been scheduled for Friday at 11 a.m. The agenda calls for a discussion on the executive director position.