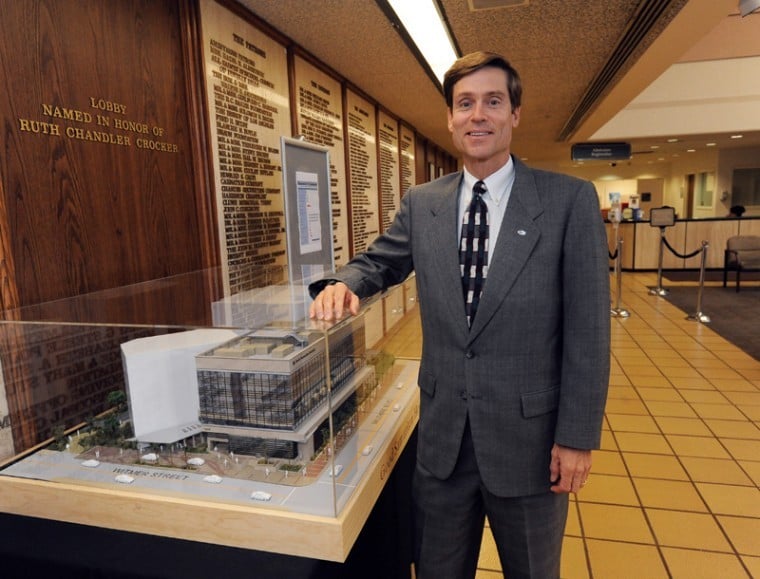 Andrew Leeka, president and CEO of Good Samaritan Hospital, shows off the model for an $80 million expansion. A groundbreaking for the project at 1245 Wilshire Blvd. is this week. 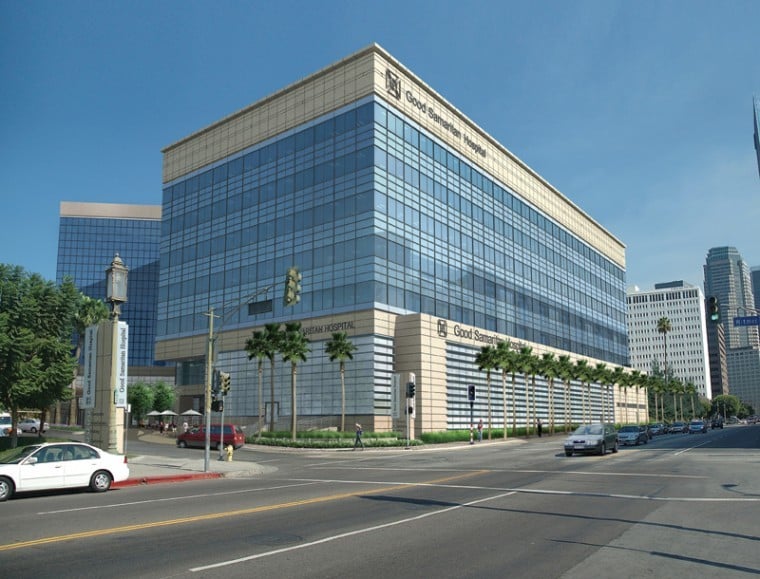 The seven-story building will help the hospital attract up to 150 new doctors. Construction is expected to last about two years.

Andrew Leeka, president and CEO of Good Samaritan Hospital, shows off the model for an $80 million expansion. A groundbreaking for the project at 1245 Wilshire Blvd. is this week.

The seven-story building will help the hospital attract up to 150 new doctors. Construction is expected to last about two years.

DOWNTOWN LOS ANGELES - When plans for an $80 million expansion of City West's Good Samaritan Hospital were circulating a few years ago, Eben Feinstein, chief of staff of the institution, remembers hearing from doubtful staff members. They questioned whether the funds for a seven-story medical building could be assembled at a time of frozen lending markets and dying projects.

"The doctors were asking me, ‘Are they really going to build this thing?'" he recalled.

The definitive answer to that question comes this week. On Thursday, Oct. 6, hospital officials and other local leaders will come together at a current parking lot on the northeast corner of Wilshire Boulevard and Witmer Street to break ground on the Good Samaritan Medical Plaza.

The development will add an outpatient surgical center with eight outpatient operating suites (the hospital currently has three such suites), five levels of physician's offices and a higher-profile street presence on Wilshire. The 193,000-square-foot building will also serve as home to some of Good Samaritan's specialty medical clinics, among them a cardiac care facility and a blood donor center. The radiation and oncology departments will also move into the new building.

As much as anything, it's a chance for the 126-year-old facility to prepare for the future. The 408-bed hospital, said Good Samaritan President and CEO Andrew Leeka, currently operates at 100% capacity. The new building is slated to open in about two years.

"The situation is that we've run out of space," said Leeka. "That's a problem, but that's also a huge opportunity for us."

The building being designed by the firm Ware Malcomb will feature a glass façade between limestone walls. It will share a lobby on Witmer Street with an existing Good Samaritan medical building. A ground-floor cafe is planned.

Part of the design will include features intended to complement pedestrian activity. The eastern side of the building will hold three window panels that will likely feature displays focusing on medical history.

"We have spent a lot of time making sure the outside is something that is attractive, desirable and comparable to the neighborhood," said Dan McLaughlin, vice president of professional services for the hospital.

While many projects across the nation were halted or canceled when the economic downturn hit, the Good Samaritan development is fully funded.

Leeka said the money came from the sale of a four-acre plot at 1111 Wilshire Blvd. to Vancouver, Wash.-based Holland Partner Group for $45 million. In June, Holland Partner began construction on a seven-story apartment building on the site.

"We took the proceeds from that sale, we invested it and we have all the cash to pay for this to be built," Leeka said. "That's an enviable position to be in."

Good Samaritan Hospital was founded in 1885 by an Episcopal nun as a nine-bed facility in Downtown. A year later, St. Paul's Episcopal Church entered into an agreement with the California Diocese to assume control of the facility. It was called The Los Angeles Hospital and Home for Invalids.

Later that year it was renamed Good Samaritan. The hospital moved to its current location in 1911. The current facility was built in 1976 and two medical buildings were added four years later.

The facility's obstetrics unit, which delivers about 4,500 babies annually, has gained wide acclaim, in part because Madonna gave birth to her daughter there in 1996. Another past hospital patient was eccentric millionaire Howard Hughes.

Each year, Good Samaritan admits approximately 17,000 patients and handles more than 93,500 outpatient visits, according to the hospital website. More than 8,000 surgeries are performed annually in 18 surgical suites. The emergency room sees more than 33,000 visits per year. There are about 680 physicians on staff.

The new facility could help attract as many as 150 additional doctors to Downtown, Feinstein said. Despite that, he said the main focus in the new building will be on patients.

A primary benefit of the new building is the outpatient surgical centers. It's an increasingly common direction in medicine. McLaughlin said 60% of Good Samaritan's current clients are outpatients.

Outpatient procedures that can be performed at the new facility will include foot, ankle, shoulder and eye surgery, as well as cardiovascular rehabilitation and even plastic and cosmetic surgery.

"You're going to have things centralized," Feinstein said. "Your doctor in a nearby office, eight surgical suites. It's built to take care of patients who are coming in for an outpatient procedure. It's not like an afterthought. It's the focus."

The new building will also include a pharmacy that will be modeled after drug dispensaries at Costco, Leeka said. This will help keep the cost of prescriptions low while speeding up the process by electronically connecting doctors with the pharmacy.

With the money in place and a groundbreaking set, Feinstein said many doctors, including himself, are looking forward not just to this week, but well into the future. The same goes for Leeka.