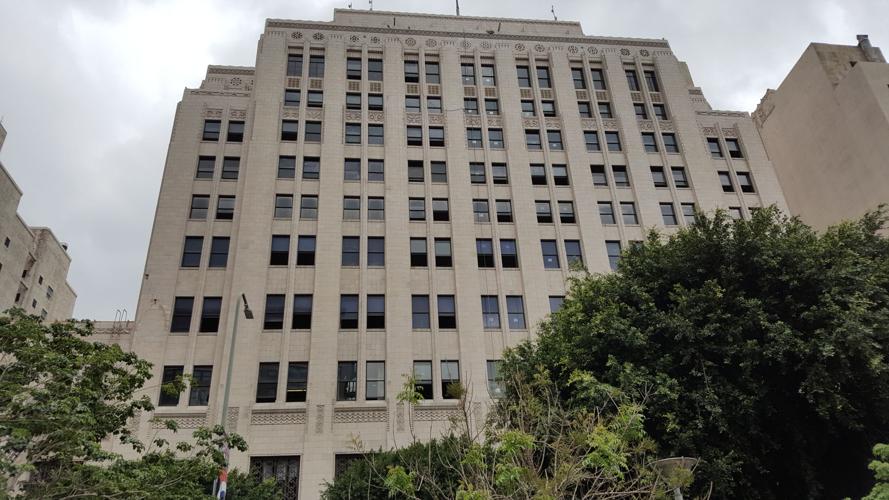 One of the biggest projects in the area is the transformation of the Trust Building. Rising Realty Partners is turning the 320,000-square-foot structure at 433 S. Spring St. info creative office space. It could hold hundreds of workers. 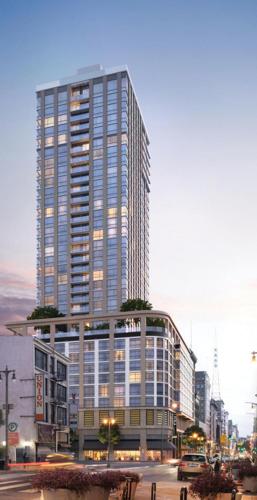 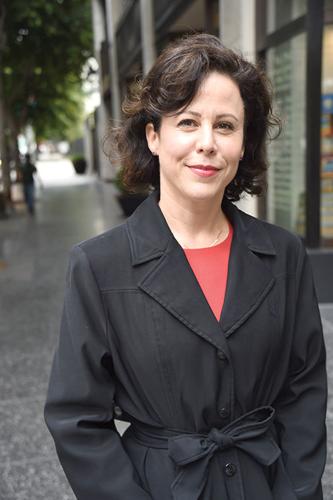 The Historic Core Business Improvement District formed 20 years ago, just as the neighborhood began to undergo a seismic change. As the organization seeks a five-year renewal, Executive Director Blair Besten is readying a 10-year plan for growth in the area.

The Historic Core was an unlikely spark of the Downtown Los Angeles renaissance. At the turn of the 20th century the neighborhood that borders Skid Row was filled with aged, defunct structures. A set of government office buildings emptied after 5 p.m. The corner of Fifth and Main streets was an open-air drug bazaar.

The change in two decades has been stark. The area now teems with high-priced apartment buildings and restaurants from star chefs. The sidewalks remain lively well after dark as people flock to area bars and nightspots. Fifth and Main is a destination.

But it’s not a complete 180-degree turn: The neighborhood’s challenges are just as intense as the change. The area is struggling with a sizable homeless population. There are increasing concerns about safety.

The main organization trying to keep a handle on everything is the Historic Core Business Improvement District, which is in its 20th year. The organization, which like other BIDs essentially “tax” property owners to pay for cleaning, safety and other services, is seeking a five-year renewal. Ballots have been mailed out to area property owners, and people who control more than 50% of the assessed territory must vote in favor of an extension. Results are expected this summer.

Blair Besten, the BID’s executive director since 2011, believes that despite both the immense progress and the challenges, a second, potentially even larger wave of change is on the horizon.

“The BID was constructed 20 years ago. We’re not the same place we were then. For one thing, we have so many more people,” Besten said during a recent interview in her Fifth Street office. “There are many challenges that we’re facing now, but they’re not hidden challenges. And even with that, it’s a very exciting time in the Historic Core. There’s all of the new construction. The skyline is changing before our eyes.”

Homelessness Dips by 3% in County Over the Previous Year

Besten is quick to point to statistics and achievements: The BID has collected 10 million pounds of garbage and removed more than 32,000 pieces of graffiti during the current five-year term. Employees hired through the nonprofit Chrysalis have power washed streets and walls for a total of 4,500 hours. The BID started the Historic Core Farmer’s Market in 2012, which still takes place every Sunday.

The BID, which covers about 50 blocks and is roughly bounded by Fourth Street, Olympic Boulevard, Maple Avenue and Hill Street, has a 2018 budget of $2.2 million, Besten said. Besten and a marketing and services coordinator are the only full-time staffers.

While she is pleased with the past, Besten is looking toward the future. She said the BID is putting together a 10-year plan of advances that can be completed by the opening of the 2028 Summer Olympic. Part of that is a new marketing campaign, a “Historic Core 2.0” theme aimed at drawing more business to the neighborhood, and filling in some of the vacant spaces.

Some signs of change are already apparent. Perla, a 35-story housing tower from SCG America, a subsidiary of a Chinese company, is under construction at Fourth Street and Broadway; it will be the area’s first residential high-rise. The Topaz Apartments, with 159 units, just opened at 550 S. Main St. In November, the Yellin Company sold the iconic Grand Central Square complex to Beverly Hills-based real estate company Langdon Street Capital.

The changes are in part why the BID matters, according to Shahram Delijani, whose family owns numerous buildings in the neighborhood, including four historic theaters on Broadway. The holdings make the Delijanis one of the most highly assessed property owners in the BID.

“I think when people have had a service for many years, in this case 20 years, they tend to get used to it and forget what things were like beforehand,” Delijani said. “I think the BID has been absolutely essential for the Historic Core’s success thus far. It’s even more important now that we’re shifting gears to the next phase of our growth.”

The Historic Core faces an undeniable homelessness crisis. The heart of Skid Row lies only a few blocks east of Broadway. In recent years tent encampments have proliferated in the Historic Core.

A related issue is crime. Violent and property crime increased in 2017 in Downtown, according to the Los Angeles Police Department. The intersection of Fifth and Broadway has long been known as a trouble spot due to the drug dealers who operate there. The LAPD’s Central Division has responded by increasing foot and bike patrols in the Historic Core.

The Failing Fight Against Drugs on Fifth Street

Izek Shomof, a Downtown developer who sits on the BID’s 11-member board of directors, said the organization is doing well in addressing the needs of the community, but wants the city to respond more forcefully to drug dealing and homelessness. He said the issues are hurting the neighborhood.

Richard Shamooilian, a partner with the development company King’s Arch and a board member of the BID, said that the transformation of the Historic Core has helped the area boom, but that the demand for services continues to rise. Trying to meet that demand can be taxing for the BID, but it has filled the gap so far, he said.

Delijani said that the problems facing the Historic Core and the BID aren’t new, but have become increasingly stark.

“People make the mistake of thinking the BID is going to solve every problem. That’s just not in their control to solve everything. Certainly, keeping the streets clean, having a presence on the streets, that helps with safety concerns,” Delijani said.

Besten said that progress will require the BID to increasingly collaborate with property owners and city agencies. Steps as simple as getting property owners to keep their spaces clean can go a long way, she said. She added that some issues related to trash and crime have arisen precisely because of the area’s evolution.

“Our problems are not just that homelessness increased. We have more people patronizing the bars. So we have more issues with people getting out of bars, intoxicated, harassing people,” Besten said. “We have more density, so we’re going to have more trash and more need for police and BID services.”

Shamooilian said that the BID’s job is to provide supplementary services to what the city provides, and to take business owners and city agencies to task.

Besten credited the LAPD for helping prevent more crime in the community. Still, she acknowledged that some stakeholders think the neighborhood is growing increasingly volatile.

Filling in the Gaps

While the neighborhood has changed dramatically in 20 years, the growth has been patchy. Besten pointed to a number of empty buildings and continued retail vacancies. She maintained that those are actually good for the neighborhood, providing room to grow.

One key addition is the Trust Building. Rising Realty Partners acquired the 11-story edifice at 433 S. Spring St. in 2016 and has embarked on a transformation. The 320,000-square-foot structure is being pitched as office space, and could hold hundreds of jobs.

Chris Rising, the firm’s co-founder and president, credited the BID with creating an environment for growth.

“We’ve had a great relationship with the BID,” Rising said. “Blair, in particular, has been extremely supportive of our work to restore the Trust Building to its former grandeur.”

The Trust Building is one of several projects that could make the Historic Core more of a destination for firms seeking creative office market. Besten thinks that the future will bring more office space and fewer housing projects.

Michael Soto, research manager with the brokerage firm Transwestern, said a number of Historic Core offices spaces are available for around $3.50 per square foot. The neighborhood is cheaper than the Arts District, which is also seeing a boom in the creative office market, and is attractive to a different type of clientele, he said.

“In the Historic Core, it’s tenants are for the most part already are in Downtown rather than moving here from Hollywood. They’re looking for more space, specifically more creative space,” Soto said. “And maybe they’re looking for that historic character.”

Another potential growth sector in the area is hospitality. Rising and Delijani pointed to proposed hotel projects including a Cambria Hotel at 419 S. Spring St. and a project at 633 S. Spring St. from Lizard Capital and architect Adam Sokol.

The retail sector is also expanding. Although scores of spaces have been rented in the last five years — including chains such as Urban Outfitters and Ross opening on Broadway — and the area holds a mix of new businesses and long-time tenants, a number of vacancies remain.

Part of that is because of price; monthly rents on Broadway run from $4-$12 per square foot, according to Derrick Moore, a principal at the firm Avison Young and an expert on the Downtown retail market. Some property owners are holding out for tenants, such as major name brands, that can pay the higher rents, Besten said.

Affordability also comes into play in the residential sector. Besten noted that while the area holds numerous low-income and affordable housing projects, the Historic Core has a severe shortage of workforce housing and developments that serve a middle-class clientele.

Besten is among a chorus of stakeholder who remain enthusiastic amid the challenges. Rising predicted that the opening of new hotels, residences, restaurants and entertainment spaces will continue. Shomof said that the BID is handling its mission in a growing neighborhood.

Besten added that perhaps the biggest challenge is keeping up with the fast-moving changes.

“We just need to learn to manage this district that’s growing so much,” she said. “Both the benefits and problems of the neighborhood are growing.”