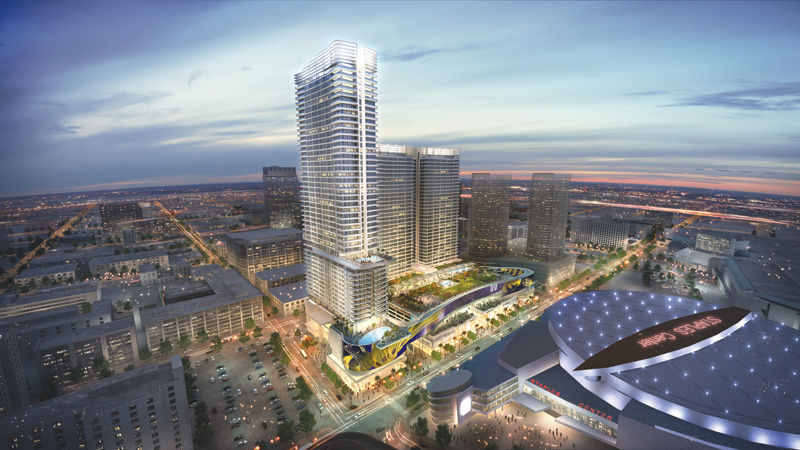 The $1 billion Fig Central will bring three high-rise towers with 504 condominiums and 183 hotel rooms to a site across from Staples Center. A 100-foot-high parking and retail podium will offer more than 160,000 square feet of shopping and entertainment space. 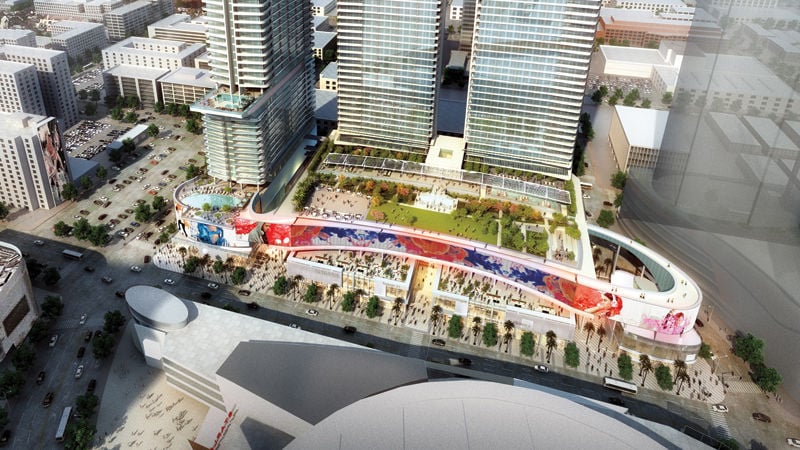 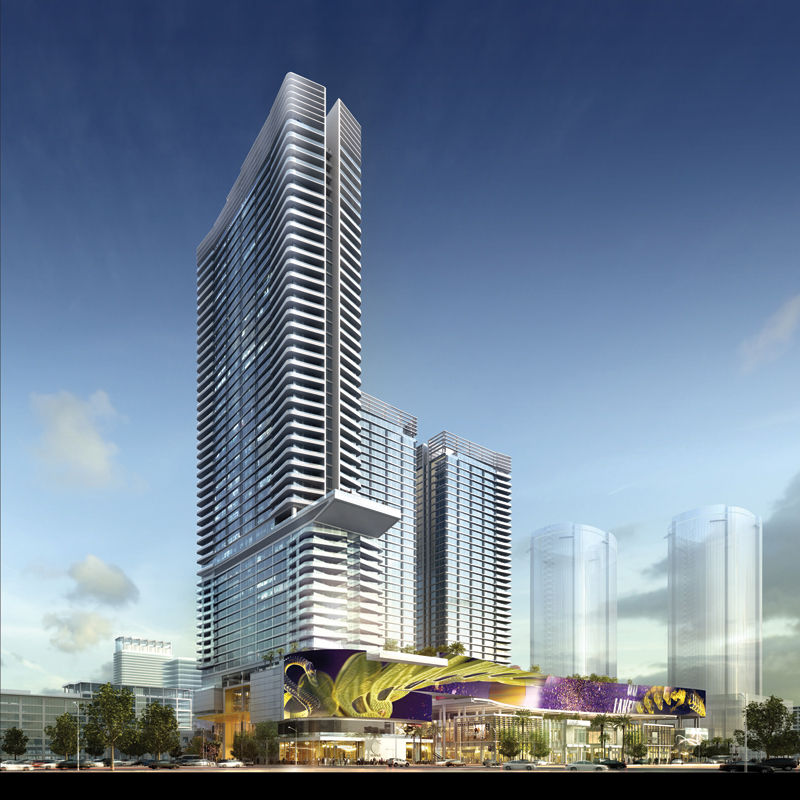 The $1 billion Fig Central will bring three high-rise towers with 504 condominiums and 183 hotel rooms to a site across from Staples Center. A 100-foot-high parking and retail podium will offer more than 160,000 square feet of shopping and entertainment space.

DOWNTOWN LOS ANGELES - Just a year after Shanghai-based developer Greenland broke ground on the Metropolis mega-project north of L.A. Live, another Chinese real estate juggernaut is putting shovels in the dirt for its own massive development.

Beijing-based Oceanwide is scheduled to hold a groundbreaking ceremony on Thursday, March 19, for a roughly $1 billion project that will rise on a 4.6-acre lot just east of Staples Center. It marks a turnaround for a site that had been in development turmoil for nearly a decade.

The development, dubbed Fig Central, will feature one 49-story tower and two 40-story towers, all sitting on top of a 100-foot-tall podium. The podium will have 1,444 parking stalls and an open-air galleria with more than 166,000 square feet of retail space. The project will be built in a single phase.

Fig Central is the first real estate venture outside of China for Oceanwide. The developer bought the site and its entitlements last year for a reported $200 million from New York City-based Moinian Group. Fig Central is slated for completion by 2018.

“We feel that Downtown L.A. has become the most vibrant area of Los Angeles, and we look forward to helping accelerate its growth and adding to its renewed vitality,” Thomas Feng, CEO of Tohigh Construction Investment, Oceanwide’s local subsidiary, wrote in an email.

Fig Central’s towers will have 504 condominiums and 183 hotel rooms. Most of the property’s amenities, including a pool and a park, will sit on a deck on top of the podium overlooking Figueroa Street. A 30,000-square-foot ribbon of LED signage will wind around the podium and illuminate the street below.

“This site deserves landmark architecture and we’ve been advised that it’s the prime residential site in Downtown,” said Mark Nay, senior associate vice president at RTKL and the project manager on Fig Central. “We want this to become a signature address and something everyone visiting L.A. wants to see.”

Mayor Eric Garcetti and 14th District City Councilman José Huizar are among those scheduled to attend the groundbreaking this week.

A key component of the project is the retail space, with stores spread across two floors. No tenants have yet been announced.

RTKL, which designed L.A. Live, is intent on creating an extension of the pedestrian experience. Nay said the firm and the developer don’t want a traditional “mall.”

“It captures the activity of Staples and the Convention Center and L.A. Live. If you have to open a door, it’s not the same feel,” he said. “We’re making it very tall so that breezes are able to move through this space.”

It has been a long and winding road for Fig Central. Anschutz Entertainment Group owned the site but sold it to the Moinian Group in 2006 for $80 million. The developer revealed plans for a $700 million project dubbed L.A. Central, which transitioned into Fig Central. However, the recession and other factors prevented the plan from moving forward. The site long functioned as a parking lot, and for a time AEG and Moinian were engaged in litigation over the property.

The big investment from a major Chinese company is not surprising to Eric Sussman, a real estate expert and lecturer at UCLA’s Ziman Center for Real Estate. Increasing government regulations and slowing economic growth has inspired many Chinese investors to take their capital abroad, he said, particularly to the West Coast of the United States and Canada. Making a splash with a landmark development in Downtown makes long-term sense, he added.

“The Chinese are not going to do suburban projects, so you’re going to see activity in central business districts,” Sussman said. “They’re looking for safe havens for their investment and that’s in major urban hubs.”

That’s also true of Greenland’s Metropolis, designed by architecture firm Gensler, which will ultimately include 1,500 condos. The project will create an 18-story hotel and 38-story condo tower in its first phase, slated to finish at the end of 2016. A second phase with 40- and 56-story condo towers broke ground in December.

While Oceanwide is new to Los Angeles, some Downtown stakeholders have praised the company for its flexibility and willingness to alter plans. One of the most important changes was the street-level activation of all sides of the development, said Simon Ha, an architect and chairman of the Downtown Los Angeles Neighborhood Council’s Planning and Land Use Committee.

In previous plans, a massive loading dock was to be built along the Flower Street side of the project. RTKL and Oceanwide retooled the design to bury the loading area underground and add retail uses, as well as the residential lobby entrance, along the corridor.

“There’s going to be development pressure along the Flower corridor once Figueroa gets built out, so we care that there’s an attractive transition from L.A. Live into the neighborhood to the east,” Ha said.

Jessica Lall, executive director of the South Park Business Improvement District, also is pleased with the change. She said Oceanwide representatives impressed her with their commitment to meeting with local stakeholders.

Lall hopes to see more transit opportunities around Fig Central, but one lingering issue is the Metropolitan Transportation Authority’s Pico/Flower Street station, which could see an increase in traffic once the project is completed. The narrow station would have seen $10 million in improvements from AEG as part of a deal for its Farmers Field football stadium, but that plan was scuttled last week.

“I hope personally that the activity draws attention to the need for the city and Metro to figure out how to develop and expand that stop,” Lall said. “It’s not equipped to serve these types of projects. It’s not large enough.”

Those concerns will arise again in the future. For now, the biggest issue in the area is how quickly construction cranes and growling diggers can bring Fig Central to life.

Correction:  A previous version of this article said that the second phase of Greenland's Metropolis development had not broken ground. Phase two broke ground in December.