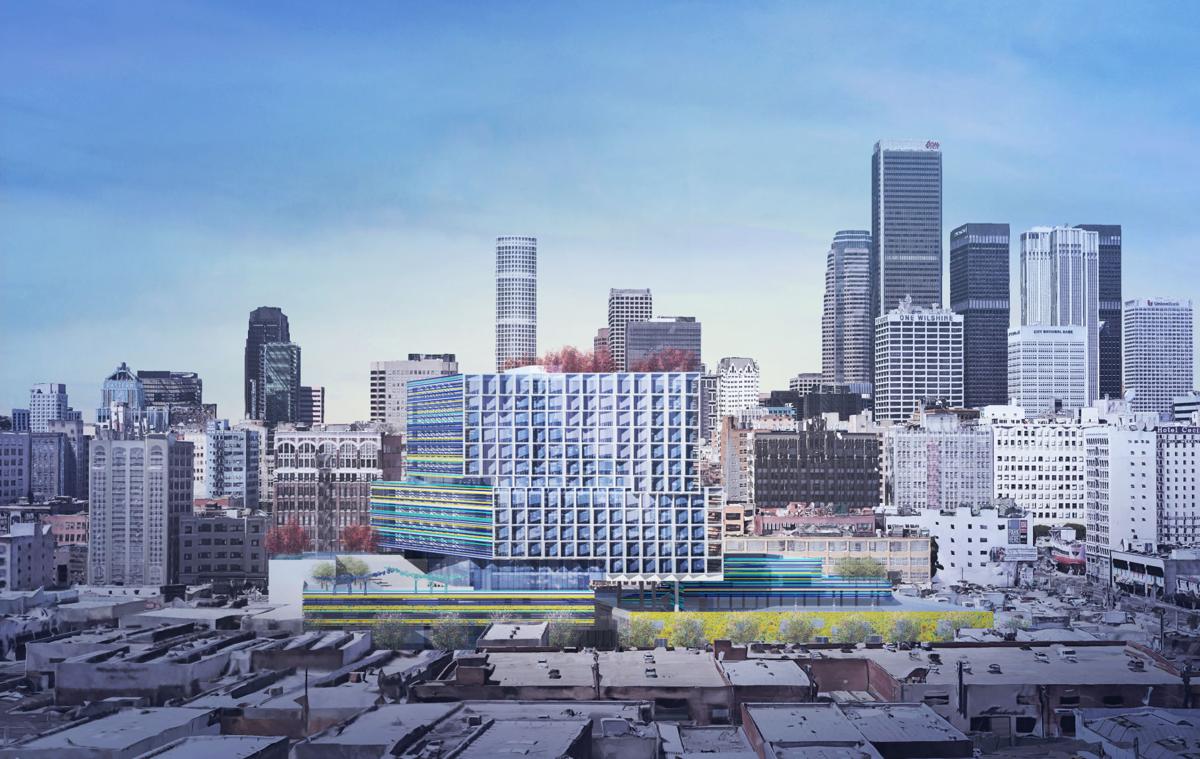 Plans are being unveiled to modernize the Southern California Flower Market at 755 Wall St. One building on the site would be upgraded, while a second would be torn down and replaced by a 14-story residential building with 290 apartments. 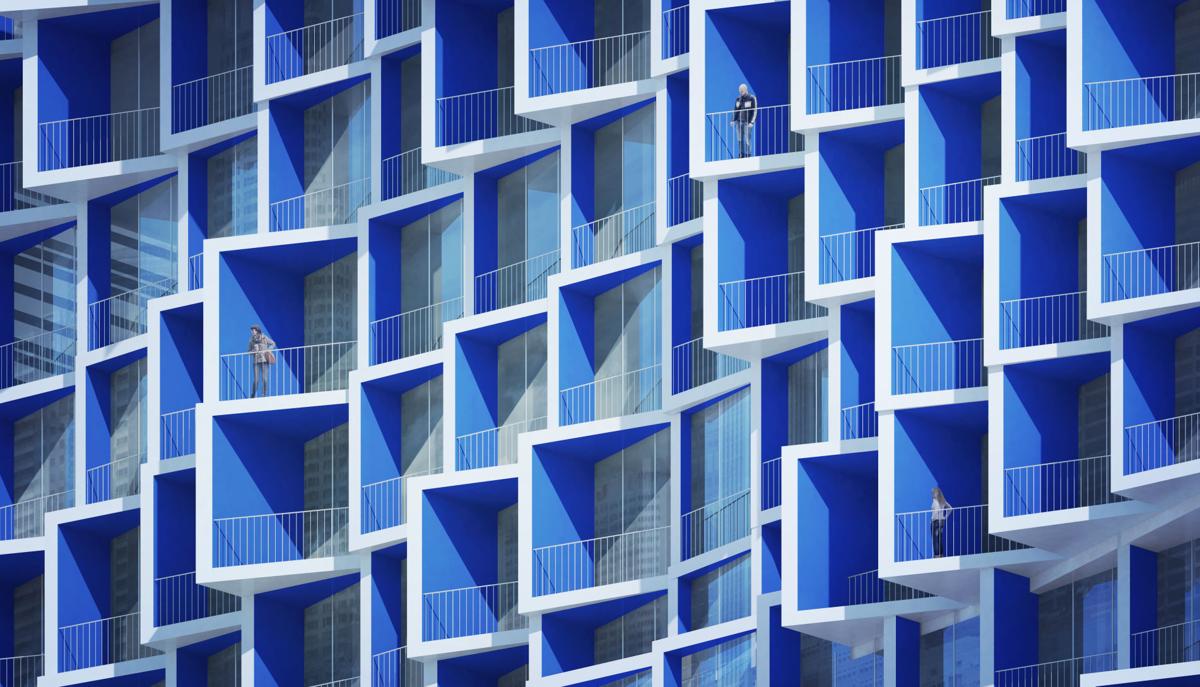 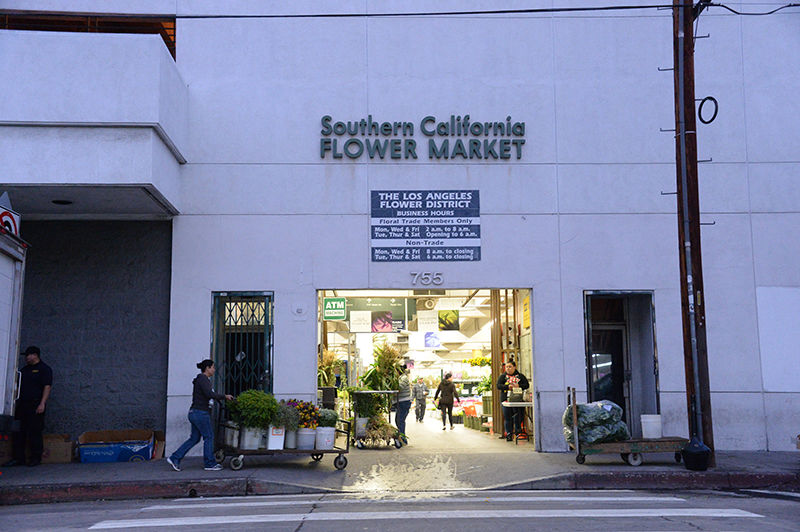 The Southern California Flower Market has been at its current location for almost 100 years. The facilities are in need of constant maintenance. 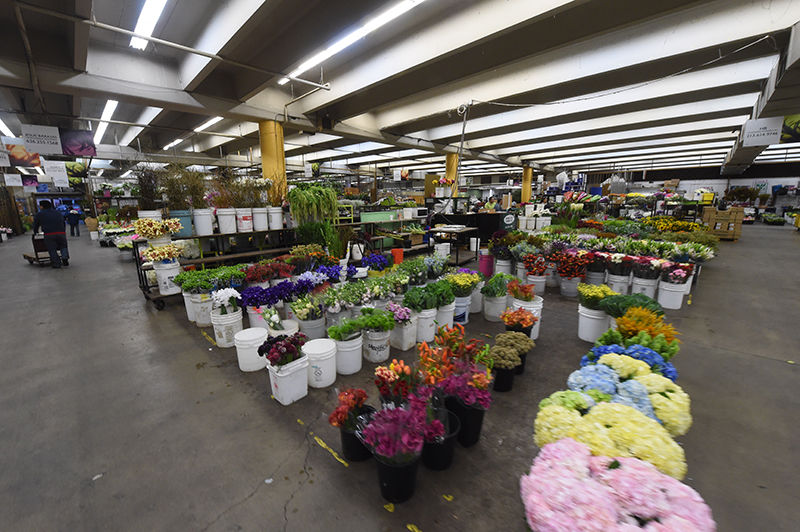 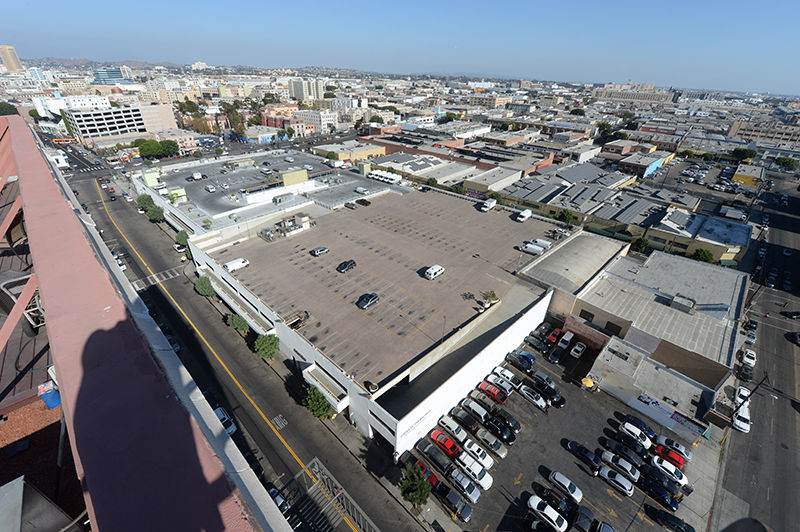 The Southern California Flower Market at 755 Wall St. is currently pursuing a plan that would add 290 rental units in a residential tower to the site, along with office space and renovated infrastructure for the market.

DTLA—Plans will be unveiled today for a massive transformation of the 107-year-old Southern California Flower Market. If all goes as intended, the floral business center at 755 Wall St. would be reconfigured, with one of its two structures razed and replaced by a 14-story tower, and the other upgraded.

The new project would have dozens of vendors selling their wares on the ground floor of the low-rise building, with office space and parking above it. The housing would be in the neighboring structure.

Scott Yamabe, the market’s executive vice president, said the project would allow the industry to remain anchored in Downtown Los Angeles. However, the development would require some zoning changes, and Yamabe said that if approvals cannot be secured from the city, then the owners would have to look at moving the facility out of Los Angeles.

The Southern California Flower Market is owned by what Yamabe termed a “shareholder collective,” with dozens of families having a small stake in the business. Many of the shareholders are descended from the vendors who founded the market more than a century ago.

The complex currently operates in a pair of two-story buildings on a 3.8-acre site (a similarly named but unaffiliated business, the Los Angeles Flower Market, is across the street). Approximately 50 vendors have booths that sell flowers, plants, tools and accessories mainly to florists, landscapers and other businesses. Most of the activity happens in the early morning hours.

The ownership group has tapped Los Angeles architecture firm Brooks + Scarpa to design the project. Plans call for renovating one of the buildings. The other would be torn down and replaced by the 14-story tower with 290 rental units (prices have not yet been determined). The project will include a low-income housing component, though the number of subsidized apartments has not been determined.

Yamabe said the goal is to break ground in about two years.

Yamabe said the apartments would have a loft-style design with open floor plans. Initial renderings show a building with balconies on a majority of units and glass edges and exteriors. Some portions of the structure would be painted bright blue, yellow and green.

Brooks + Scarpa partner Angela Brooks said that plans call for parking in the renovated structure, with the number of stalls still to be determined. On top of the parking would be another level that would feature amenities for project residents. There would also be a shade canopy lined with solar panels. The building would be covered in flower-themed murals.

“It's the idea of using the flower,” Brooks said. “It's going to be very modern in its design, but we’re trying to honor the Flower Market through the art.”

The renovated building would hold vendor booths on the ground floor and 50,000-60,000 square feet of office space above it. The entire project would create pedestrian paseos that are open to the public.

Fourteenth District City Councilman José Huizar is supporting the project. Last week he filed a motion urging approval of the zoning changes Yamabe and other project participants seek. The matter was scheduled for discussion at the Council’s Planning and Land Use Management Committee meeting on Tuesday, but the meeting was canceled.

“It is worth noting that the owners of the Flower Market have envisioned a project that will preserve and retain the historic Flower Market, create approximately 500 new, permanent jobs, and provide community benefits including affordable housing,” Huizar said in the motion.

The market was founded in 1909 by Japanese-American flower growers, and harkens back to a time when the city had a significant agricultural component. The collective aspect allowed the Japanese American business owners to band together and have a stronger voice, and to help survive challenges such as those that occurred during World War II, when tens of thousands of Japanese Americans were placed in internment camps after the bombing of Pearl Harbor. Originally located at 421 S. Los Angeles St., the market moved to its Wall Street location in 1923.

The market’s longevity has meant some aging facilities. The buildings are in need of “constant repair,” according to Yamabe. Failing infrastructure and the changing nature of Downtown are contributing to growing costs.

“I know there’s more efficient equipment out there with lighting and refrigeration technology, which would help with savings,” Yamabe said.

Yamabe noted that 20 years ago this kind of project would not have made sense. Now, however, nearby investment makes a mixed-use development with a residential component feasible. Several housing projects have opened in the nearby Fashion District in recent years. Last month, developers the Realm Group and Urban Offerings filed plans with the city for a 33-story residential tower at Seventh Street and Maple Avenue, across the street from the Southern California Flower Market.

Key to the project is getting approval to change the zoning, including a number of variances. Huizar’s backing and his recent motion could help streamline the process.

"The project proposal will provide an infusion of activity to the Flower Market. It is a Los Angeles treasure and we should do what we can to preserve it at its current location," Huizar said in a prepared statement to Los Angeles Downtown News. "The proposal will also provide much-needed housing and additional public amenities that are essential to revitalizing the local community."

Yamabe said that building owners want to stay in Downtown Los Angeles, but if the project is not approved, they will have to look at moving to another location and selling the land, which would lead to an uncertain future. Yamabe said a specific location or exit plan has not been determined.

The goal, he stressed, is to stay in the current location, with the housing and office space providing the economic engine that allows the market to survive there well into the future.