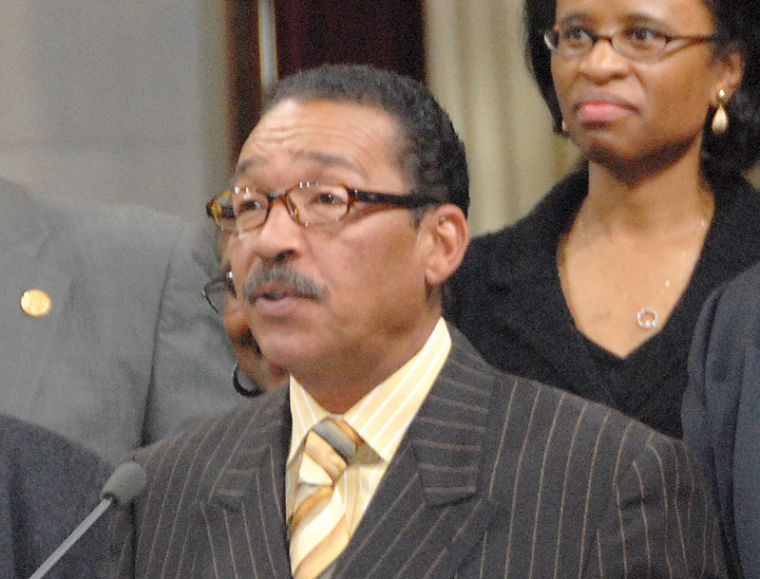 City Council president Herb Wesson has a different approach from his predecessor in the post, Eric Garcetti. 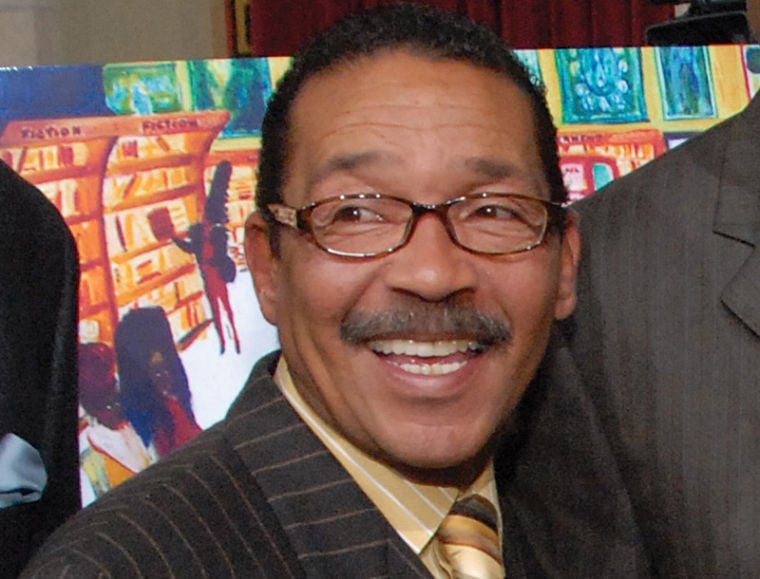 He is Wesson, hear him roar.

City Council president Herb Wesson has a different approach from his predecessor in the post, Eric Garcetti.

He is Wesson, hear him roar.

DOWNTOWN LOS ANGELES - Many wondered how Herb Wesson would operate as president of the Los Angeles City Council. Now we know. A year after taking the post from the even-tempered and consensus-seeking Eric Garcetti, Wesson has emerged as a combination of Niccolo Machiavelli and early Spanish Inquisition bigwig Tomas de Torquemada, with a splash of Lady Gaga hey-look-at-me! flair.

It started right off the bat, when, following his election to the presidential post, Wesson told his colleagues, “It’s not about me, it’s about we.” Then last spring, during the city redistricting process, he abruptly removed council reps Jan Perry and Bernard Parks from the “we” party, ripping apart their territories, presumably because they did not back his council ascent. He followed it up in November when Richard Riordan testified before council on the city’s spiraling pension costs and a proposed sales tax hike. Although former mayors are often given some deference in council chambers, Wesson chose to dress down the 82-year-old, responding to his comments by snapping, “Why didn’t you fix it when you were mayor?” When Riordan tried to protest, Wesson hit him with, “No, there’s no back and forth. I get the last word,” and closed things out by proclaiming, “This is our house.”

All this made me wonder: Is this the real Herb Wesson, or is he just showing a fierce face in public, knowing that displaying weakness can erode a power base? To find out, I planted a mini-camera on his golden tipped walking/hitting stick and used it to spy on him as he prepared for a recent evening out. Or I completely made up the below. I’m not sure which.

Setting: Wesson Manor, 7:28 p.m. Wesson is being helped into his evening attire by a top aide. As the bowtie is tightened Wesson takes the walking/hitting stick and stands before the mirror. He grins.

Wesson: How do I look, lackey?

Wesson, anger creeping into his voice: Excuse me?

Aide: Beg pardon. Like you were born to lead Los Angeles, all mighty sir who walks on water and makes the blind see.

Wesson: Much better. Who shall be fortunate enough to dine in my presence this evening?

Aide: Three council members, two Sacramento politicians running for City Council who will beg for your support, and one reporter.

Wesson: Have the reporter killed.

Wesson: OK, put out a press release describing how I gave CPR to a dolphin who swam into my 10th District. The reporter can cover that story.

Aide: There’s no ocean in your district, sir.

Wesson: Why didn’t you put an ocean in my district when you had a chance? Don’t speak! Just issue the press release.

Aide: Very good, he who is doubly blessed because he has the Wesson name.

Aide: I have a name sir.

Aide: I know that sir.

Wesson, shouting: This is my house!

Aide: And the finest house in the 10th district it is, sir.

Wesson: That’s right. Call the taxi. Tell the driver to turn the on-board TV to cartoons. I love that “Tom and Jerry.”

Wesson: There’s no back and forth! Call the cab!

Setting: Wesson is in the taxicab hurtling to the fancy pants restaurant in Downtown Los Angeles. His legs are stretched across the entire back seat. His aide is scrunched into the well on the floor behind the driver. The aide unshells edamame and hands them one at a time to the boss. Wesson addresses the driver.

Driver: I’ve never met you before tonight. You seem like a decent guy, but I wish you’d take your feet off my seat.

Wesson: This is about we, not me. You’re lucky my feet are on the seat.

Driver: I don’t think the next person in the cab would appreciate it.

Wesson: Did I appreciate it when two council members didn’t show up on the day I was voted president? No, but I get the last word. I am Wesson, hear me roar!

The aide pipes up meekly from the floor of the cab: Sir, he’s just the driver. Please, make amends. We don’t want this getting into the media.

Wesson: I thought we had the media killed.

Aide: Not all of them, sir. Please, smooth things over.

Wesson, after a moment: Lackey driver!

Driver: The name’s Jack, but “driver” will do.

Wesson: I don’t care. [pause] Do you like politics?

Driver: I don’t follow it much. I work too many hours.

Wesson: Have you ever been arrested?

Driver: Couple times when I was a kid. I got caught with pot and did a hit and run once. One or three drunk and disorderlies. Arrested twice for driving without a license. Maybe an armed robbery too. I got busted last year for running over the foot of a lady who got out of my cab. I think her name was Jan Perry. Nothing serious though.

Driver: Yeah, I guess I did.

Wesson, smiling broadly: Would you like to be on the City Ethics Commission? We have an opening and you’re the right guy.

Driver: I’ve never done that before. I don’t think—

Wesson: It doesn’t matter what you think. This is my house!

Wesson: It’s my house! Driver, the lackey will get your information and you’ll join the panel next month.

Driver: Sure, why not.

Silence for a moment. Wesson, appearing bored, looks down at the aide on the floor.

Wesson: I used to be Speaker of the Assembly, you know.

Aide: And the finest speaker you were in the history of the great state of California, sir.

Wesson: I once removed a man’s spleen with a plastic spoon and dental floss. He lived for 30 years.

Aide: I was unaware, sir.

Wesson is silent. The cab rides on into the night.

Setting: Wesson sits on a throne in a private room of the fancy pants restaurant. A bejeweled goblet is in front of him and his aide stands behind him holding the walking/hitting stick. The other place settings have Dixie Cups. The other seats are made of hard orange plastic and are nine inches tall.

The maître d’ opens the door to the private room and ushers in the guests. The three council members and two Sacramento lawmakers running for office bow deeply. One speaks.

First Council Rep: Herb! How are—

Wesson: Do you forget how to address your president?

Wesson: Did I just hear you ask to be removed from the important Planning Committee and put on the wimpy Education & Neighborhoods Committee?

First Council Rep: Must we go through this? Really?

Wesson nods and gestures toward the orange plastic seats. All five guests look uncomfortable, but each squeezes into a tiny chair. They force smiles to their faces and begin to sing.

Wesson: Better. I get the last word. Now how can I help you? Remember, it’s about we, not me.

Second Council Rep: We all have elections coming up. We’d like your support, knowing your influence with the labor and business communities. I can assure you that we will continue to back you as council president.

Wesson: Did I tell you it’s about we, not me?

Second Council Rep: Yes, you did, and we agree wholeheartedly.

Wesson: Good, did you bring “we” a present?

First State Lawmaker: Of course sir. We have frankincense, gold and a Richard Riordan piñata. It’s hanging there in the corner.

Wesson stands, takes the walking/hitting stick from the aide, and approaches the piñata that eerily resembles the former mayor. He lifts it as if to swing, but stops and speaks first.

Wesson: You have my blessing. I shall marshal my resources for your campaigns. But I get to hit the piñata first.

Without waiting for an answer he swings and smacks the Riordan piñata hard in the middle. A loud “Ouch!” is heard. Wesson looks surprised, then gives his biggest grin of the night.

Second State Lawmaker: We thought we’d put a little something extra inside, knowing everything you’ve done for this city.

Wesson: Well done! You really are beginning to learn how the game is played. Here, everyone pick up a stick.

They all take sticks from the aide. Wesson swings again, the “Ouch!” is heard once more, and he motions for everyone to hit the piñata. As they all swing, Wesson shouts.

Wesson: Keep hitting, everyone! It’s about we, not me!