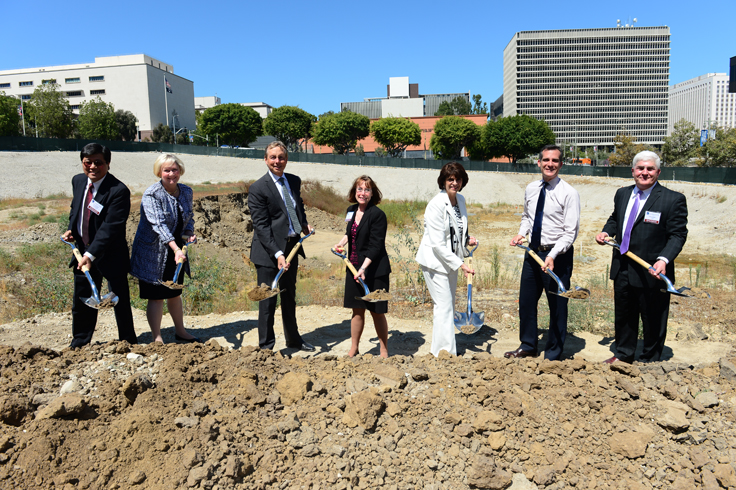 Officials including Mayor Eric Garcetti (second from right) and Congresswoman Lucille Roybal-Allard (third from right) gathered Thursday to mark the start of construction for the new federal courthouse. 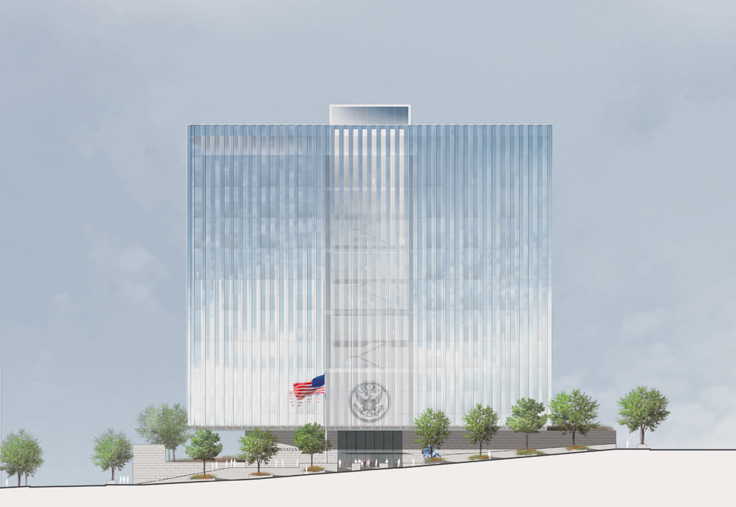 Officials including Mayor Eric Garcetti (second from right) and Congresswoman Lucille Roybal-Allard (third from right) gathered Thursday to mark the start of construction for the new federal courthouse.

DOWNTOWN LOS ANGELES — Their phrases differed, but all the speakers at today’s groundbreaking ceremony for Downtown’s United States Courthouse reiterated the same theme: It’s about time.

After more than a decade of disappointments and setbacks, excavation will begin in the coming days on the $400 million federal courthouse that will fill the 3.6-acre site at the southwest corner of First Street and Broadway.

“It’s been a long and hard-fought battle,” said Congresswoman Lucille Roybal-Allard, a leading figure in getting the project going, at the 2 p.m. ceremony for the approximately 600,000-square-foot courthouse. Designed by Skidmore, Owings & Merrill Architects, the facility will include 24 courtrooms and 32 judges’ chambers. It will also house district judges, jury assembly facilities, offices for the U.S. Marshals and other services.

U.S. District Court operations are currently split between the Spring Street Courthouse, built in 1938, and the Roybal Federal Building, erected in 1992. The older edifice has long been deemed seismically unsafe and is ill-equipped to handle the government’s burgeoning case load, Roybal-Allard said. The new building will be sustainable, offering green spaces, and will also be secure.

Mayor Eric Garcetti ticked off a litany of changes to the city since the Spring Street Courthouse was built 75 years ago, including the number of structures that now tower over City Hall, and the effort to make the Los Angeles River an accessible recreation zone

“For all of us, we see this moment as a real maturation of what has become a reimagined Downtown,” he said, calling the Civic Center “hallowed ground” that features a symphony of aesthetically pleasing architecture.

Plans for the courthouse date to 2001, when $400 million was approved by Congress for a 41-room facility. That effort stalled in 2006 after costs had tripled due to delays and changes in design.

In January, 2012 the project resurfaced when Roybal-Allard announced that a new courthouse, downsized by 431,300 square feet from the previous proposal, was in the works.

Completion is expected in by 2016.