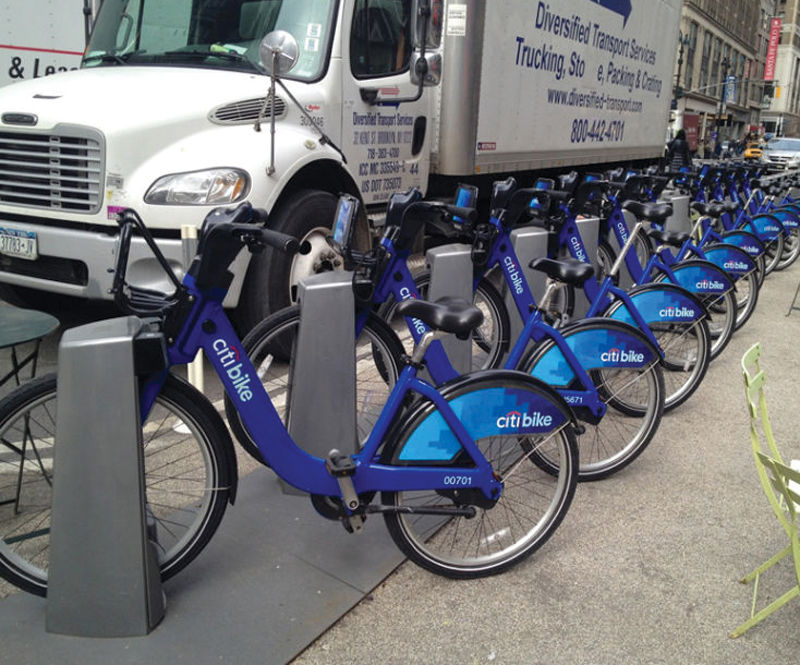 One of the Citi Bike stations in New York City, where people can rent two-wheelers for a short period. 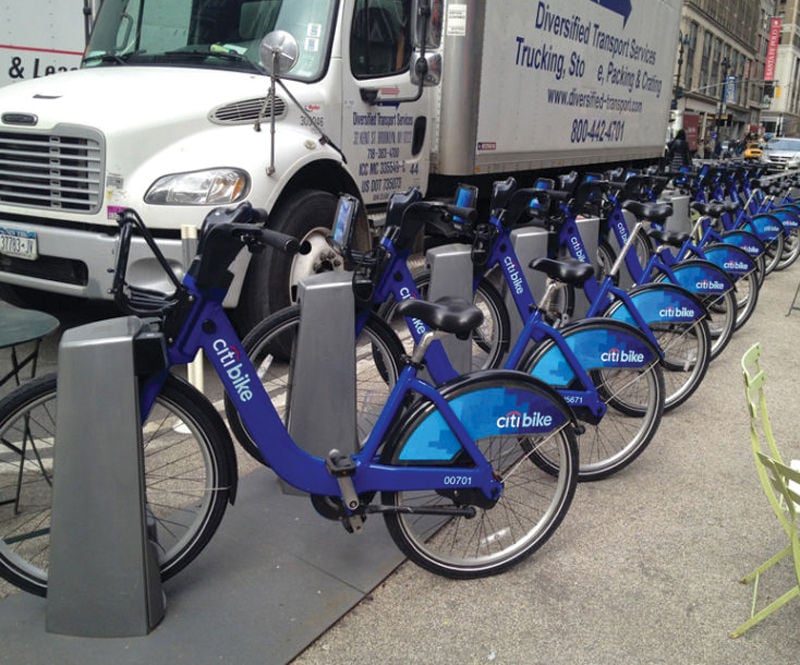 One of the Citi Bike stations in New York City, where people can rent two-wheelers for a short period.

DOWNTOWN LOS ANGELES - In April 2013, the City of Los Angeles approved a permitting process that would allow a company from Irvine to install and operate a citywide bike-sharing system, with up to 400 rental stations across Los Angeles and 125 in Downtown. The plan, however, soon fell apart.

Now, bike sharing may be back on track on a larger basis, albeit with a slow, measured rollout. The Metropolitan Transportation Authority last year began soliciting bids for a vendor to run a countywide bike sharing program. Responses were collected in late January. Metro is expected to award a bike share contract in June, with implementation of a two-year Downtown pilot program in the spring and summer of 2016.

The pilot program would feature 65 stations, with a total of 1,000 bicycles, placed throughout Downtown. Initial plans call for stations in the Civic Center, at the Music Center, and at multiple locations in the Financial District, the Historic Core, Little Tokyo and the Arts District. Bike stations would also come to the Figueroa Corridor and around the University of Southern California.

The plan, however, has limitations. The initial proposal would not put bike stations in Skid Row, the Fashion District, Chinatown and City West, according to the Metro bid solicitation, also known as a request for proposal, or RFP.

If successful, the pilot program could be expanded to nearby cities such as Pasadena and West Hollywood. Ultimately, Metro said the system could grow to more than 250 stations and 3,800 bicycles.

At this point, the two-year Downtown pilot program is fully funded; last July, Metro allocated $3.8 million through its ExpressLanes toll system to be used for bike sharing in Downtown.

The funding picture for a full regional bike share program, however, remains unclear.

The overall system requires that host cities split costs 50-50 with Metro, according to the RFP. That could prove a challenge for other municipalities and slow its expansion.