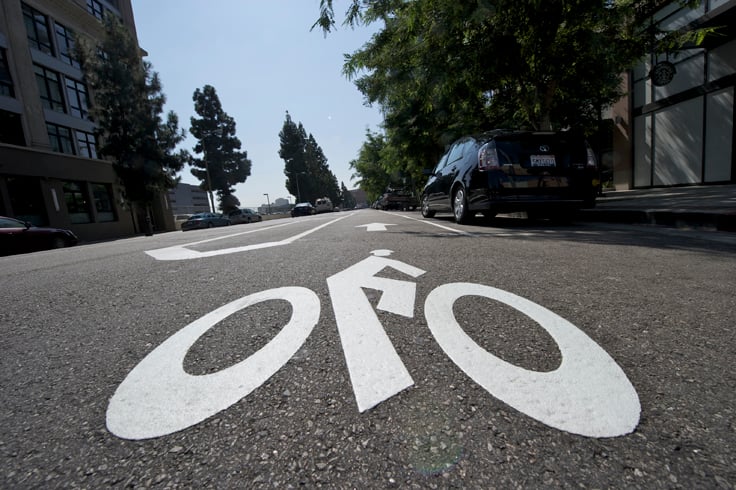 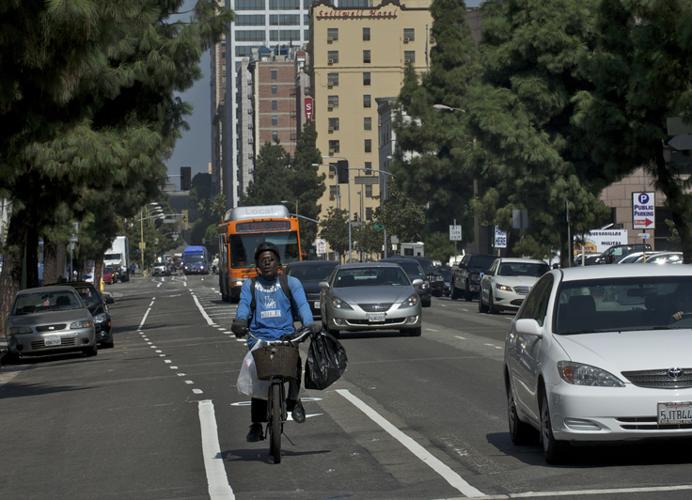 DOWNTOWN LOS ANGELES - It’s getting better and easier to be a cyclist in Downtown.

The 1.2-mile lanes stretch from Seventh Street to Washington Boulevard, connecting key points such as California Hospital Medical Center, the Fashion Institute of Design and Merchandising and the Jewelry District.

Like the lanes created earlier this year on Spring and Main streets, the ones on Grand Avenue and Olive Street are separated from traffic by a painted buffer zone. Curb-adjacent parking lanes remain.

The DOT expands on the two-wheeled momentum with a Bicycle Plan Implementation Team meeting from 1-4 p.m. on Tuesday, Oct. 2. The session will include the city’s plans for bike infrastructure, including proposed Seventh Street lanes in both directions through Downtown. The meeting is at Caltrans, at 100 S. Main St.