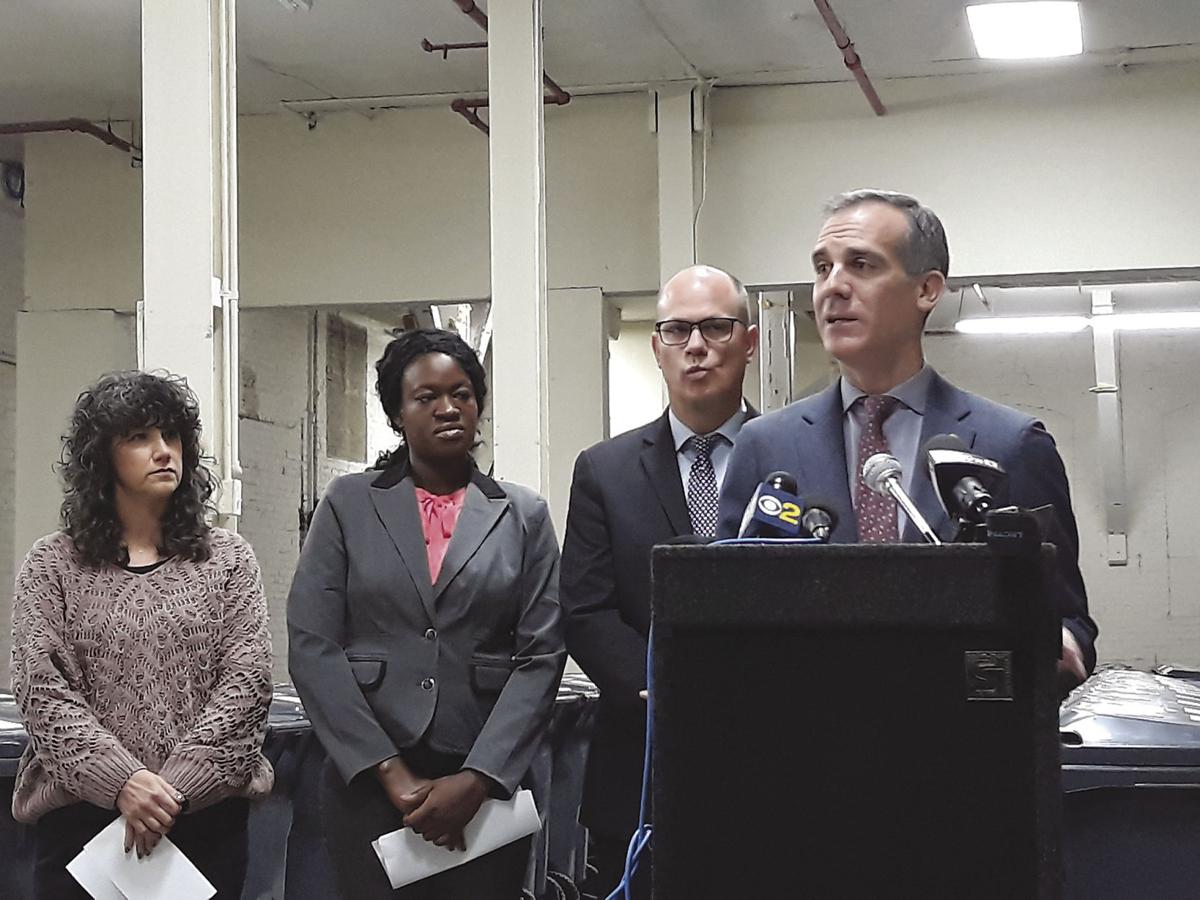 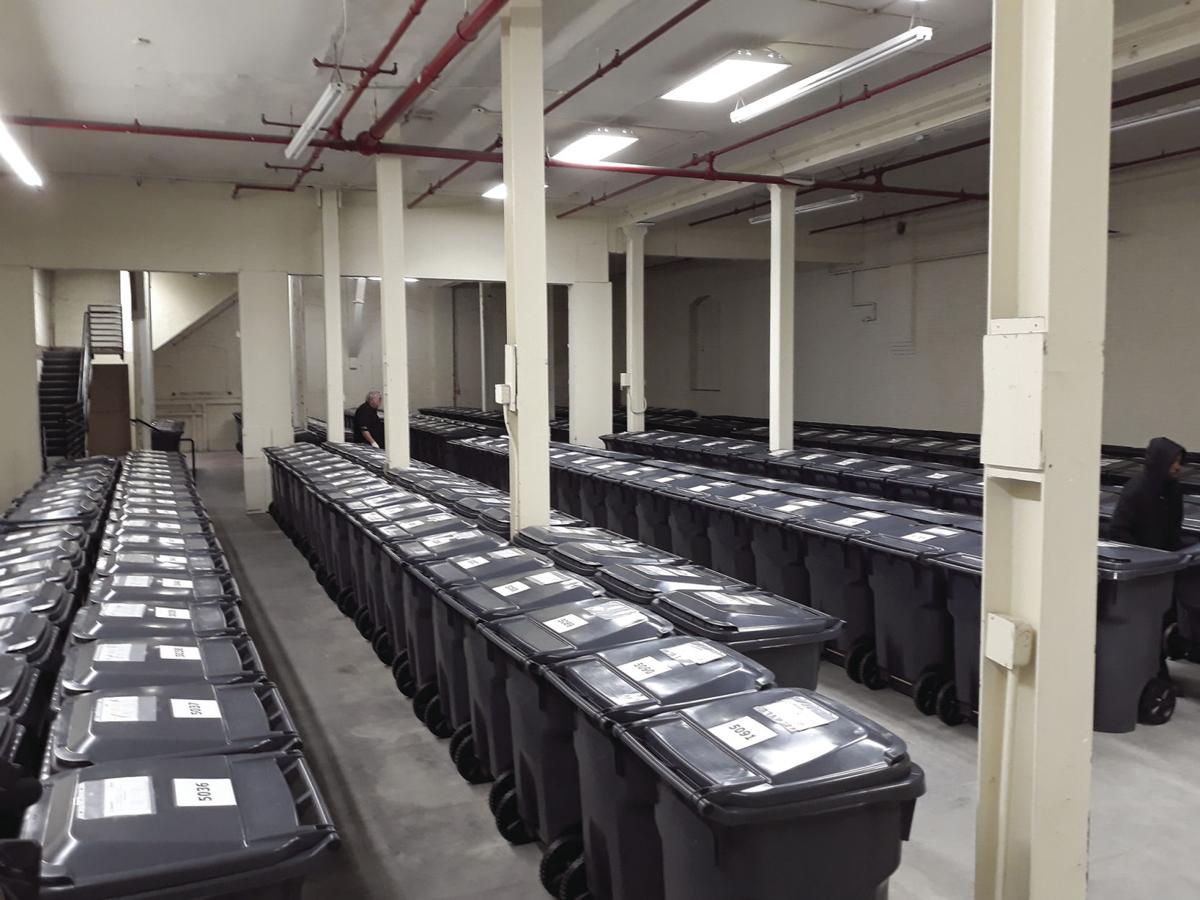 As the homeless crisis continues to mold into new shapes, one of the constant points of consternation for not just people experiencing homelessness, but for city officials and residents, is the question of what to do with the possessions of homeless individuals.

It’s a controversial issue that the city has long sought to rein in. Confiscation of items found near homeless encampments was the norm for decades, but in recent years federal courts have stepped in, ruling against such actions.

In 2015, the City of Los Angeles opened The Bin at 507 Towne Ave. Located in a nondescript part of Skid Row, the facility provides nearly 1,500 storage bins, free of charge, for homeless individuals to drop off anything from personal documents, to work items and clothing.

It was a success and has been painted at least as a partial solution to the question of what to do with the possessions of homeless individuals during encampment cleanups and sweeps.

Last week, the City of Los Angeles opened its second such storage facility at 540 S. San Pedro St. in Skid Row, adding an additional 1,100 storage bins to Skid Row and the surrounding areas.

Mayor Eric Garcetti, flanked by staff from Chrysalis, the Los Angeles-based nonprofit that operates the facility, along with Art Share LA and Council District 14, said that facilities like the new Bin location help reduce some of the barriers individuals experience as they are trying to climb out of homelessness, provide a stepping stone toward getting individuals off the street and into permanent housing.

“This is a human need,” Garcetti said. “For all of us, we might have a public storage unit. We might have our garages, we might have an attic that we can use. Living on the streets, or the cars or a shelter, you don’t have that luxury.”

This new storage facility is set up in a similar way to the Towne Avenue location. People who want to use the location’s storage facilities must first register, before being assigned a bin and a bin card.Those items that homeless people bring into the facility are then stored in one of the many donated 60-gallon bins. The bins are no different from the City of Los Angeles’ recycling bins. The bins can be used to store anything — excluding illegal material, drugs and firearms.

Despite being open just under a week as of press time, representatives for Chrysalis said that more than 300 bins have already been earmarked for use.

The motion directed $1.6 million toward the creation of the new Bin location.

“This expanded storage option means that a person that is homeless can place their personal belongings, their very valuable items, have them secured, which allows them to go out into the workforce to get a job, to seek services and not have to wonder where their id is at or any of their personal belongings,” Joella Hopkins, CD14’s Downtown director said during the event. “With the stressful nature of the situation they are already in, this is one less stress.”

Huizar, who did not attend the morning event, offered a similar statement hours after the event.

“Safe storage means that what needs to be done can be done -- looking for a job, attending training and education, receiving services, or seeking shelter -- all of these things are far easier when indviduals don’t have to carry their possessions with them everywhere they go,” Huizar’s statement read.

According to officials, 25 Chrysalis clients are currently employed at The Bin. That’s important, Jill Smith, senior operations manager at Chrysalis said. Having individuals who have experience with homelessness, helps spark a trust between workers and customers. Some of the workers are currently Bin customers.

“We pride ourselves on providing great customer service,” Smith said. “ Most of our staff have lived experiences being unhoused and understand the impact of having a safe place to store and access their belongings.”

The facility is no frills. The front entrance, where individuals can register and request access to their bins, leads into the larger storage space where the grey bins are lined up in rows of two. The interior keeps the warehouse look, with little in the way of art or ornaments in the interior of the building.

During the conference however, it was announced that a mural will be erected on one of the exterior walls of the building that houses the social services organization LAMP next door. Local artist Showz Art, a current resident of Skid Row, is responsible for the mural, which depicts a man in motion, running from his past, into a new vibrant future.

According to Cheyanne Sauter, executive director at Art Share LA, the mural will start going up in four-six weeks.