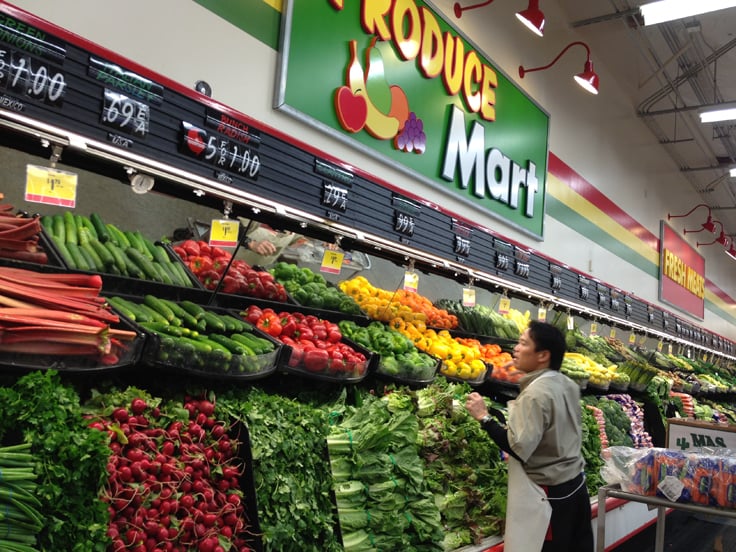 At Smart and Final Extra in Lincoln Heights, an employee stocks the fresh produce section. 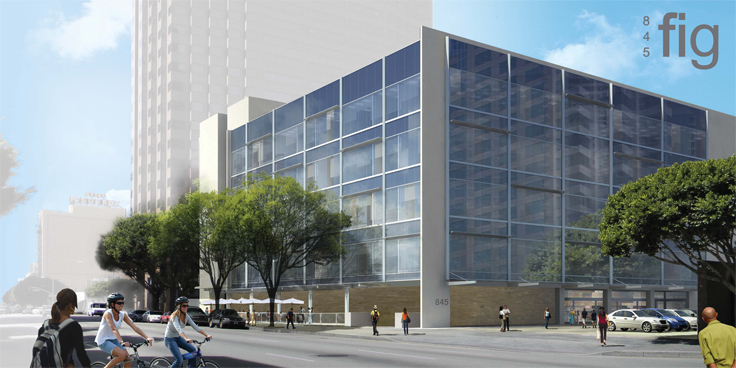 Smart & Final Extra has signed a lease for a 25,000-square-foot space at 845 S. Figueroa St., an office building undergoing a $20 million renovation. 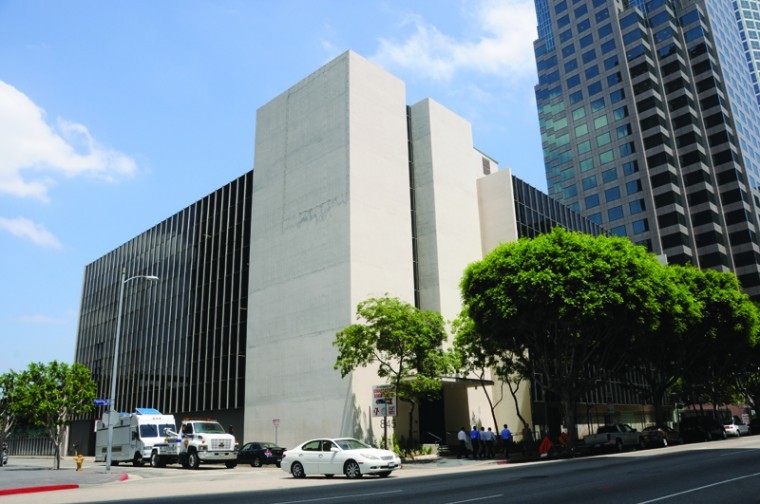 At Smart and Final Extra in Lincoln Heights, an employee stocks the fresh produce section.

Smart & Final Extra has signed a lease for a 25,000-square-foot space at 845 S. Figueroa St., an office building undergoing a $20 million renovation.

The company plans to open its Smart & Final Extra concept, a larger version of its traditional store that includes fresh foods, in a 25,000-square-foot space. The store will be on the ground floor of a South Park office building now undergoing a $20 million renovation.

The deal was finalized on Wednesday, said Gilad Lumer, a partner with property owner L&R Group, which has been working on the deal for more than a year.

“There’s obviously a huge demand from all of the offices Downtown for supplies for their office needs, and then as far as the residential population, I personally believe that an alternative to existing grocery stores is needed both from a selection point of view and a price point of view,” Lumer said.

Lumer said Smart & Final plans to start construction near the end of the year and open during the first quarter of 2013. It will include a deli and an outdoor patio that will front Figueroa Street, he said.

The company generally targets a dual customer base, said Smart & Final spokesman Randall Oliver: Business entities stocking up on office supplies — from bulk bottled water to paper towels — and household shoppers looking to fill the pantry for the week or host a big party on a budget.

“Wherever we go, we’re certainly looking for a place that offers that combination of businesses as well as residents, and I think everywhere people are looking for value these days,” Oliver said. “It seems like an excellent location.”

The Smart & Final agreement marks the third recent deal to bring value-oriented groceries to the Downtown area. Wal-Mart in February announced plans to open a 33,000-square-foot Wal-Mart Neighborhood Market, which includes a heavy concentration of groceries, at Grand and Cesar Chavez avenues in 2013.

Just a block from Smart & Final’s new space, Target is readying its store at the Figat7th shopping center for a fall opening. Although the nearly 100,000-square-foot business will have many signature Target items, officials have said it will have a large food selection.

Those stores will join Ralphs, the first large chain to debut in Downtown when it opened its upscale Fresh Fare store at Ninth and Flower streets in 2007. The area is also home to Woori Market, an Asian-focused supermarket in Little Tokyo, and Grand Central Market.

Oliver acknowledged that Smart & Final Extra and the neighboring Target will compete for some customers, but he also sought to draw differences between the two.

As Smart & Final expands the roster of affordable grocers, there are indicators that the growing Downtown residential population still pines for specialty markets like Trader Joe’s or Whole Foods.

In its 2011 Downtown Demographic Survey, which polled 4,347 Downtown residents, the Downtown Center Business Improvement District founds that 73.8% of respondents now shop at a Trader Joe’s (the company has long resisted entreaties to come Downtown). Seventy-six-percent shop at a Ralphs and 44.5% patronize Whole Foods. Eighteen percent of respondents said they shopped at traditional grocery chains other than Ralphs, among them Vons or Pavilions.

“We obviously would welcome other options like a Trader Joe’s and so forth that continue to rank high on our demographic survey, but I think Smart & Final will meet a lot of the needs and the desires of the Downtown community,” said Carol Schatz, president and CEO of the DCBID.

The Smart & Final is also expected to enliven a stagnant segment of Figueroa Street between the bustling L.A. Live area and the Figat7th mall. L&R is repositioning its long vacant building as a complex for creative office tenants. The project, which began last year, includes an overhaul of the property’s façade. The black opaque skin will be replaced with glass.

“I can see on a typical lunch that that patio out front will be occupied by people enjoying their lunches,” Lumer said. “Between that and all of the work we’re doing to that portion of the building, I think it will eliminate the black hole that was here for 20 years.”

Smart & Final operates some 250 grocery stores in the state and is considered the 57th largest grocer in the country, according to the trade publication Supermarket News. The closest Smart & Final Extra to Downtown is in Lincoln Heights at 2511 Daly St. A traditional Smart & Final shop is located at 2720 Beverly Blvd.