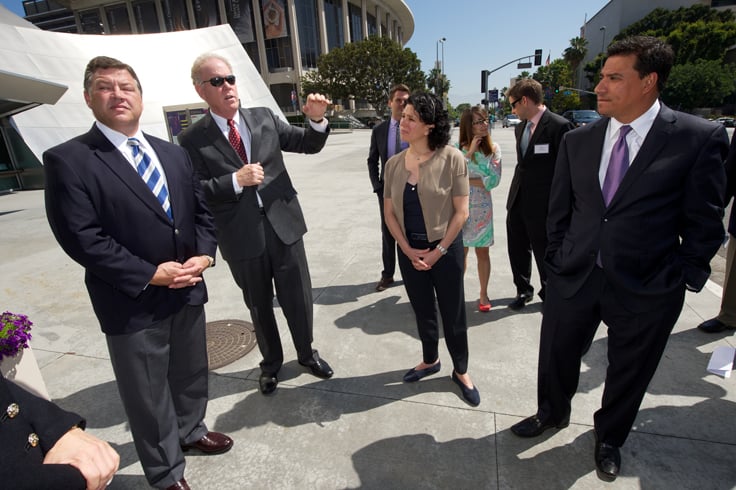 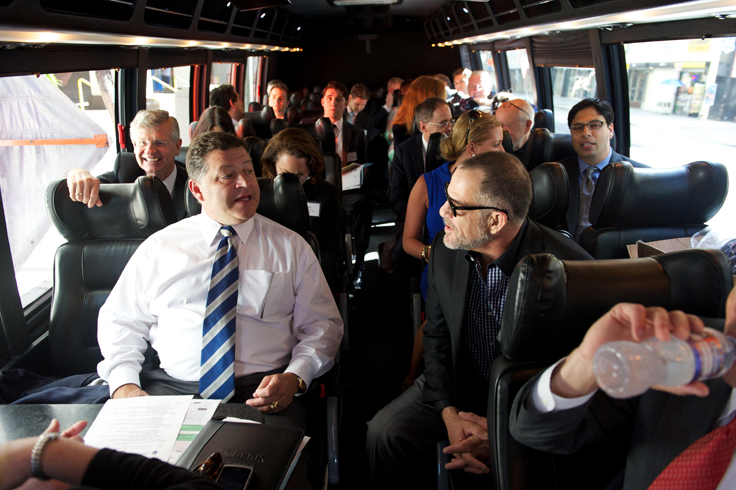 The May 29 event ferried Shuster, who is chairman of the House Transportation & Infrastructure Committee, along the proposed route of the project.

The tour included stops at L.A. Live, Walt Disney Concert Hall and the Orpheum Theatre, as well as talks with Downtown stakeholders.

The move is important because Huizar and officials with Los Angeles Streetcar Inc. hope to secure $52 million in federal funds to pay for the project (in December, Downtown residents approved a plan to tax area property up to $85 million for the circulator). Huizar hopes to secure the money through a single grant from the U.S. Department of Transportation’s Small Starts program, and has said an application will be filed this year. Shuster’s Transportation & Infrastructure Committee has oversight of the DOT.

The streetcar would connect L.A. Live and the Civic Center with a main spine on Broadway.