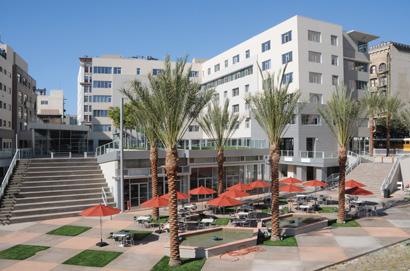 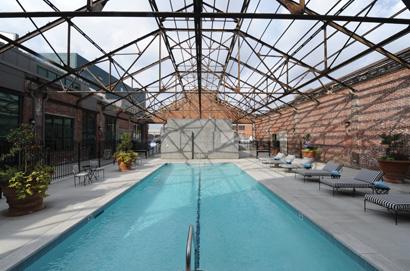 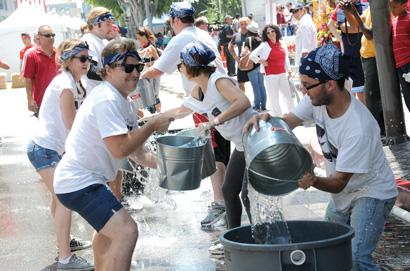 A scene from June’s Hope for Firefighters fundraiser, one of Downtown’s most popular and enduring community events. Photo by Gary Leonard. 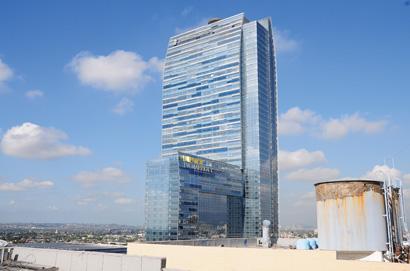 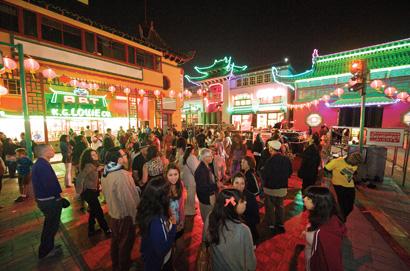 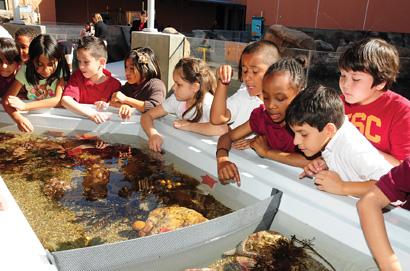 A scene from June’s Hope for Firefighters fundraiser, one of Downtown’s most popular and enduring community events. Photo by Gary Leonard.

DOWNTOWN LOS ANGELES - Progress comes in many forms. In 2010, there was a lot of progress, and a lot to celebrate, in Downtown Los Angeles.

This may seem a surprising assertion in a year dominated by the nation’s dull economy. Yet, while spending was down and lending markets were frozen, plenty of people did good, in many different ways, in the Central City.

In some cases progress came in the form of a new building, a glistening beacon that with its light and life represents the evolution of a neighborhood. In other instances, it was a restaurant, luring patrons to an otherwise forlorn block, especially at night or on weekends.

Other times it was something else, a legal maneuver designed to make a neighborhood safer, or a cultural program that reminds people of a community they once visited. In 2010, these and other signs of progress were witnessed all across Downtown, from the Arts District to Central City East to the Historic Core to South Park and beyond.

Los Angeles Downtown News is proud to celebrate 10 of these efforts in its 10th annual Downtowners of Distinction issue. In each case, the projects were selected for how they benefited their district, and in many cases gave a boost to all of Downtown or even the entire city.

Individual winners were selected by the editorial staff of Downtown News, and the awards will be handed out on Tuesday, Feb. 22 (awardees were not named in every Downtown district). Next week, the Project of the Year, chosen by leaders from each of the districts, will be announced.

Following, in alphabetical order by district, are this year’s Downtowners of Distinction winners.

When developer Howard Klein opened the $10 million Factory Place Arts Complex, he was mixing the new with the very old. The collection of 51 apartments at 1291-1333 E. Sixth St. activated an off-the-beaten track portion of the Arts District, and gave new life to a batch of buildings whose history dates to the early 20th century. Factory Place was one of the few housing projects to debut in the Arts District during 2010, and its open space and communal aspects provide a comfortable feel in a community still known more for creative life behind closed doors. The project provides a new opportunity in city living, and creates a new batch of patrons for area businesses and restaurants.

In April, City Attorney Carmen Trutanich announced the Central City Recovery Zone, a groundbreaking effort to crack down on drug dealers in Skid Row. In this new approach to a troubling and complicated issue, Trutanich sought to put into effect an injunction that would prevent known dealers from coming into the community, reasoning that people on the list — most of whom hail from outside Downtown — are preying on and exploiting addicts by selling crack, heroin and other drugs. The effort required months of prep work, but it paid off: In November, a judge approved the first part of the injunction. In fact, the widely praised move had an impact long before the judge’s OK: Shortly after Trutanich’s announcement, many of the dealers felt the heat and fled the area.

Chinatown stakeholders have long sought to raise the community’s profile and lure new customers and restaurant patrons. During August, they did just that. Every Saturday night for a month, the Summer Nights Program filled Central and West plazas with DJs, food trucks, art programs, cooking lessons and more. The streets were alive until midnight and crowds came, everyone from swing dancing couples to families pushing strollers. Though limited in terms of time, the effort, launched with the help of the Community Redevelopment Agency, reminded people of all that Chinatown has to offer, and laid the groundwork for visitors to return throughout the year.

The March opening of Ecosystems, an exhibit that is part of the California Science Center’s $165 million expansion, did exactly what it was supposed to do: It made science cool. But it had a greater effect: It injected new life into the Exposition Park museum. The institution’s 170,000-square-foot expansion is expected to boost attendance by about 25%. The upgrades are first class, with eight zones exploring different parts of the planet, including a 188,000-gallon aquarium that thrills kids. Bringing more field trips and families to the museum also increases attention on the other cultural resources in Exposition Park.

The housing complex University Gateway reaches a different kind of student — those in college. Developer Urban Partners opened the long-awaited project in August, providing 400 units and 1,600 beds to an area that is vastly underserved in terms of student housing. The $200 million development, which includes more than 80,000 square feet of retail space, instantly changed the northern entryway to USC. It also adds another anchor to the southern tip of the Figueroa Corridor, and increases the connectivity with the heart of Downtown. This project was complicated from the beginning, but Urban Partners never backed down, even when legal hurdles pushed construction back several years.

Stair Climb to the Top

Downtown’s concentration of businesses has long made the area a hub for philanthropy and community events. Three especially stand out by engaging the neighborhood and aiding worthy causes. Every September, the Ketchum Downtown YMCA stages the Stair Climb to the Top. It brings thousands of people to U.S. Bank Tower, where they try to climb the 1,500 steps in the tallest building west of the Mississippi. It’s exhausting (the slogan is “Elevators Are for Wimps”), but all that stepping pays off: The 2010 event, the 17th in the series, raised $340,000 for local youth and teen programs.

Also drawing crowds is June’s Hope for Firefighters, which raises money for the Los Angeles Firemen’s Relief Association’s Widows, Orphans and Disabled Firemen’s Fund. The gathering — 2010 marked the 13th installment — annually generates about $125,000. It does so in a fun way, as area businesses take part in traditional firefighter muster games — picture attorneys trying to handle a fire hose — while others among the crowd of 15,000 sample the chili, tri-tip and other culinary offerings prepared by participating fire houses.

Also paying heed to firefighters, and many others who take risks to help Angelenos, is the L.A. County Public Safety Officers Annual Appreciation Barbecue. The 11-year-old event organized by the Downtown Center Business Improvement District takes place in October and gives firefighters, LAPD and Sheriff’s Department employees (and other county public safety workers) something everyone wants: a free, hearty lunch. The rest of the population pays, with funds going to the Los Angeles Police Memorial Foundation, which supports families who experience financial difficulty due to death, injury or illness.

Many gasped a few years ago when developer Saeed Farkhondepour halted construction on the Medall­ion. Fortunately, that was only a blip, and in August Farkhondepour introduced the complex that has changed the look and feel of the northern part of the Historic Core. With 96 apartments and more than 200 retail spaces, the project extends the residential momentum of the Old Bank District while also connecting to the Toy District and the Civic Center. The $125 million development on Fourth Street between Main and Los Angeles streets not only has homes and businesses, but also offers a plaza for community events and something rarely seen in the Historic Core: green grass.

Many restaurants have opened in Downtown in recent years, with mixed results. One unquestioned hit is the Lazy Ox Canteen. The restaurant at 241 S. San Pedro St., on the ground floor of the Sakura Crossing apartment complex, has been praised by, well, almost everyone. Chef Josef Centeno’s small plates menu features unusual, inventive and downright delicious offerings such as pig’s ear, caramelized cauliflower and even lamb’s neck hash. The crowds swarm — the casual joint with oversized light bulbs and plenty of wines by the glass was packed at 6:15 on a recent Sunday evening. The establishment from owner Michael Cardenas brings foodies to Little Tokyo, and once they finish a meal (or while waiting for it), they have a chance to take in the charms of the neighborhood.

Call it the Bottega Louie effect: The debut two years ago of the loud, cavernous restaurant has opened the culinary floodgates on Seventh Street, helping the corridor reach its long-desired potential of becoming Downtown’s “restaurant row.” The idea was proffered several years ago by the Downtown Center Business Improvement District, but only came into its own in the past year or so. New additions include the heralded sushi establishment Sugarfish, up-market Thai emporium Soi 7, and the instantly popular Mexican eatery Mas Malo (shown here). The action creates jobs, generates tax revenue and, more than anything else, makes this stretch come alive seven nights a week.

It is difficult to overestimate the impact that the $900 million project developed by Anschutz Entertainment Group has had on Downtown. The 54-story edifice has changed the community’s skyline, and the 1,001 hotel rooms have kick-started the city’s stalled convention business, luring lucrative business gatherings that L.A. was previously incapable of securing. It is actually two hotels in one: An 878-room J.W. Marriott opened in February, and the 123-room Ritz-Carlton debuted a few weeks later. The project at L.A. Live provides customers for the theaters and restaurants at that complex, but also funnels people to businesses all across Downtown.