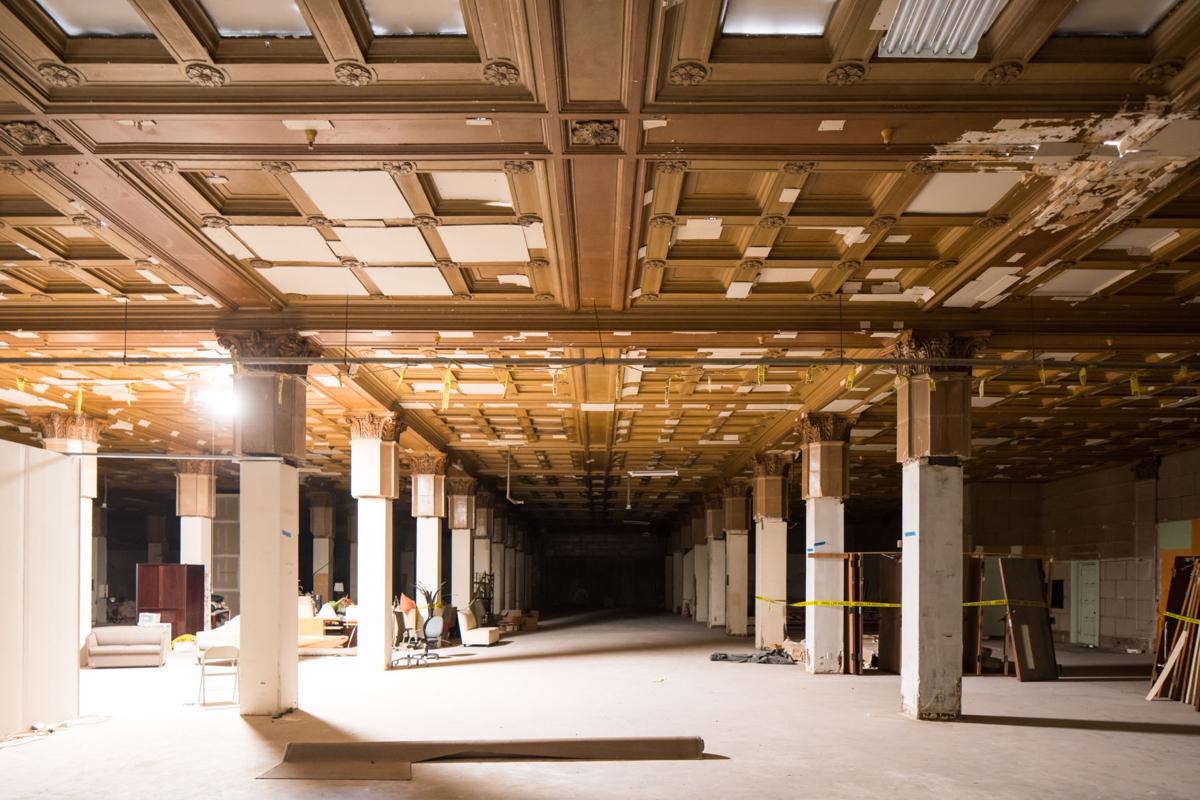 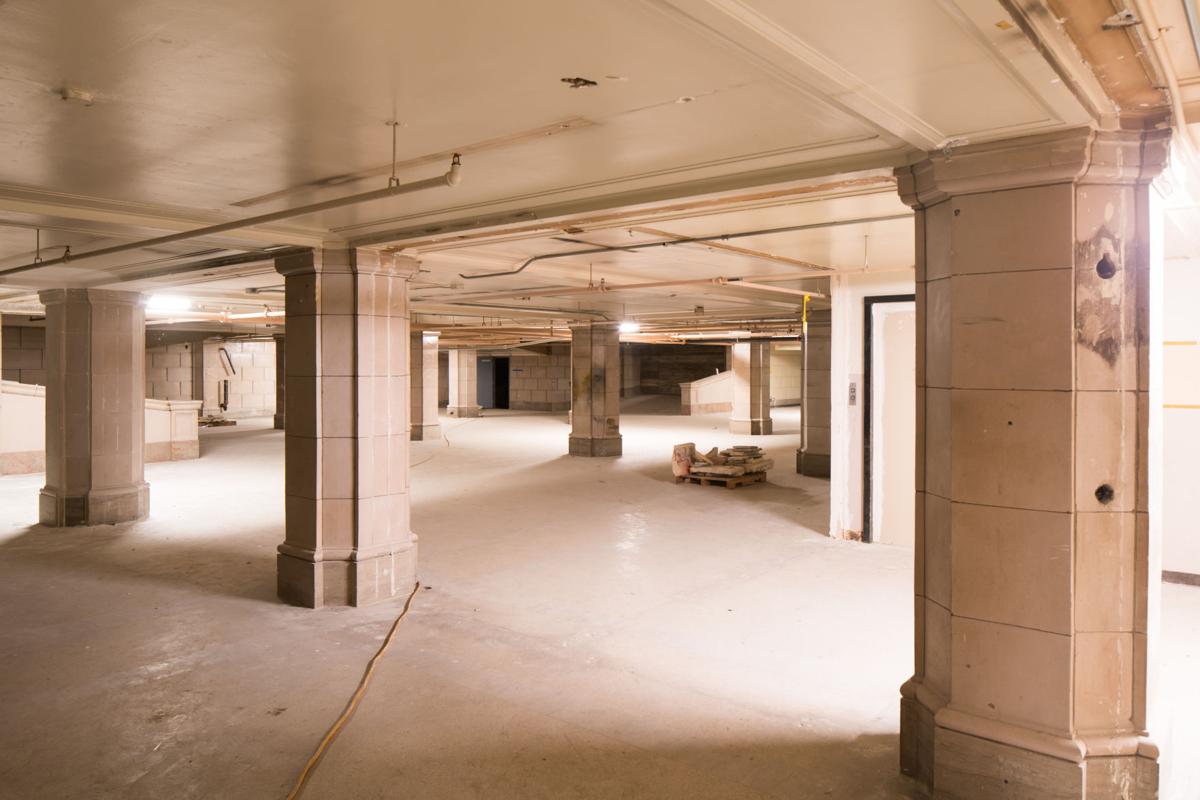 The lower levels of the Subway Terminal Building are being envisioned by Forest City Residential West and brokerage firm JLL as a site for office space and large retail stores.

Nearly a century ago, subway riders arriving in and leaving Downtown Los Angeles used an underground rail station at the southwest corner of Fourth and Hill streets. Now there’s a plan to bring people back to the subterranean territory, though trains are not part of it — shopping is.

Cleveland-based developer Forest City is undertaking an ambitious plan to turn the lower levels of the Subway Terminal Building into a retail and creative office complex. It would repurpose 130,000 square feet of space on the ground floor and two underground levels of the building just north of Pershing Square.

The developer turned the above-ground portion of the building into the 277-apartment Metro 417 Lofts in 2005. Now Frank Frallicciardi, director of development for Forest City Residential West,said they are in the process of bringing the 91-year-old edifice up to fire and safety standards, but are waiting on major restoration work until tenants are secured. Brokerage firm JLL has been hired to market the space.

“We’re trying to keep the history of the building while creating a really great center for boutique retail and restaurants,” said Danielle Cornwell, a senior associate with JLL. “If you look at how well Grand Central Market was done, you can see the rise of really interesting mixes of food halls and creative offices.”

Now, said Frallicciardi, the market has recovered, and developers and retailers are trying to get ahold of any space possible in Downtown. About two years ago, Forest City began looking at resuscitating the retail and office vision.

“We got to the point where enough people were knocking on the door unsolicited that we felt we needed to find the right set of tenants and plan it all out,” Frallicciardi said.

The Subway Terminal Building, designed by the architecture firm Schultze and Weaver, opened in 1925 as one of the hubs for the Red Car subway system, and funneled riders into and out of the heart of Downtown. After the Red Car system faded, a section of the 12-story building’s underground space served as offices for the Veterans Administration. It has been vacant for decades.

The 40,000-square-foot ground floor has an Art Deco feel, with ornately carved columns and 18-foot-high copper ceilings. There are also two large skylights that are currently covered. Forest City plans to uncover them and create an open market of vendors flanked by office space and larger eateries.

The first underground level, where travelers once passed through turnstiles, is about 40,000 square feet and has eight-foot ceilings. Frallicciardi said he expects it will serve as office space for one or two tenants, possibly for architecture or design firms. (The ceiling will not be raised, he said.)

The lowest level has 20-foot ceilings and about 45,000 square feet of space. Frallicciardi expects it would hold up to three tenants, and said a gym might be a fit. The old train tunnel is at one end of the floor, though it is owned by the city and closed off.

The project comes as the Downtown retail scene is exploding, with clusters of stores in places such as Broadway, the revitalized Bloc and FIGat7th complexes, and the One Santa Fe project in the Arts District. More retail would arrive in The Grand on Grand Avenue, the 1.1 million-square-foot Broadway Trade Center at Eighth Street and Broadway,and At Mateo, also in the Arts District.

Still, the new project’s size and location in the heart of Downtown make it a viable destination, according to Justin Weiss, a senior associate at real estate firm Kennedy Wilson. He pointed to the building’s history and design, and said additional pedestrian traffic would from projects such as the upcoming Clark Hotel, across the street at 426 S. Hill St.

Weiss also cited a Downtown residential population that has swelled to 58,000 people, with more expected to come soon as new apartment and condominium buildings open. He said the local retail scene is actually playing catch up.

“If you want to do lots of shopping, you’re going to Melrose, to Old Town Pasadena, to the Beverly Center, these different places that you can spend all day shopping. Downtown doesn’t have that,” he said. “At Mateo, The Bloc, these shopping centers are going to be their own things. It might be a bit similar, but a rising tide floats all boats.”

One aspect of Forest City’s project goes counter to life in Los Angeles: the underground component. The city’s temperate weather lures people outdoors, and while there is subterranean shopping at Fifth and Flower streets, another largely underground retail location, the Los Angeles Mall, has underperformed for decades.

Still, Weiss said Downtown has a history of activating smaller basement spaces, such as the bar the Edison in the Higgins Building. He said the shopping center at Fifth and Flower draws large crowds during the lunch rush. With the right tenants, he said, the Subway Terminal Building could succeed.

Cornwell of JLL is even more bullish. She said that the overall package of the project’s size, the likely mix of tenants and the location will bring in people.

“It’s near the Metro. It’s near Pershing Square and the restaurant Perch is right across the street,” she said. “Our main goal now is to activate it on the street to bring people inside.”

The search for occupants is ongoing. Frallicciardi said that once a tenant, big or small, is inked, it would take eight months to a year to renovate their space. The price of the project will depend on the tenants and what kinds of improvements are required.

Though work is early, Frallicciardi said he hopes to have people starting improvements by the end of the year.