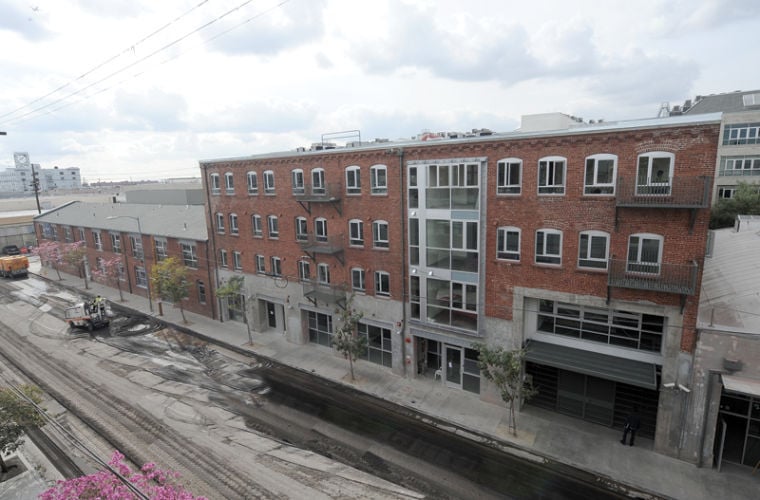 Downtown received its first batch of new condominiums in years when the Arts District’s Barker Block opened its second phase in January. The first 15 residences that were released sold out in a week. 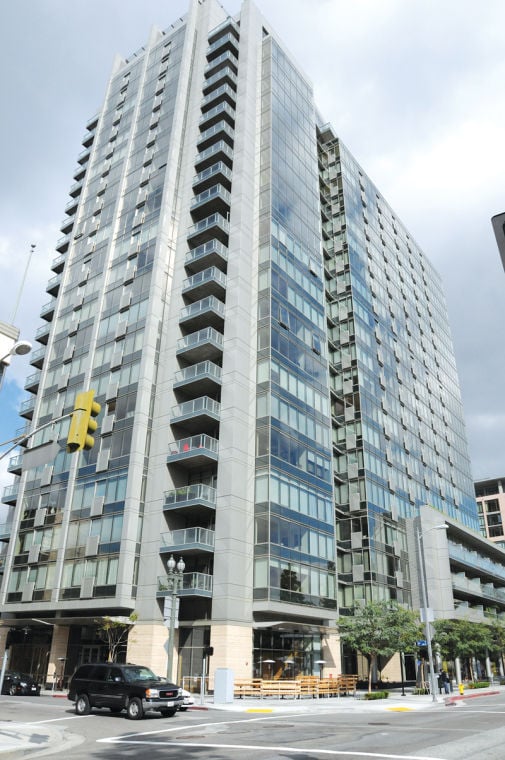 The limited for-sale Downtown housing stock has helped boost the price of existing condominiums. Resales of older units in buildings such as South Park’s Evo increased 29% in a year, reaching $580 per square foot by February, according to the Mark Company.

Downtown received its first batch of new condominiums in years when the Arts District’s Barker Block opened its second phase in January. The first 15 residences that were released sold out in a week.

The limited for-sale Downtown housing stock has helped boost the price of existing condominiums. Resales of older units in buildings such as South Park’s Evo increased 29% in a year, reaching $580 per square foot by February, according to the Mark Company.

DOWNTOWN LOS ANGELES - If you’re hoping to rent in Downtown within the next year or two, you’re in luck: The Central City flaunts more than 5,000 apartments under construction, and another 3,000 have been approved by the city.

Those looking to own their own home face a far more difficult scenario. Only 68 condominiums have been built in the past year, and they are all part of the second phase of the Barker Block, which sits near the corner of Palmetto and Hewitt streets. The Arts District residences, developed by CityView and Blackstone (with marketing help from the Kor Group), range from 679 to 1,355 square feet. The first release of 15 units sold out in one week, notching an average of about $575 per square foot, according to brokerage the Loft Company. Listing prices for the release ranged from $435,00 to $739,000.

“Barker Block is a success story, and the second phase has attracted a lot of attention,” said Con Howe, managing director at the Los Angeles office of CityView. “Everyone, including developers, is watching this project.”

Primarily, people are watching how fast and for how much the residences go. Before the recession of 2008, Downtown condominiums regularly sold for more than $600 a square foot. Prices, of course, cratered during the downturn and many owners went underwater, owing more on their units than they could possibly fetch.

Ever since, developers have been waiting to see markets improve to the point that selling prices could justify the cost of building condos. Buyers, meanwhile, have long had little more than a small pool of resales.

“There’s an insane demand for condos,” said Kathy Neal, a principal at the Downtown office of brokerage Keller Williams. “Younger professionals are a big portion of buyers, but it’s also older people who want to retire here or are looking for a second home.”

Rising prices in the available Downtown units seem to back Neal’s claim of a hunger for ownership. Pricing on new condominiums averaged $620 per square foot over a 12-month period ending in February, an increase of 15% from a year before, according to housing research and sales firm the Mark Company. There were a total of 79 sales in that period, including units in the Ritz-Carlton residences and Evo in South Park. Resales, meanwhile, have seen a 29% increase in price over that same period, to an average of $580 per square foot.

The demand has much to do with the growth of Downtown as a cultural center, featuring amenities and nightlife that rival those of any neighborhood in Los Angeles. The context also includes changes in nearby communities such as Echo Park and Silver Lake, according to Richard Green, director of the University of Southern California’s Lusk Center for Real Estate.

“Property values in surrounding neighborhoods are increasing greatly, so buying a condo Downtown is getting more appealing,” Green said. “Two years ago, you could buy a house in Silver Lake for $400 a square foot, and that’s simply not the case anymore.”

Downtown has been through a sort of stop-and-start process. A handful of local buildings were planned as condominiums before the recession, and architects and developers designed and installed the upscale touches and appliances that mean the most to buyers. However, many of those buildings changed to apartments as lending markets were hammered and securing mortgages became nearly impossible. Only a few projects, such as 920 E. Second St. in the Arts District, actually made it to market as for-sale residences.

“Across the board, construction financing for rentals has been easier to secure in the last few years than for condos,” Howe said. “So when people say developers are choosing one over the other, sometimes it’s not their choice.”

Developers who opened their Downtown buildings as rentals haven’t exactly faltered. Downtown’s apartment vacancy rate dropped to just 3.4% in the fourth quarter of 2013, according to the USC Lusk Center for Real Estate, so even if a developer misses on the financial goals of an apartment project, Green says, it will still fill up.

The upside of condos for developers is that they have higher potential profits. In a strong market, developers can snag a 20% rate of return versus 8% or 9% on rentals, according to Green.

While the heated sales pace at the Barker Block might make some think the for-sale market is about to explode, it’s not necessarily the case. Bill Witte, president of developer Related California, told Los Angeles Downtown News last year that building a condominium tower can average around $700,000 per unit (though prices are likely lower in shorter buildings not being designed as “luxury” residences). In February, condo sales in Downtown were averaging about $544,000 per unit, according to the Loft Company.

“I think there’s buyer demand at today’s prices for existing stock, but today’s prices aren’t high enough to justify construction,” said Kerry Marisco, a residential broker with Coldwell Banker. “My understanding from the developers I know is that until the smallest, least desirable entry-level condo units can get $600 a square foot, it doesn’t make sense to build.”

Downtown’s limited condo stock is hardly unique. While San Francisco has far higher average prices for new and resale residences ($1,027 and $864 per square foot, respectively), there were only 39 new units available at the end of February, according to the Mark Company. Seattle had 270 units on the market at that time, but 255 of those came from a single project, dubbed Insignia, that began pre-sales in September.

“Typically, in the last few years, we’ve only seen condos being built in strong markets like South Florida and New York,” said Alan Mark, president of the Mark Company. “Yet when we look up and down the West Coast, whether it’s San Francisco or San Diego or L.A., there are thousands of apartments being built.”

Although Bay Area prices may be out of reach, Mark expects that pent-up demand in Downtown Los Angeles will inevitably propel developers either to convert current apartment projects or start planning new condominium structures. USC’s Green also thinks that some developers may need an attitude adjustment, as they’re still waiting for returns on projects more fitting for the financial environment of 15 or 20 years ago.

Real estate players also point out that not all condo projects are the same, even in an increasingly upscale market such as Downtown. Keller Williams’ Neal decried a lack of local mid-range units that could appeal particularly to young families or others who don’t need expensive touches and amenities.

“There has to be a range of condos with prices that can accommodate different kinds of residents,” Neal said. “I understand it’s all about the bottom line for developers, but it’s important to build a community of homeowners.”

That brings local real estate watchers back to the Barker Block, where the speedy sales, along with the continuing strength of a limited number of area resales, bode well. It’s why the pricing will be watched even closer as the rest of the property’s residences are put on the market.