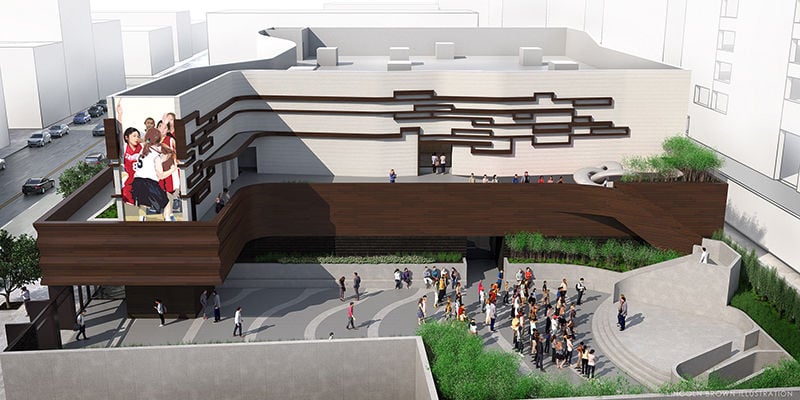 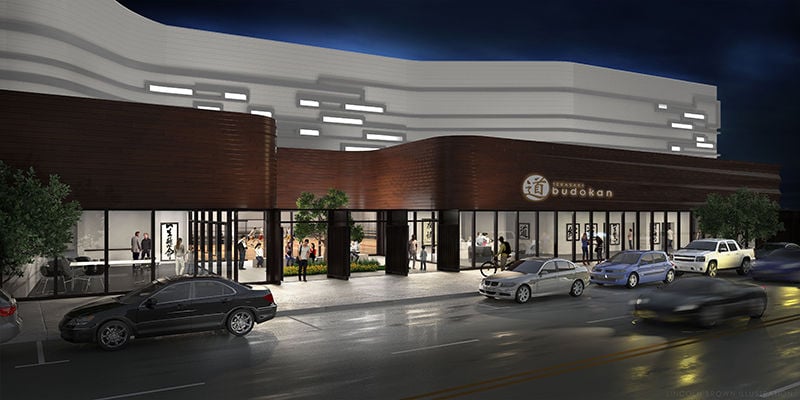 DTLA - The Terasaki Budokan isn’t the largest project in Downtown Los Angeles. In fact, if you run down the more than 100 developments either under construction or in the planning stage in the Central City, you’ll find dozens with a higher budget or more square footage.

Still, when it comes to serving area residents and workers, and impacting quality of life in a community, few projects will be as important as the $25 million effort that recently broke ground at 237 S. Los Angeles St. Adding to the achievement is that the start of construction comes nearly a quarter century after the project was initially broached.

Give credit to longtime neighborhood organization the Little Tokyo Service Center for refusing to quit on a project that would have been easy to drop. As Los Angeles Downtown News recently reported, the LTSC first proposed the idea of a facility with basketball and other sports courts, and space for community activities, in 1994. The project survived molasses-slow fundraising, the Great Recession and a later surge in land values that might have made the city-owned property more ripe for another type of revenue-producing development. Yet the LTSC persevered, searching out public and private financing, including a $3.5 million donation from the foundation of the late scientist and philanthropist Dr. Paul I. Terasaki.

The Budokan, scheduled to open in 2019, has the potential to tie together Little Tokyo’s past and future. Los Angeles’ Japanese-American community has a long history of recreational basketball leagues, though few have been Downtown in recent decades. The Budokan will draw Japanese Americans who reside in other communities to the neighborhood, where teams will play on courts under a 35-foot-high ceiling. Ideally players and their friends and family will hang out in the area before or afterwards, patronizing nearby restaurants, bars and stores.

While the Budokan is born of a desire to serve Japanese Americans, LTSC representatives said the facility will also be available to greater Downtown. There will be volleyball, martial arts and other tournaments and programs that appeal to a range of people.

A rooftop terrace will be hold community events, and the 39,000-square-foot facility will also host art and cultural exhibitions. The Budokan will join the nearby Little Tokyo Library and the Japanese American National Museum as valuable neighborhood resources, and it will complement commerce hubs such as Japanese Village Plaza and the Little Tokyo Galleria.

Credit also goes to 14th District City Councilman José Huizar, a supporter of the project, and to Jan Perry, who represented Little Tokyo when she served on the council. In 2011 Perry led the charge to lease the land to the LTSC. It was a difficult process — no money had been raised at the time — but a vital step. Now, with shovels in the ground, the future is coming into focus.