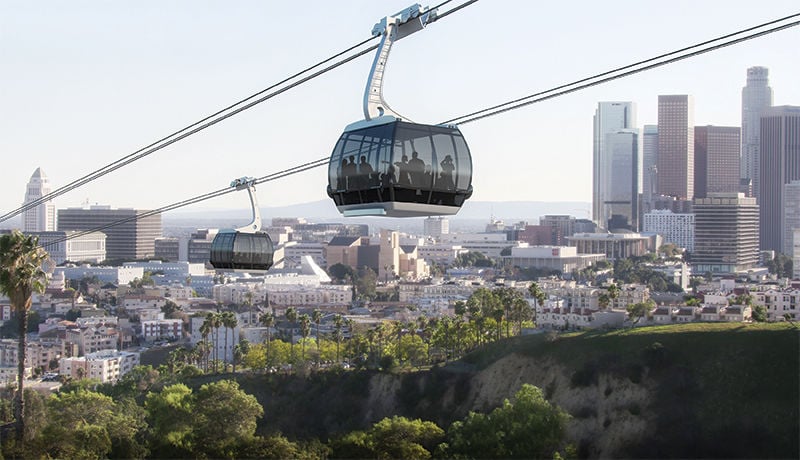 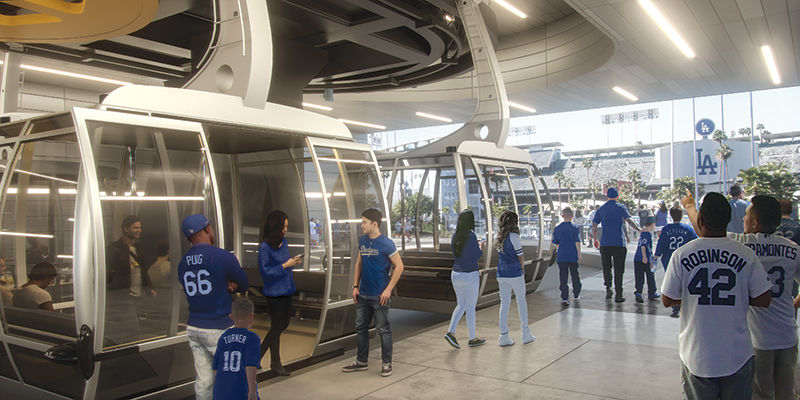 DTLA - The April 26 proposal to run an aerial tram between Union Station and Dodger Stadium came out of left field. Before that date no one was talking about creating a sky-high alternative to the frequently frustrating, ground-bound path to the ballpark. Now nearly every baseball fan is wondering what the experience would be like.

The proposal from the newly created Aerial Rapid Transit Technologies LLC is exciting, and the public would benefit from a mass-transit alternative to the status quo. Most people who visit the stadium do so in a private vehicle, and Dodger Stadium parking rates of at least $15 per car feel like the team has fans over a barrel. After all, there’s no nearby competition.

The concept of getting to the stadium from Union Station in five minutes is exciting, and many people would love to leave their car elsewhere and either take a bus or train to the transit hub, or even walk, if they happen to live or work in Downtown Los Angeles. We can envision soaring in a gondola over Downtown, Chinatown, the 110 Freeway and Elysian Park before settling in to the stadium. If it works as advertised, many people might never again drive to the ballpark.

The question is, can the team behind the initiative realize an idea that was actually first broached in 1990? We take it as a good sign that ARTT did the appropriate back-end work, and that the public announcement came after scoring initial approvals from the Dodgers, Metro (which owns Union Station) and Mayor Eric Garcetti. The job will require some powerful political champions.

Still, at this stage a lot needs to be determined, including how much a ride would cost and where the station would sit at the transit hub. What path would the tram travel and what rights-of-way must ARTT acquire? Although these systems operate in many locales, what sort of safety standards and concerns are there for a gondola in a dense urban neighborhood?

There is also a natural skepticism of something so audacious. That includes concerns related to ARTT; its founder is Drew McCourt, the son of former Dodgers owner Frank McCourt. The elder McCourt was reviled by fans for the way he operated the organization, and when he sold the team in 2012 he held on to some land around the stadium, which the Dodgers rent for parking. Though the son should not be penalized for the actions of the father, it’s difficult to believe that Frank McCourt is completely uninvolved. Fairly or not, the McCourt name will, for now at least, make many question the tram proposal.

The good news for AART is that it has the opportunity to convince the public of the project’s worth and viability, and we expect transparency in all manners as the process moves forward. That includes detailing how much of the $125 million AART will put up, how much will come from other investors, and who those financiers are.

This is an ambitious project. We look forward to what happens next.