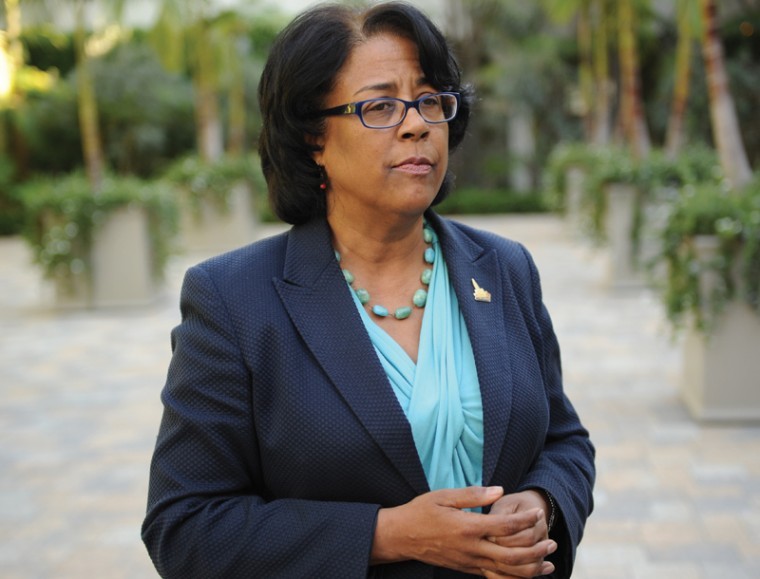 Jan Perry was sworn in as the Ninth District City Council representative in 2001. Downtown saw projects worth literally billions of dollars come online during her tenure. 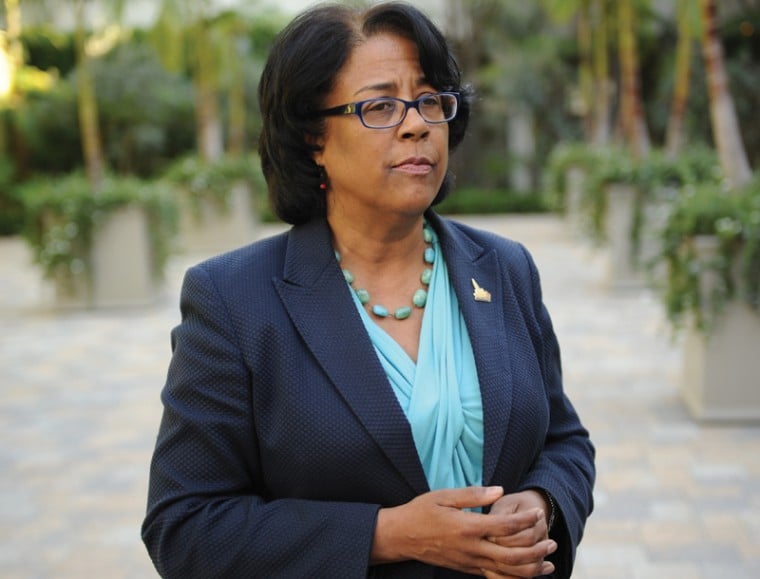 Jan Perry's 12 years in office will be honored on Tuesday, June 18.

Jan Perry was sworn in as the Ninth District City Council representative in 2001. Downtown saw projects worth literally billions of dollars come online during her tenure.

Jan Perry's 12 years in office will be honored on Tuesday, June 18.

On March 5 voters will head to the polls to pick the next mayor of Los Angeles. It is a monumental decision, as the successor to Antonio Villaraigosa will be responsible for resolving a series of entrenched problems, including a long-running budget crunch. That’s just the start, as the next mayor will have to make hard choices regarding everything from city employee pensions to public safety to potholes to the environment to homelessness to a crumbling municipal infrastructure.

The opportunities are as great as the challenges, with our next elected leader getting the chance to apply fresh thinking to the difficulties that have dogged the current administration. Fortunately, we think there is an overall good field of candidates, even if a few other contenders would have made it stronger. Although the race has been less substantive than hoped, we believe that three individuals have the capacity to be effective, thoughtful and forward-thinking leaders. Councilwoman Jan Perry, Controller Wendy Greuel and Councilman Eric Garcetti would all be a marked improvement over the often-unfocused Villaraigosa.

Angelenos would make a good choice if they choose Greuel or Garcetti. Each cares deeply about the city and its people. Each boasts an impressive resume and a long list of accomplishments.

However, we think there is a better choice: Los Angeles Downtown News firmly endorses Jan Perry for mayor. She has shown significant skill in creative problem solving, which is the most important trait a leader has to possess, as evidenced by her key role in the last decade in the phenomenal emergence of Downtown Los Angeles as a place to live, work and spend free time. At the same time, she has found ways with her leadership skills to aid and improve Skid Row and South Los Angeles.

One of our favorite traits about Perry is her personal and professional courage in her nearly 20 years as either a council aide or as a councilmember herself. Almost immediately after her first election, she took a one-person, fact-finding walk down Skid Row. Multiple groups do so now, but she was the first politician to talk seriously to people she met there about their lives and their needs, and to follow up. She made Skid Row more than a Thanksgiving photo opp.

Perry is not the best funded of the candidates, but she is the best choice for mayor for her financial judgment and many other reasons. During her 12 years on the council representing the Ninth District, which for most of her tenure included a large portion of Downtown Los Angeles, she has, as we say, displayed smarts and fortitude. Downtown is a far better place today than it was when she arrived. We think that Downtown, and indeed all of Los Angeles, will be even better four years from now if Perry is elected. There is no question that she would bring her leadership, creativity and courage to the city at large.

The next mayor will need to stimulate business growth in Los Angeles, and as every businessperson knows, a politician can be a help or a hindrance to a project or deal. Sometimes success requires an elected leader to step in and be creative, and other times the pol’s role is simply not to get in the way. Perry has routinely understood when her active involvement was required, and she often worked out of public view to move housing or other projects forward. These developments made Downtown a more vibrant place and created thousands of jobs, including many in the construction field. Perry has long been good for business and job creation.

Regarding Skid Row, her early walk was only the beginning. She has had numerous successes there, particularly in the field of low-income housing creation and other community projects. Again, Perry has routinely been thoughtful and creative on the funding side, to the point that Downtown has gained thousands of low-income housing units. It’s time to use that expertise to get this type of housing in other parts of Los Angeles and not congregate the lion’s share of the services in one neighborhood.

When it comes to dealing with the long-term fiscal issues facing the city, we think Perry is more likely to be tough than her competitors. Many observers believe the budget crunch will only be resolved when public employee pensions are carefully adjusted (not gutted) to a level that makes fiscal sense for the city. This will almost certainly mean some form of additional contributions from city workers, and we question whether Greuel and Garcetti will be able to play hardball with union leaders who have backed them in current and past races. We think Perry, who does not have the same kind of history with labor leaders, is better situated to hammering out a deal that works for the whole city, meaning its workers and its residents. We also appreciate her stance in interviews with union leaders saying she would keep City Administrative Officer Miguel Santana in his position, despite his past calls for layoffs.

Is Perry perfect? Certainly not. Her recent public feud with Council president Herb Wesson seems to have been unavoidable — he marshaled forces to gut her district. We give her credit for standing up to bully tactics. She also gets credit for being that rare politician who almost always speaks her mind. That said, if she wins she would need to find some way to work with enough of the 15-member council to get things done. Another trait which many would call a shortcoming is that she has not mastered the art of the sound bite. It makes her less gripping in the 10-second clip on the nightly news, but it also speaks to genuine depth. We prefer the latter over the former.

There is plenty to like in those we are not endorsing. The turnaround in Hollywood that Garcetti has facilitated over the past dozen years mirrors some of the advances witnessed in Downtown. His years as council president demonstrate an ability to lead. He’s charismatic and can get people excited, and we like his understanding of the importance of the technology sector in the future of Los Angeles. This industry is potentially a huge generator of jobs and it needs to be served.

We also like what Greuel has done in her long career in public service. Her time on the council gave her experience dealing with constituents, and she has been an effective, aggressive controller who built upon the groundwork laid by Laura Chick, her predecessor in the job.

Two other candidates in the race deserve mention. Attorney and former radio host Kevin James has run an effective, energetic campaign. The lone Republican in the field has routinely asked hard questions, which benefits everyone in L.A.

However, his resume has nothing on it that indicates he can lead a city with a $7 billion budget (co-chairing AIDS Project Los Angeles, while admirable, is not comparable). His claim of being the race’s only true outsider is not sufficient reason to vote for him.

A fifth candidate, Emanuel Pleitez, is also running. We give him credit for energizing some younger Angelenos and getting them involved in the political process, but like James, we see nothing that indicates he is ready for the challenges of running a city of 4 million people. We hope he brings his energy and ideas first to another political position.

Los Angeles’ future will change next month when voters go to the ballot box. It’s clear that change should include Jan Perry.