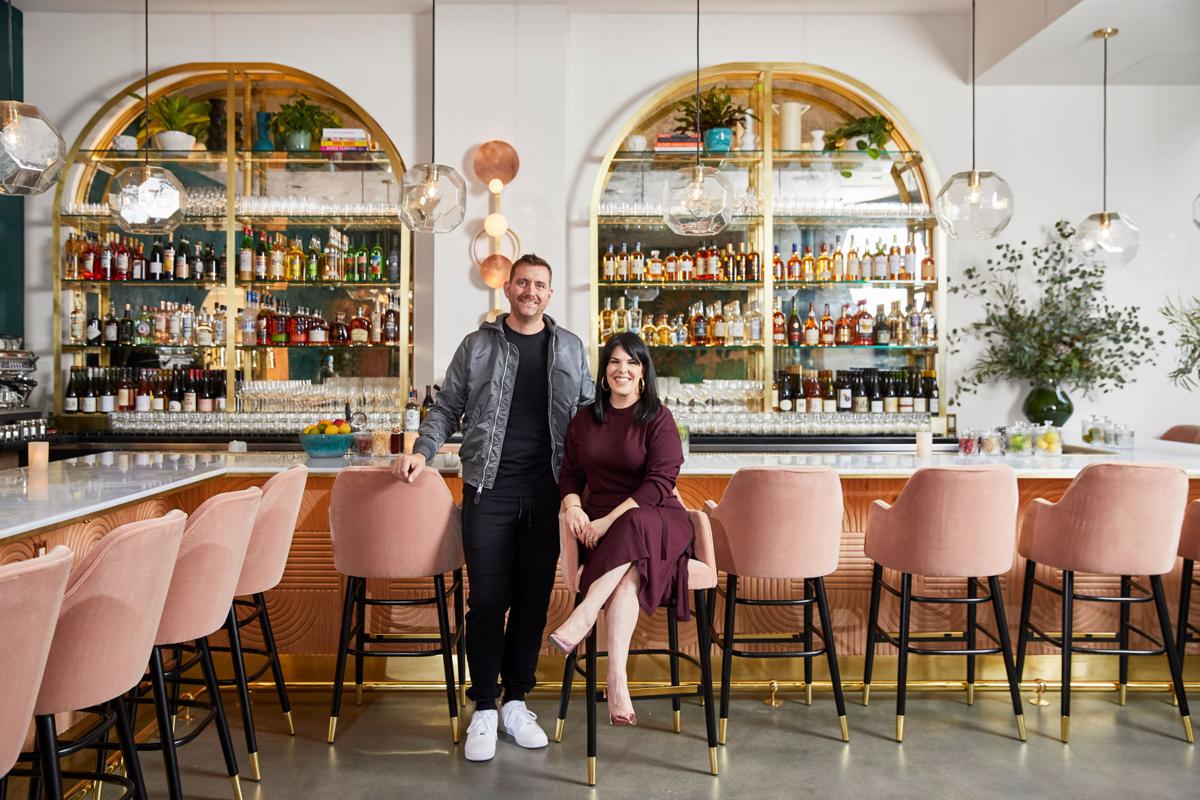 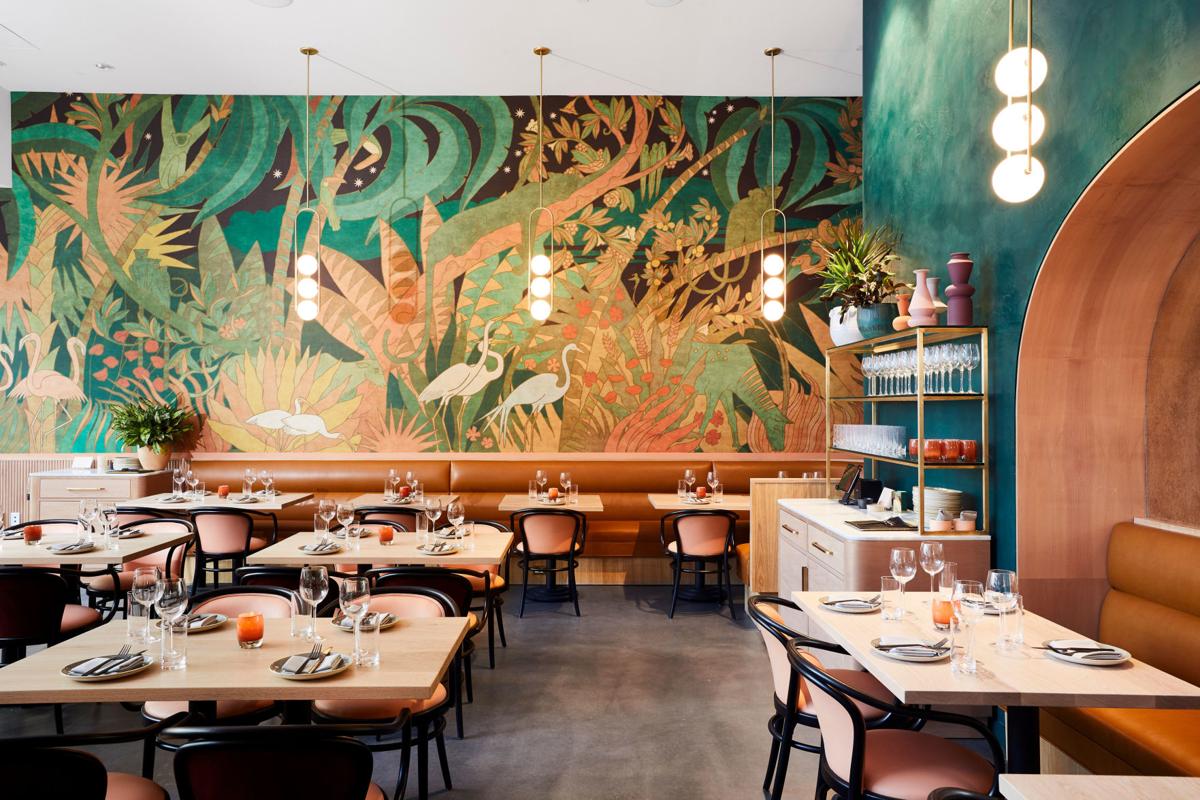 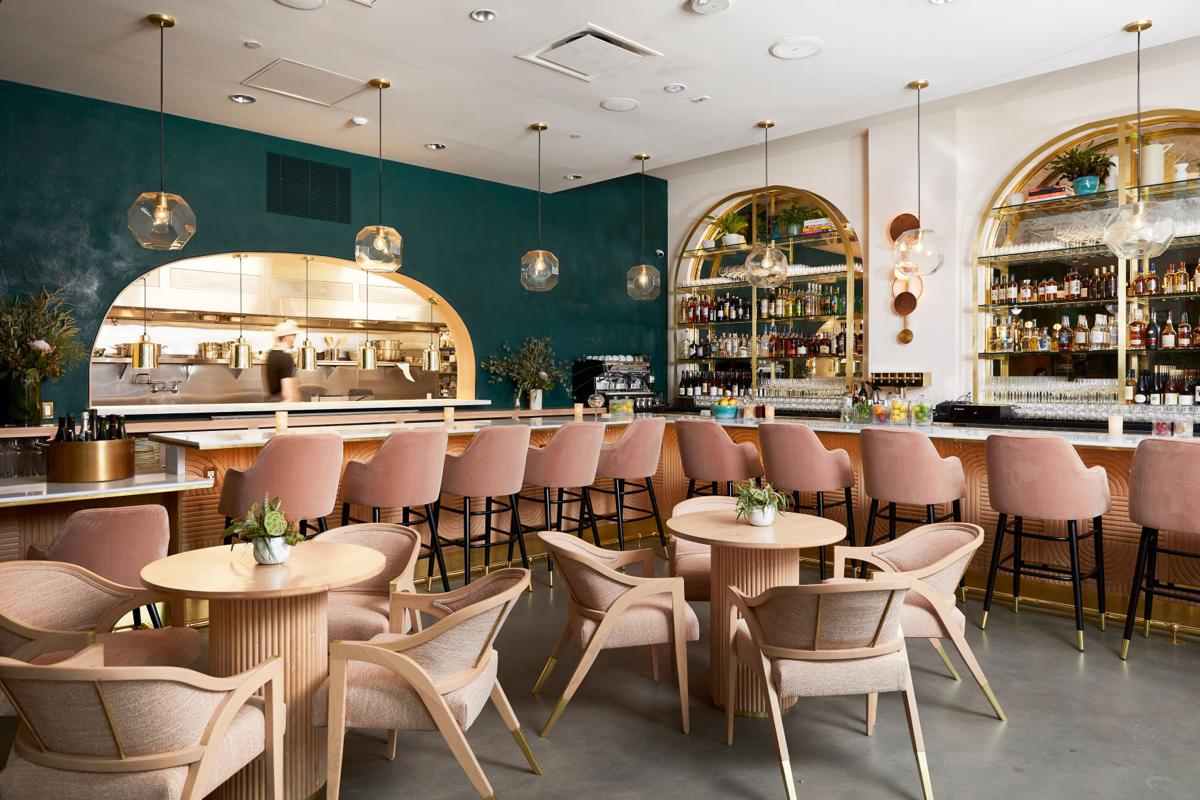 The husband-and-wife team opened Red Herring on Dec. 16 on Grand Avenue between Seventh and Eighth streets, initially for dinner and drinks, before expanding to lunch and brunch in early 2020.

“We’re taking everything we learned in our Eagle Rock kitchen and upping the ante,” Dave Woodall said. “We’re also giving ourselves more room to play. Yes, the menu is large and more refined — but it’s also more adventurous, and lends itself to a more exploratory experience.”

The Woodalls opened Red Herring in Eagle Rock in 2016 in a rehabbed two-story building, before shuttering it in March 2019. The Downtown Los Angeles iteration takes up 3,300 square feet, featuring peach and forest green motifs, connecting around a large, eye-catching mural from artist Mike Wilcox.

The menu consists of what Dave Woodall calls “American regional comfort,” with dishes like crispy quail with a buttermilk waffle and the ricotta dumplings. The bar program will also include an expanded version of its Eagle Rock menu, including the addition of a rotating monthly cocktail.

The restaurant is currently open daily for dinner, Sunday through Thursday from 5-10 p.m. and Fridays and Saturdays from 5-11 p.m.