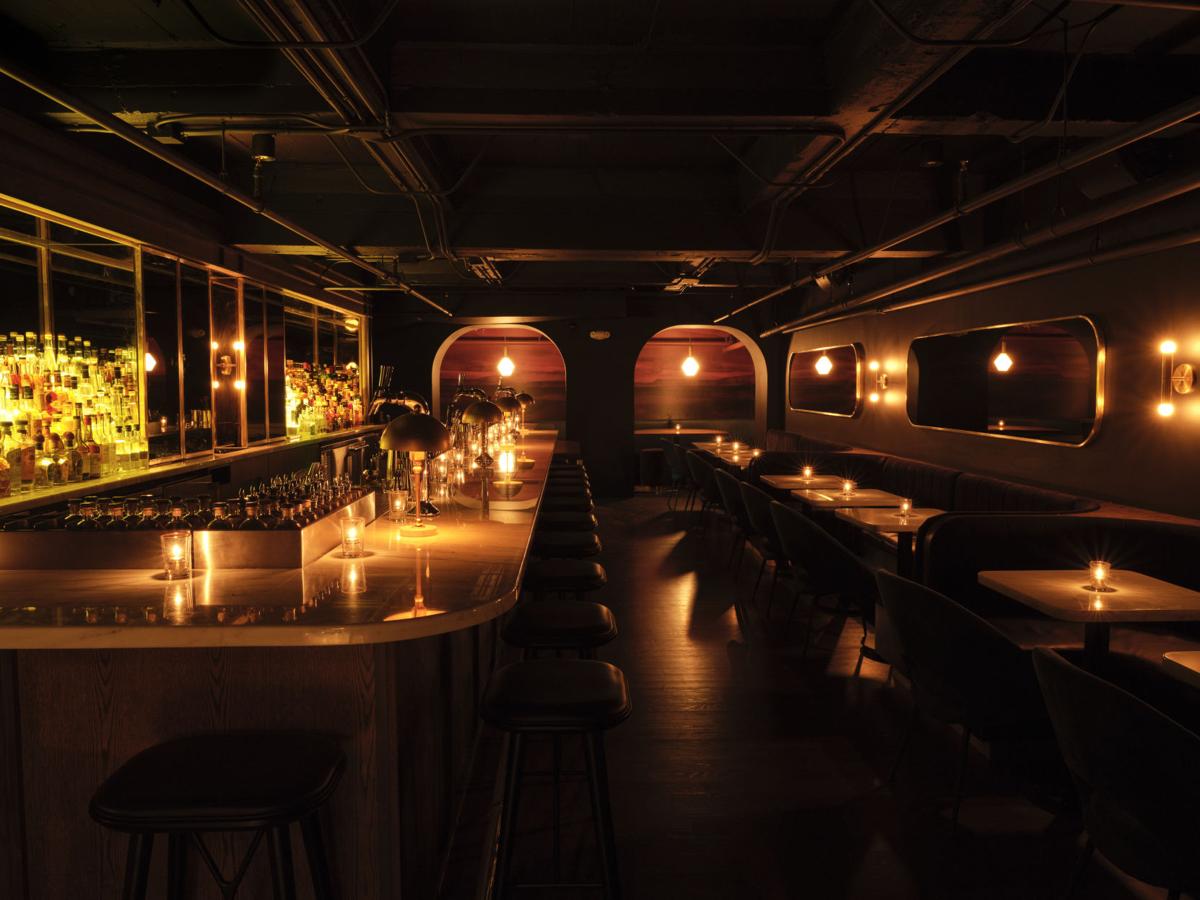 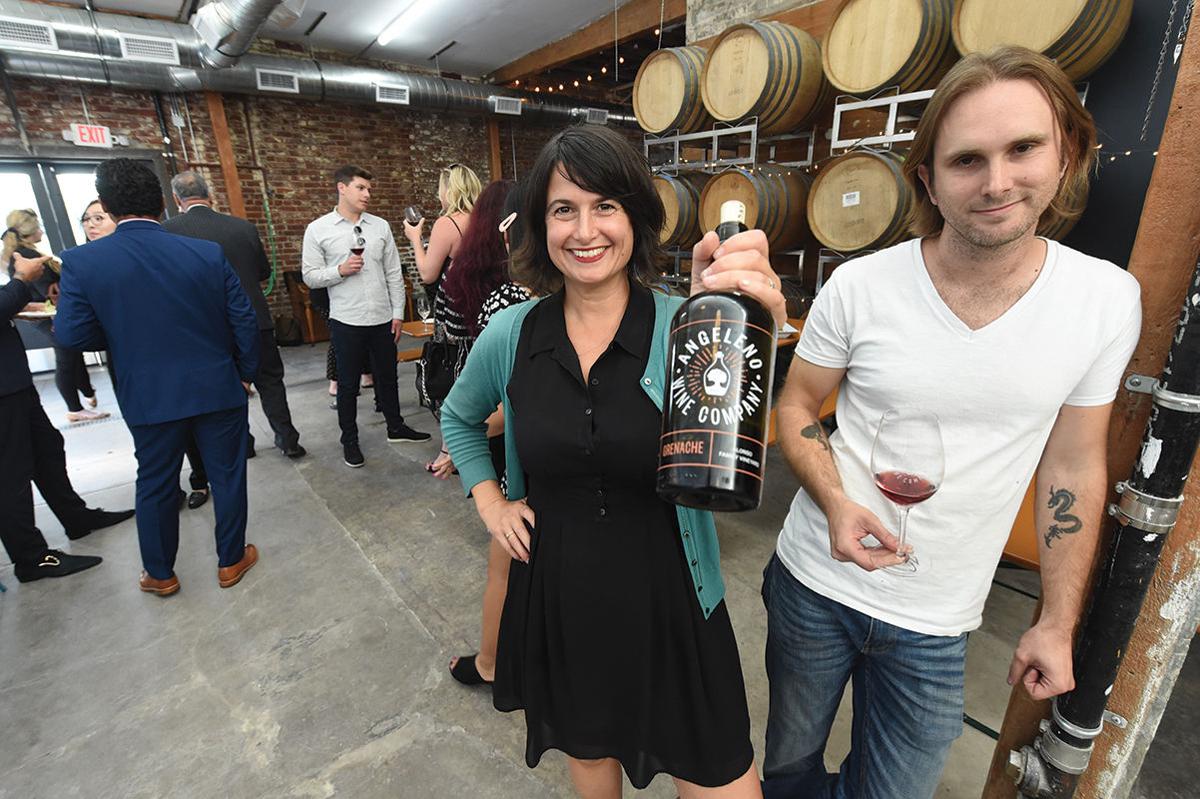 This past year saw some seismic moves in Downtown’s culinary world. Long-running spots closed, big-name additions such as The Manufactory recently shuttered and a number of chefs staked out new and interesting concepts in the Central City.

But while the culinary scene remains in flux, 2019 was a fantastic year for nightlife in Downtown. Aside from the bevy of existing bars, Downtown got a new mix of spaces, from low-key wine bars to branches of some iconic cocktail spaces. It’s a cocktail enthusiast’s dream, with plenty of places to hang your hat, take a seat and settle in for a drink or three. And with New Year’s Eve around the corner and the year winding down, it’s worth looking at the additions to Downtown’s potable landscape.

Here are seven of the best new openings from 2019:

Death & Co.: The latest nightlife addition to Downtown Los Angeles is one of its most anticipated. Death & Co., the celebrated Manhattan East Village cocktail spot opened its Arts District location this past month. The space is two-fold, with a walk-up space called the Standing Room in the front and a seated, larger bar in the back. The Standing Room focuses on easily sippable and approachable drinks, with rum sours and variations on familiar drinks like an Americano or whiskey highball (this one heavy on pear flavor). Death & Co. proper is a more intricate affair. The menu is divided by flavor profile, and range from revisions on martinis to smoky mezcal cocktails served with plenty of citrus. The basement bars, with black marble counters and dark wood walls, have a moody and intimate atmosphere reflecting Death & Co.’s East Coast roots. And despite the trend of cocktail bars going for $15 or even $16 prices, drinks here are mostly a more affordable $10-$12, with a few around $14.

Mullin Wine Bar: At the end of August, the Music Center unveiled a slew of new dining options as part of the revamped Music Center Plaza. For the drink-focused, Mullin Wine Bar offered the biggest draw. The focus of the new space is on fermented grape juice, with a strong mix of Californian, Italian and French wines. However, it also has a solid cocktail program from Christiaan Röllich, with no drink feeling too familiar or basic. A harissa and tequila-based Spice Station works, while the bourbon and pomegranate molasses blended Grand Cape provides some heartier kicks.

Pilot: If the theatrical scene of Bunker Hill isn’t your jam or if dive bars can be too claustrophobic, the rooftop bar at the new Hoxton Hotel is a great alternative. The hotel has its own restaurant, Sibling Rival, but the rooftop space Pilot is just as big of a draw. It’s a Mediterranean-focused restaurant, but the bar is open during the day and evening, with everything from boozy and large punch bowls to bottles of High Life. The cocktail menu is intricate and varied, with drinks like the cahaca and sherry-based 12 to Midnight or the Gone Coastal, with lots of rum and tequila. The building is also situated in just the right spot so that there are nice views of Downtown, especially at sunset. In a time when rooftop bars like Perch and Broken Shaker attract huge crowds, another addition to that niche field is always nice.

Queensberry: Downtown started 2019 losing one of its more interesting nightclubs; Honeycut mixed high-end, even health-focused cocktails with a massive light-up dance floor and club energy. In its place came The Queensberry. The space is a bit more glitzy — dark wood with a lot of gold trim is the main aesthetic here — and the menu is heavy on whiskey and champagne, but if the club atmosphere is what you’re looking for, this is one of the most energetic openings in 2019. It even has a colorful dance floor, for when you inevitably feel the need to bust a move. Just remember, it’s only open Wednesday-Saturday.

Firehouse Hotel Bar: Earlier this year, the former Engine Co. No. 17 building on Santa Fe Avenue got the boutique makeover, turning the two-story structure into nine high-end hotel rooms, paired with a restaurant and bar. The sleek bar in the back of the building is open to the public and open early (noon on weekdays, 11 a.m. on weekends), with an extensive spirit selection and plenty of beers on tap. The Sunday tiki drinks menu is always a welcome addition, given Downtown’s scarcity in tiki bars.

Video Vortex: The Alamo Drafthouse’s arrival at The Bloc was a big addition to Downtown — the multiplex known for its mix of major releases, independent films and special events added to Downtown’s collection of nightlife destination. But it’s also hosts a really strong bar. Alongside being able to order drinks in the theater, the downstairs Video Vortex has an impressive menu. There are 48 beers on tap, plus a cocktail list of traditional favorites, but also modern spins based on films like True Grit and Spectre. It’s a good spot to check out, ahead of a film or not.

At 700 W. Flower St. or drafthouse.com/los-angeles.

Angeleno Wine Co: This tiny winery is a recent addition to Downtown, now in its second year of production in Chinatown. Over the summer the winery officially unveiled its tasting room. The weekend bar at Angeleno Wine Co. has more than half a dozen varietals available, from grenaches to rosé, with the owners on hand to run through the details on each of their wines, and Downtown’s often forgotten history of vineyards. The space feels open despite the small, 1,500-square-foot confines of the winery, and customers can sit and drink next to the aging barrels and production equipment used to make the wine being served.